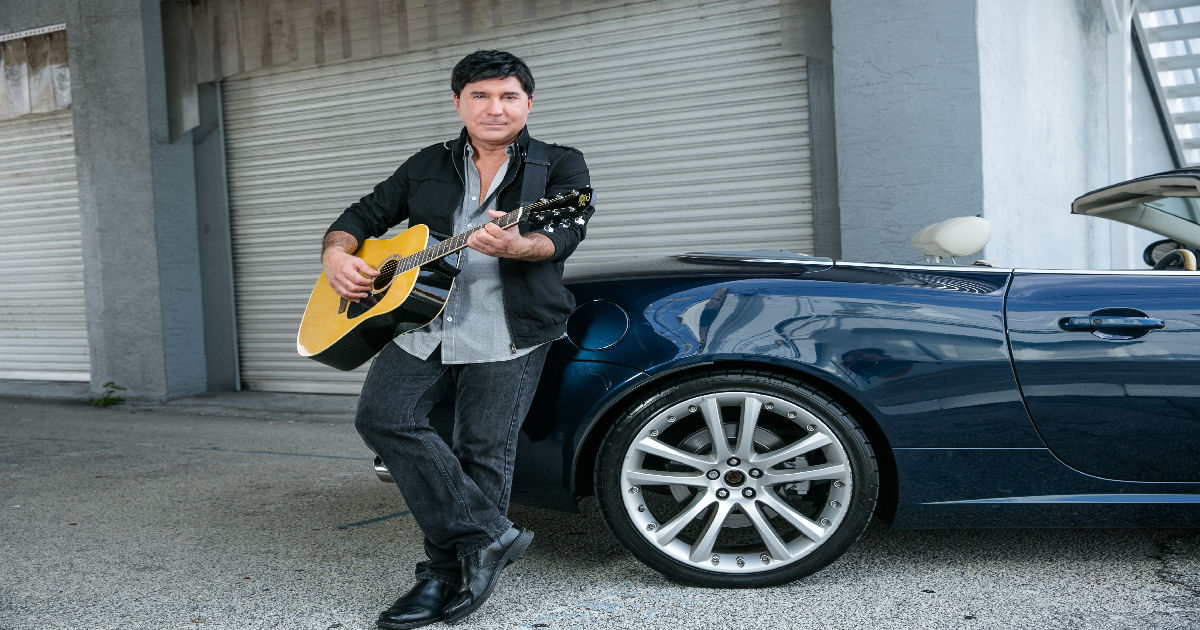 Randall Lee Richards – “While You Were Sleeping” – Single Review

Alright – let’s jump into this new single from singer/songwriter Randall Lee Richards.  Two things immediately made an impression on my ears as I began to listen to his latest song “While You Were Sleeping” – one being that the man has a tremendously textured & amazing voice, and the other being that I could instantly tell that this was an offering that would trace back to Nashville somehow.  He’s originally from Birmingham, Alabama, but moved there to further his career as a musician; it’s like how some chefs can quickly tell that there’s a certain ingredient involved – I can practically taste the Nashville in music whenever it’s present.

So…as I could with so many tunes that come from Nashville, I could wrap this review up quickly just by saying Randall’s new song is perfect from performance to production – which certainly wouldn’t be a lie.

Ultimately, I have a lot of contempt for music-factories that can churn out a guaranteed hit, but at the same time, I have to acknowledge the beauty in such a perfect machine.  Whether you reside there like Randall or you’re just passing through, the influence of the Nashville style will absolutely bleed into your music whether through the writing or the production – one way or the other, it clings hard to musicians.  As a result – as stunning as the songs become and as this one is, it can also become insanely more difficult for an artist to stand out due to the tremendous funneling of talent into one pipeline to success; with everyone taking a similar approach, it comes down to the unique textures in a vocalist or the music to break through to our ears and set an artist/band apart from the rest.

So I’m going to focus on that…because to me, that’s what mattered here on Randall Lee Richards’ new single “While You Were Sleeping.”  I could tell you the guitars sparkle, the beat is right on the money and the music is completely perfectly rounded & stunningly produced – I could tell you the lyrics draw on several successful expressions of love that you’ve encountered in one way, shape or form at some point in music you’ve heard before, all delivered in a comfortably rounded style that’s inviting to listen to.  But we already know it’s going to come out that way…that’s the Nashville spirit in Randall’s music.  You’re not going to find any flaws in his writing or any cracks in his performance, that’s just not the way this town works when it really runs through your blood and into your sound like it does for Randall.

Where this guy is gonna make his impact out there, is through those incredibly bold vocal tones and unique character that his voice has – that’s what’s going to resonate with you long after the song is over.  Randall’s got a spectacular voice that has exceptional tone & sincerity strong enough to make these words come alive, and that’s important considering the Nashville-factors that I’ve already pointed out.  You can go for the big-notes, you can write a good tune…but if you can’t ultimately find a way to connect those two important dots together as a performer, in Nashville, you’d basically turn into dust and you’d quickly become forgotten.  Randall HAS that ability to make the material matter and sound real through the commitment, tone & focus in his voice – and as a result he’s found success with his music all around the globe on over 1000 radio-stations and been nominated for some seriously impressive awards like New Artist Of The Year/Crossover Artist Of The Year (New Music Weekly 2017).  There’s zero doubt about the fact that there are already hoards of people that have recognized the fact that this singer stands out from the rest with that voice he’s got, and clearly he’s still just getting started.

Time will tell if Randall chooses to break-free of that Nashville influence and express himself more creatively as an artist, or if he just wants to continue on writing & recording flawless tunes.  It’s pretty hard to talk a team out of winning, know what I mean?  Clearly he’s got all the right tools for success – he’s truly done a perfect job on “While You Were Sleeping” and it’s a single guaranteed to pull at the sentimental heartstrings of country & love-song fans out there…I wouldn’t take a thing away from the way Randall has performed this song or the way Stacy Hogan has produced it – it’s undeniably solid gold to listen to all the way through.  It’s my natural instinct to challenge any kind of potential risk for an artist to fall into the vast sea of sameness, which is a direction I think a lot of roads out of Nashville can take someone, no matter how strong a performer or writer you are.  It’s all about encouraging what made that artist find their way to that place to begin with…embracing that natural talent and the instincts that got them there and following their dreams from day one.  Randall Lee Richards clearly has a lot to offer music with the fantastic voice he’s got…so full of expression, pure emotion and raw, honest tones that reveal the heart of a lion when it comes to performance time and making that connection to the words as strong as it could possibly be.  The more he embraces that amazing natural talent he’s got…that insightful ability to connect in ways that others can’t…the further he’ll go in his music & the more people he’ll be able to reach overall.

Find out more from the Randall Lee Richards official Website at:  http://randallleerichards.com/

Tags: Randall Lee Richards Singles sleepingbagstudios While You Were Sleeping