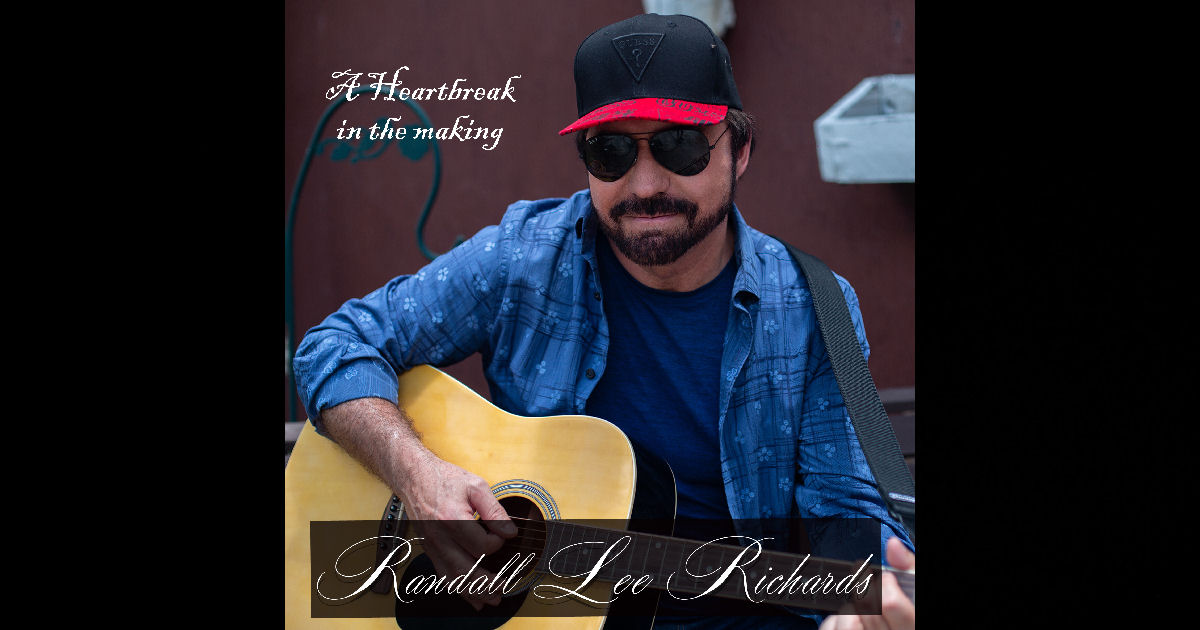 Randall Lee Richards – “A Heartbreak In The Making” – Single Review

It’s one of those situations where it almost feels like Nashville not only threatens the uniqueness of the music community at-large ALL the time – but now I have to wonder if that also infiltrates my work as a reviewer as well perhaps.  I mean, Randall, your song is perfect – that’s why you’re in Nashville ain’t it?  So whaddya need me and my opinion for?  Why would any Nashville-based artist by that same logic?

Truth is, they don’t!  Expected input = expected output, does it not?  No one out there is going to complain about the production or performance on “A Heartbreak In The Making” from Randall Lee Richards…which kind of throws this whole writing thing into the ring of the promotional circus a lil’ bit.

You’ve got your strengths…the sound, the production, the songwriting itself.  You’ve got your challenges…the Nashville-effect & once again, the songwriting itself.  You definitely can’t knock Randall for his performance – he does a great job in singing his heart out on this tune to the point where apparently he might have broken it, or someone else’s.  Great tone though…he’s got a solid low drawl that makes for a good listen & style in his rhythm.  Production is on-point, it’s got that warm glow and inviting sound that the city is famous for pumping out and it adapts well to his own style, which mixes in a bit more of a modern-day element or two into the music.  From a Diane Warren or Jim Vallance type-perspective – again, sure thang cowboy, your song has all the right lines included that they’d all clap & cheer for…all the metaphors are clean, clear, and understandable by virtually everyone.

As far as those challenges go, Randall Lee has got a mountain to climb up if he wants out of the sea of sameness…that’s just me being real with a brother, man-to-man.  Ain’t nothing wrong with the song, like I said…that’s perfectly intact – but this is the second time we’ve reviewed Randall Lee’s music to that same conclusion – and that worries me.  My fear is that it’s all very similar to many that have come before him from the music to the lyrics and I’m not entirely convinced he’s done enough to set himself apart from the rest or make this memorable beyond the hooks themselves.  You’ll remember them…and that’s not to be taken lightly – that IS an achievement as well…but in terms of identity…I think good ol’ Mr. Richards has got to give a lot more personally to his music in order to establish that.  Right now, Nashville’s eating his soul…whether he’ll want to admit that or not, is another story…but this is how it can go folks; you’ll get your perfect song – hell, I can PROMISE you that…but whether or not you escape the music-mecca as the YOU that you came in being…that’s another story entirely.  It’s a mysterious place on our planet that can turn you into everyone else if you’re not super careful about minding that uniqueness of yours.  Only the strongest survive & it’s a freakin’ tough swim for anyone.  When it comes to the songwriting as a potential challenge for Randall – it’s those very same lines that a Warren or Vallance or Child etc. etc. would proclaim as penned brilliance that will come out sounding glossy & detached to others.  I hear well written lines, I hear many familiarities and similarities to other love-songs from throughout music’s history inside & out of this genre – but what I don’t hear is that genuine connection.  I hear a well-sung song, I hear a well-written tune in the traditional songwriting sense…but establishing that authenticity & sincerity to such a shiny & polished sound is nearly an impossible task for anyone, not just Randall Lee Richards.

Added positives would include the backing vocals and the smoothness in the transitions of this song from part to part; again, I feel like Randall Lee sings this tremendously well, I’m just not quite convinced that it’s enough to remember him by name months down the road from now…time will tell on that.  I also dig the guitar solo at the end of the tune…kind of wish there might have been more of that, but I get it, I get it…not the place for that here…gotta make room for those hooks right?  That’s just me teasin’ Randall Lee here…and throwing another elbow into the ribs of Nashville en masse.

Just remember dear readers, dear friends – I am just one dude with an opinion…and there’s just as many or more of me out there as there are artists with hearts breaking in Nashville & pickup trucks broken-down in Country music.  I have no doubt whatsoever that there are more than enough people out there that will love what Randall Lee Richards has come up with on “A Heartbreak In The Making” – songs like these always have and always will find an audience.  He doesn’t need me or anyone else to tell him he’s got a perfectly single-worthy tune on his hands…he already knows that – it’s got the Nashville stamp all over it and those never come out as anything less than a perfectly balanced, well-rounded & pleasant listening experience.  Up to ol’ Randall Lee if he wants to pursue that identity beyond the results, in which case there’s still a long way to go – but if it’s just the results he’s looking for, I’ve got no problem at all saying ‘job well done’ here and neither will anyone else!

Find out more about Randall Lee Richards at his official website at:  www.RandallLeeRichards.com