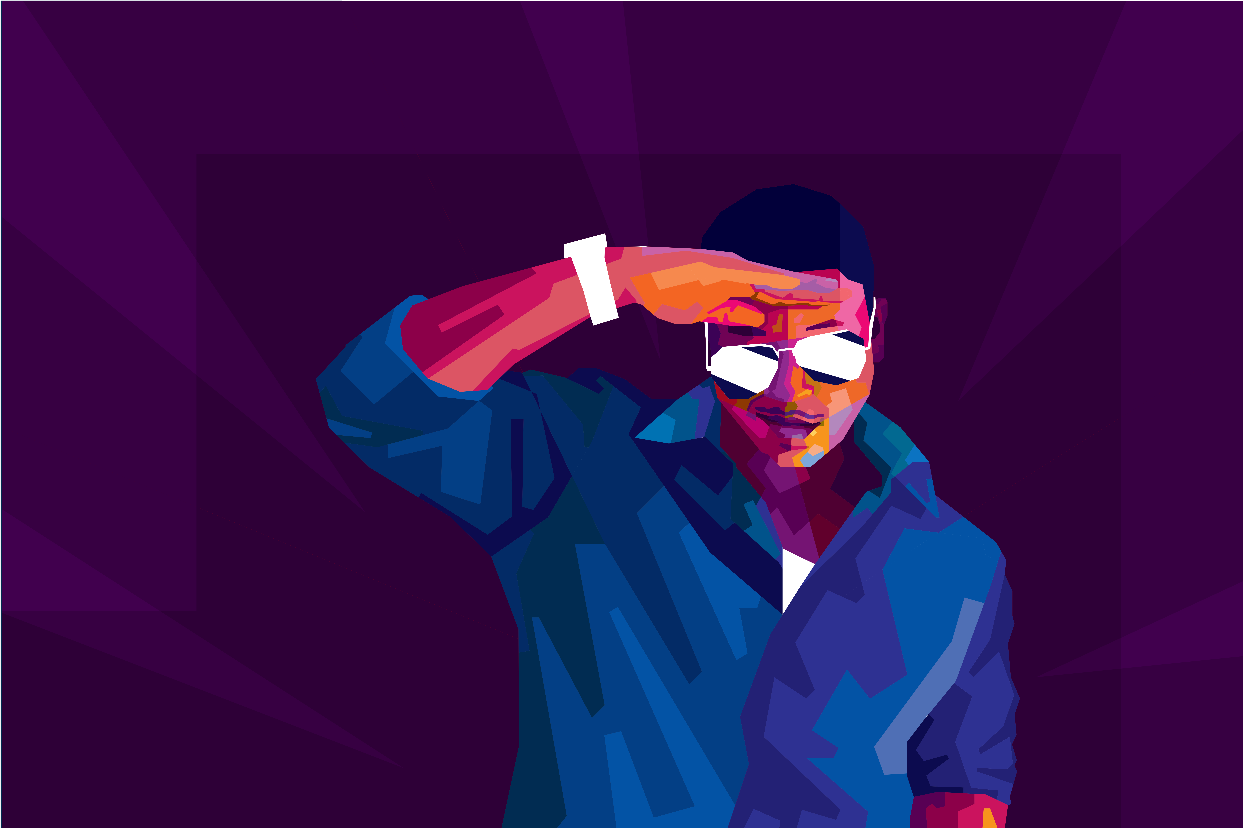 RaKeem’s done pretty well with these new singles we’ve gotten ahold of.  For the most part, what I’ve heard is a solid mix in R&B/hip-hop music, well-written songs that showcase some of the real strengths that RaKeem has as a singer/songwriter.  As a set of four singles…with no additional information to go with it…I’d definitely say there’s something here…potential maybe more than fully-realized this time out…but damn close…there IS definitely something here…

If I had to guess, I’d assume that RaKeem is still pretty new to it all, and just finding his way right here, right now.  Nothing wrong with that!  The few cracks and slips here and there are bound to happen on the path to refining and defining a sound, especially when it comes to vocals.  Besides that…you’ve got to appreciate that any slip in tone on a track like “Give It All” is a result of taking the large risks involved in going after some seriously ambitious notes or ideas in the writing.  Because make no mistake, RaKeem can certainly sing…and from “Give It All” alone, you can hear that he clearly knows how to write a fantastic song…the guy has talent, there’s no doubt about that.  I happened to start the list of four tracks with “Give It All” though…and that was the first impression…in those first four minutes there’s a ton more victories than there are losses…any dips in tone are minor.  I will say this, like I say to all artists that go through something similar…don’t forget RaKeem…it’s the 5% that YOU hear for the rest of time.  As listeners, we’ll hear the full song for what it is and be able to enjoy it always…but as the artist performing the song, any spot where you know you slightly missed the mark or could have somehow done better is what you’re going to hear instead of being able to acknowledge the song as a whole over time.  I think 95% or more of “Give It All” has RaKeem right where he should be in the mix, in the tone, and the energy…a few spots in that line that leads right into the chorus where he rises up to bring the dynamics into the chorus that give him some trouble.  All that aside, “Give It All” is well-written…the idea is extremely solid and any fixes to this track would be minor to get it to that 100%.  Good mix of soul/R&B in this cut, excellent slice of hip-hop coming in around the four-minute mark that sounds perfect on the bars, confident tones and precision flow.

Listening to “Nobody Better” made me rethink things a little…and that maybe the R&B thing was more of an exception than it was the rule when it came to the music of RaKeem.  Definitely more of a club-style hip-hop track with “Nobody Better” solid dynamics to the music and samples…hooks are strong.  You can hear the production isn’t quite as strong as “Give It All” – not quite as bright & shiny as “Give It All” was, but again, minor fixes here and there are gonna clear that right up.  The important thing in this second cut, at least for me as a listener, was that RaKeem find a way to keep the ideas edited and the tone on-point throughout the entire track.  And he does that.  Again, there’s many more rap-bars and much less of an R&B-singing approach to “Nobody Better” – but RaKeem keeps it flawless through the flow and the energy matching the vibe throughout as much as you could ask for.  Great trade-off between the verse & chorus…they’re both strong in their hooks and you look forward to both main parts of “Nobody Better” equally.

Heading back to a more R&B-infused atmosphere on “Song For You” – I felt pretty much the same as I did with “Give It All”…slight issues with the tone matching at times, but for the most another song that displays good ideas and solid writing.  What gave “Song For You” maybe more of an edge for me is that I thought the emotion of the vocals matched a little more…like a message that’s been meaning to be sent, and RaKeem is really making sure to make most of this moment, and hopefully not too late.  I think the background vocals would have been tough to pull-off…it sounds like RaKeem has tackled them all, and they could use a maybe another layer, or some editing on one of them…but again, for the most part, they’re communicating the idea in the hook extremely well.  I think what he’s really getting right are the rap-verses that have occurred in both “Give It All” and “Song For You” and inserting those into these R&B tracks…that’s working highly in his favor – both times those have busted in, they’ve been outstanding.

Going from the passionate-meets-desperate-to-communicate vibe of “Song For You,” RaKeem chills everything right out in the final track I’ve heard, “The Deal.”  I think this might be the best I’ve heard him so far…I think this track really mixes it all up in the ways that suit him best.  There’s singing, there’s vocals with effects & without, lots of room and space in the track to let the notes come out smoothly & perfectly – and he really does on “The Deal.”  Absolutely loved the music that supports the vocals…I didn’t think I was going to love it as much as I did with the synth-bursts that jump in & out, but the main melody has a real free-floating sound to it…the whole song really just has an anti-gravity feeling to it.  Uplifting, to say the least.  Whether he’s using the effects on his vocals, or taking them on straight-up, RaKeem sounds great on this final cut…great depth to the tones on his singing and in general, those extra seconds he’s allowing himself to really chill here are paying off big-time in “The Deal.”  I think of all four tracks, I ended on the biggest highlight of them all…the melody in this final track is sincere, delivered flawlessly and with real understanding of the perfect energy to put into the vocals.  Absolutely the kind of impact you want to make at the end of an experience – I already want to hear this again due to the strength of “The Deal,” which is something RaKeem might want to consider when making that full-album or EP in the future.  Definitely a strong song to end on, one that highlights the potential in full bloom…”The Deal” is a strong indication that RaKeem could very well be heading in all the right directions.