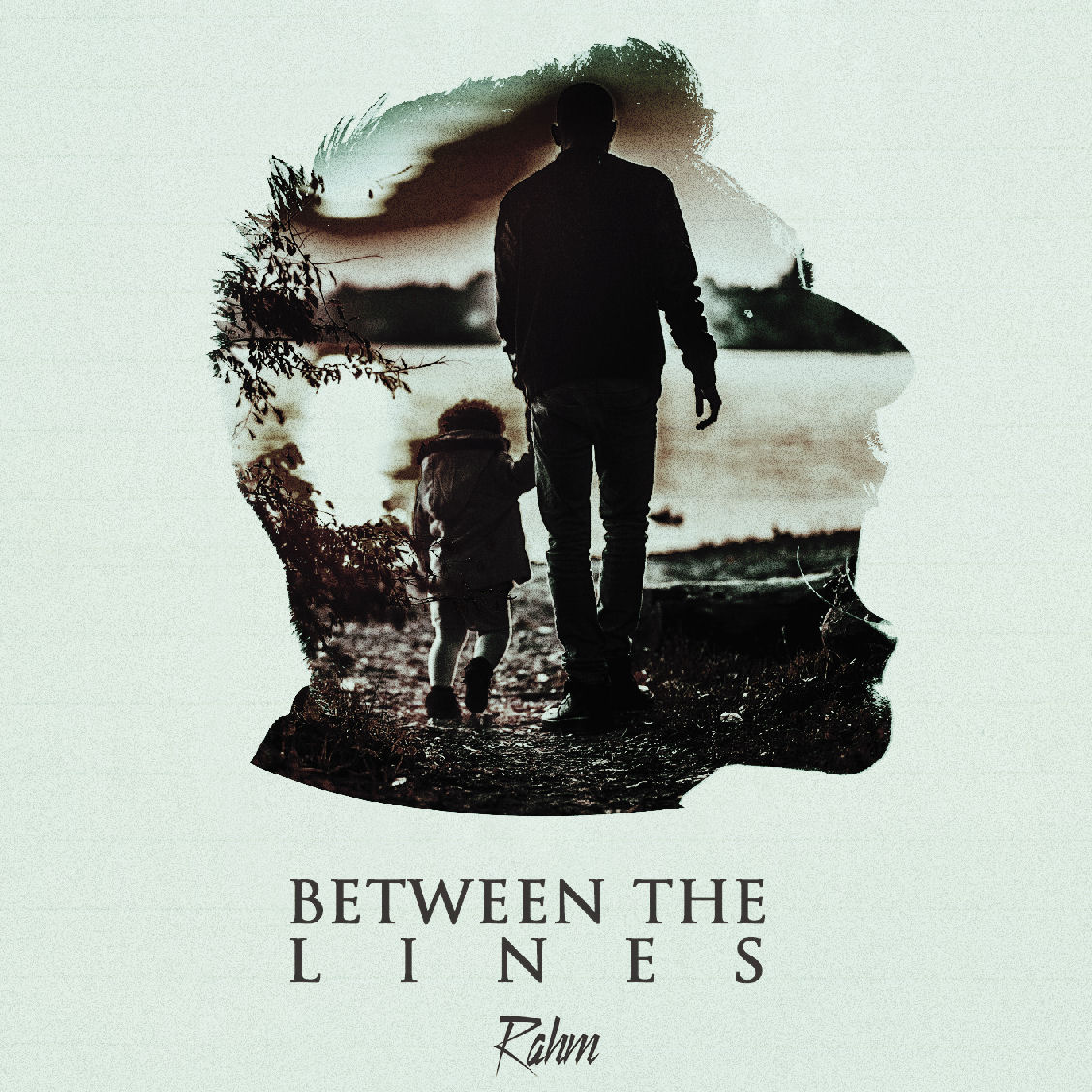 Rahm – “Between The Lines” – Single Review

This…was an extreme pleasure to listen to.

Not only does the latest single from Rahm really have a mystifying sound to its atmosphere…there is incredible skill and structure here in this bold song.  I say bold because clearly Rahm is making true ART out of his music…there’s so much more going on here than in your average composition.  “Between The Lines” is a seriously dark & inventive song, full of stunning movement and transitions between epic parts of writing with wild ideas that completely come alive in this emotionally-complex and contrasting, ever-changing soundscape.

The samples amongst the sparseness and spread-out atmosphere combined with the vocals make for an incredible opening to “Between The Lines.”  A reflective set of lyrics reveal a bleakness of sorts…one that questions the direction of the future and where we’re headed as a society; perhaps ‘questions’ isn’t as appropriate of a word as maybe ‘accuses’ might be.  “Between The Lines” has certainly got its mind, attitude and direction made-up and set in stone…we’re on a crash course for impending doom and the lyrics echo this self-destructive sentiment of today’s current political and sociological climate.

It could just be me…but the way I heard this song was in two main parts.  Though of course, there’s multiple parts-within-these-parts I speak of…but really, “Between The Lines” almost sounds like a full-on dramatic theatre-play happening right in front of you – so maybe like, Act I and Act II would be a better way to say what I’m thinking…

Anyhow.  The first part is supercharged with dark-emotion fuelling the atmosphere and mood of the music…almost a little Bowie-esque in the commitment to this performance and its charismatic writing.  “Between The Lines” starts very powerfully with a swirl of vocals and instruments all blending together magnificently to an overall majestic sound of sorts.  It’s a BIG song that sounds in charge of its every moment – Rahm has done exceptionally well to bring out the best in the attitude of the lyrics on what is essentially a very tough song to even find the ideas that would fit into it.  Very progressive in its structure that way…you can feel the mighty definition of each part as it plays through, but also associate the amount of amazing work that would be required to write a song with this much ambition.  To say Rahm has pulled this one off would be a massive understatement – “Between The Lines” displays an incredible understanding of composition, production and writing at every single pulse and turn.

Instrumentally…there is so much to love!  The piano parts are wonderful in their melancholy-glow…the drums are absolutely spectacular and sound incredibly confident…that SAXOPHONE solo is enough to give any reviewer like me out there a raging-hard music-chubby – it’s extraordinary!  Bass, synths & samples fill in much of the rest with a real thickness in the low end that works incredibly well with the brightness in the female vocals, or the darkness in the male main-lead.  Both spring to life in their respective verses and lines with truly inspired and artful performances that fit right into the mood & atmosphere of the entire idea and music.

Where there is dark, there is light, as they say.  The fantastic contrast of “Between The Lines” starts to drift in subtly…and it really does have everything to do with the vocals and how they eventually switch places.  Everything in this track is on-purpose and placed perfectly…the main lead keeps the track sounding desperate, melancholy and yearning, just as its intended to sound.  But somewhere around its third-minute, “Between The Lines” begins to shift into Act II, where hope seems to exist.  You can hear the additional backup harmonies of the female-lead creep in as the song nears the third minute…and then up-front of the mix for a short breakdown trading with Rahm’s brief spoken-word.  Once that moment is over – the track fully embraces a much brighter, lighter atmosphere.  Cymbals and toms are spreading out throughout the music, the vocals and harmonies really echo the feeling of freedom and the flute soloing in the background gives a real innocence to the overall sound of the inspired ending to “Between The Lines.”

As I understand it – this is the third single from the upcoming EP also titled Between The Lines – a debut if you can believe it!  I think this entire song has been a serious trip to listen to…it’s assembled entirely professionally and written with strong progressive ideas…I’m excited to hear what else Rahm comes up with – this music is incredibly adventurous and could potentially lead him anywhere.  No matter which direction the music of “Between The Lines” seemed to turn, there was more substance, more to offer and more to keep us captivated…Rahm is a true songwriter with an extraordinary gift in communicating his thoughts, ideas and emotions through music.