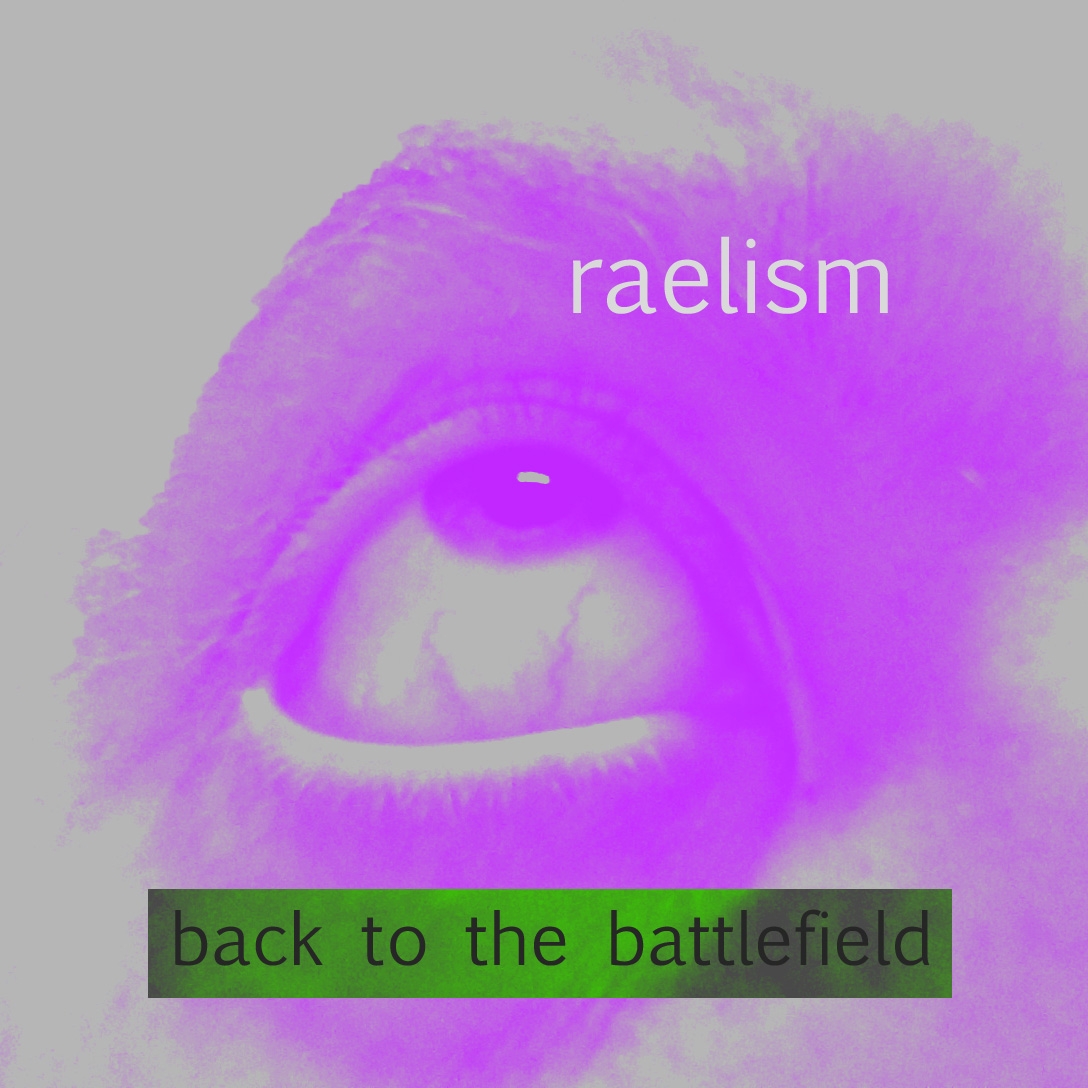 Raelism – Back To The Battlefield – EP Review

A rad dose of the ultra-cool from the electro-world of Raelism. Meeting somewhere in the land between videogame themes and modern-day electro, this innovative glitchologist has created some pretty intense compositions here on Back To The Battlefield, an EP chockfull of innovative beats, smart samples and music that has tight grooves & clever beats.

“Slightly Less Than Human” starts it all up with a slow-burning intensity that sounds as menacing as it does inviting. Really dig the electro hi-hat rhythms that largely carry the song, the synth that eventually joins in has killer ideas laid out as well, and Raelism’s use of space in this opening song is quite impressive & just as effective as the notes he’s playing. Captivating sounds really…”Slightly Less Than Human” hints at something bigger to come…like we’ve come Back To The Battlefield, but like the battle is still yet to fully begin; this first track builds up the anticipation and shines in its final moments.

What I think I appreciated most about Raelism’s Back To The Battlefield EP, is that musically it tells an entire story. Everything from title, to subject, to track-length & sound – it all fits perfectly and you begin to see the narrative take shape in these instrumentals when “My Fight (Is Nearly Over)” begins. Sounding like the first-stages of battle when it opens, it eventually pulses into a wickedly-smart simplified beat and tricky, complex electro elements join in. What sounds straight-ahead is fooling you…listen closely…there’s plenty of work being done on this music and the way some of these notes bend around is massively enjoyable if you can catch it all. Somewhere in the middle of “My Fight (Is Nearly Over),” the battle becomes a dark sounding mini dance-party…excellent piano rhythms light up the mix and the whole vibe switches up before it breaks down. The final moments and last forty-five seconds or so of “My Fight (Is Nearly Over)” remind you this war was far from over as Raelism comes raging back into the groove before it ends.

And then we have “Escape (Between Battles),” which sounds like an audible freedom and the appreciation OF said freedom. A light & airy rhythm…for the most part this song swirls with a beautiful clarity in its melody and a massively addictive, hypnotic beat & atmosphere that can’t help but put a smile on your face. As the chord progression heads downward, there are a few notes I’m a little unsure of, but even though this moment finds its way into the track a couple times through repetition, it’s a very minimal part of the song by comparison to the whole. In other words, I might question a couple notes, but the rest of “Escape (Between Battles)” certainly warrants keeping the entire track. Right around the fifty-second mark when the beat starts its mechanical-grind into this tune, I absolutely loved it…that snare’s sound is fantastic for this tune and a great choice from Raelism to help drive this beat. I’d cite between 1:45-1:50 as my example of where things take a slightly unexpected turn in the melody where I wasn’t sure it all worked…so yeah, we’re talking like, a total of ten-seconds or so within this entire 3:14? I suppose I can’t really complain.

“They’re All Dead Now” begins like a scanning of the battlefield and an assessment of the damage done. After the initial shock…it resumes from pause on the videogame-ish aspect of Raelism’s music and feels like a wandering around in a whole new world, reset from battle and levelled-out. Interesting choice I thought to add in the vocal samples towards the end of this instrumental EP…it did make the music do something it hadn’t and sounded new for what we’ve heard…but I’m not so sure that was the key to this final cut even though much of what is being said spells out some of the intended mystery from beforehand. Perhaps that’s what it was…I was enjoying letting my mind wander with the music and the interruption of being more directed by a vocal-sample I felt maybe wasn’t the right fit even though it sounds cool in the mix. For roughly twenty out of twenty-one minutes Raelism has had us completely convinced he doesn’t need a single word…to haul a couple out in that final minute just seems like a strange choice. I found it worked best when I heard it as a sound more-so than listened to the words per say…like another instrument added to the song.

In any event…wouldn’t want to leave this one on any kind of down-note, I’ve immensely enjoyed my time in Raelism’s world on the Back To The Battlefield EP. There’s a great mix of sound & style on these five tracks…and a logical flow that helps bring out this story in-full, even without words. I think that says a lot about the instincts and song-writing capabilities of Raelism…definitely an artist with the ability to captivate the mind through music.

Tags: Back To The Battlefield EP Raelism sleepingbagstudios