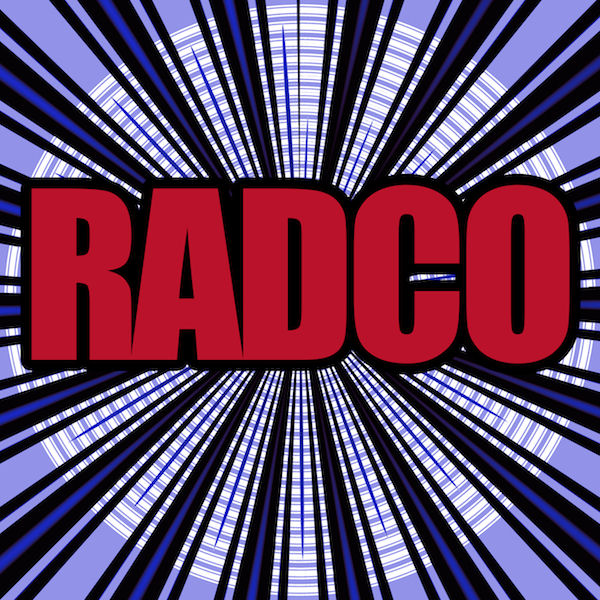 RADco – “Pulse From Above” – Single Review

I’ve got homegrown Canadian dynamic groove-rock from RADco in the form of their latest single/video called “Pulse From Above” raging through the studio’s speakers tonight.  Released at the end of February this year…word on the street is that RADco is determined to make 2017 their year and are more focused on making this whole music-thang happen than they’ve ever been so far.  That’s natural…they’ve been around since 2013 and had time to evolve and find their ultimate direction for the sound they’re looking for…and like many of you out there, once you hit your stride, it’s go-time is it not?

From what I’ve read…what I’ve heard…what I’ve seen…sure seems like it is for RADco.  Consisting of ‘two chicks & two dudes’ – they’ve got an edge to their accessible sound and barrage of hooks on “Pulse From Above” that sounds equal-parts menacing & dangerous as it does entertaining & fun.  With a Kyuss-esque plunge into an extraordinarily catchy, heavy blues-rock vibe…the music is THICK and full of meaty substance for your mind to dig on as the song progresses.  The bass keeps the song fully leaning towards the heavier & darker twist on the hooks…what Kent Bendall is bringing to this cut is super strong, sturdy, rhythmic & reliable.  Combined with partner-in-crime in the rhythm-section, Amber Banman on the drums who adds-in a storming confidence through pounding toms and a tribal-style beat fuelling much of the energy in this song all makes for a great listen in itself, but also allows many of the other elements in this song to stand-out even more as the song continues to display its intense ideas.  Selfless, confident players like Bendall and Banman are what lead to incredible bands, songs, albums…the list could go on & on but you get the point; they find a way to not only make their own mark in the music but also really pass on an opportunity for the other members of the band to dig deeper into their own creativity to find something really unique to bring to it.  Otherwise you could probably just leave the two of them on their own and you’d STILL have a damn great song to listen to.

But here’s what I mean, for instance…those guitars!  Stephen J. Horak…you sir, are killin’ it.  I REALLY dig the sound, tone & style that he’s playing with and the parts he’s written for the guitar are exceptional…hooks as big, bold and strong as the ones you’ll hear from the vocals.  Really dig those…solid writing & playing that is really able to let itself loose throughout the song and in the wildly-expressive solos too of course…all again thanks to the intensely reliable rhythm section that never quits in RADco.  Definitely appreciate writing like this from a band…the multiple layers of depth added by really putting the work into it all shows that the three main ingredients RADco’s instrumentation of bass, drums & guitar can create huge entertainment.  That being said…not sure ultimately who is responsible for or playing it, but there’s also a really key additional element of “Pulse From Above” that comes from the synth-sound twisting itself into the mix.  For now we’ll credit the band with making a smart call to add that in there…it’s clutch; subtle but a truly great fit for both its tone and the atmosphere it provides on the parts you hear it come through most in.  Personal fist-bump from me to you all…I thought that hit the mark and filled in that last piece of this puzzle perfectly in the mix on “Pulse From Above.”

RADco has a very strong presence on the microphone that comes from the smart melodies and powerful tones that Wilde is singing on this latest single.  Undeniably impressive – you can absolutely hear just how much range and potential her vocals have…and you can hear that natural born-entertainer quality in her voice as she sings as well.  Throughout most of this song, keeping in mind that RADco is still under 5 years-old and hasn’t put out too much music so far (Though as of writing this, you can already find more new songs posted up!) – I kept trying to find the ‘cracks’ in the project, if you will…or a place to offer some sort of helpful advice or insight to the band in whatever way I could…but there really isn’t anything to complain about or really anything I could say that wouldn’t be nit-picky or just a matter or personal taste.  As a band…RADco has achieved the objective…and they should be stoked about the way this came out.  I love where Wilde sits in the mix throughout the song and how they’ve got the music surrounding her up nice & loud – it never takes away from a powerful singer like she is, it just makes the music that much stronger and the band sound that much bigger overall.  For rock – that’s the right move every time in my opinion – and again, you’ll hear Wilde break through the music good’n’plenty – she’s got an entire army’s worth of force and power in her voice and commands the mic with confidence.  The ONLY spot my ears questioned occasionally was that very first line on the way into the chorus…wasn’t entirely sure if it was ultimately because of the tone she chose or the energy of the way she approached it…but that’s a pivotal moment in a song of course that you always want to get the maximum effect out of.  I think progressively through the chorus, you can hear Wilde slip into the moment more & more and get the best out of herself as it moves on…but that first line was one I noticed each time it came up.  Might be something to consider, might not be…all up to them of course!  As far as the rest of the song…you know, the other 99% of it – Jen is right where you want her to be with confidence, tone and power to spare.  As “Pulse From Above” heads towards its final forty-five seconds or so – she becomes absolutely electrifying in her performance with a gripping twist in the writing & style of this song that leads it to an incredibly satisfying and extra-explosive ending as they storm-out the gritty final minute.

RADco…I dig you guys!  Well…you ‘two chicks & two dudes’ – you know what I mean…I hear ya, I dig ya, as individuals, musicians and certainly as a band that’s on the right track.  You’ve got yourselves a great thing started here and I can hear the potential for where it can go in the future with the four pillars of strength in the lineup like it has right now.  Keep those innovative twists coming and the sound as big and bold as it is here on “Pulse From Above” and 2017 will easily be your bitch…then of course, world domination comes right after.

I’m pretty sure that’s how it all goes isn’t it?