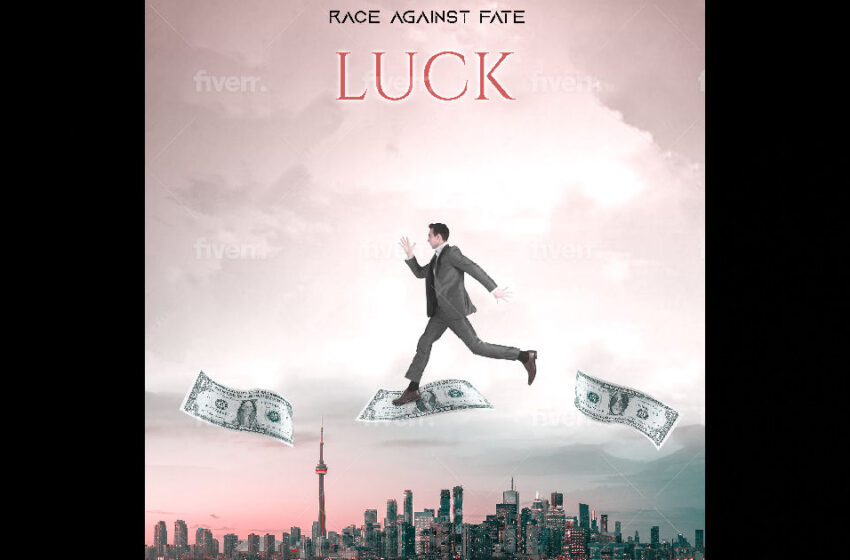 Well here’s a blast from the proverbial past!

It’s been more than a minute since we last had Race Against Fate on our pages here…it actually traces back about a couple months shy of four years to the last review in 2017 with the single “Far From You.”  Before that, we used to see this name popping up pretty much on the regular in & around 2016…I’ll have to check into whatever it is that I wrote into that last article that kept this solo act away from us!

To be fair to Race Against Fate and the artist at its core, Vik Kapur – the dude’s been making music, he’s been posting…maybe a small hole here & there on the musical resume & in between now & then, but I can see he’s still been playin.’  He also did what looks like a total re-haul of the Race Against Fate site at ReverbNation in April 2021 as far as I can tell…if you’re looking for the complete set of tunes by this guy, that’d be a mighty fine place to be looking & word on the street is that this new song is doing well there.

Whereas we put so much stress on objectivity when the bands & artists we listen to seek to change their sound & shift into that next-phase of their career…quite honestly it’s equally crucial to be just as understanding when they wanna remain in the same gear and explore the depths of the sound that they have.  As in, there are some out there that with a nearly four year absence, I’d practically expect that in pushing play I’d find something altogether different from anything I’d heard in the past…but I didn’t feel like that would be the case with Race Against Fate.  Vik’s got his thing, he’s had his thing ever since I’ve been listening to the man’s music, which actually dates back even further, all the way back to the first year I started publishing reviews on our website here in 2013…and chances are, given that he’s was already rockin’ with a professional sound by that point, that he’s had his thing for longer than even I’ve been personally aware of.  Not everyone out there is in it to full-on change the game; some artists, some bands, simply wanna do what they do really well & to the best of their abilities…and if they keep ya entertained in the process, bonus.  Vik’s dialed-in to the sound he knows that works for him and has no problem spending the majority of his time there; I’ve heard him flex a little this way & a little that way with his music as Race Against Fate, but for the most part, I feel like I know what I can expect to hear, and that his comfortable spin on Pop/Alt-Rock combos is always going to provide a reliably welcoming sound to my ears, whenever I hear this solo project’s music next, however much space there is between appearances on these playlists over here.  Dude’s always been a steadfast songwriter with a whole lot of heart and a great mind for making music – he’s written all kinds of hooks & melodies that have held up seriously strong over time…it was actually a lot of fun to just rescan our pages & search for all the Race Against Fate stuff I’d posted up throughout the years & realize I pretty much remembered EVERY song.

With respect to all of this, listening to the new single “Luck” felt like the return of an old friend that you had missed for longer than you realized, until they reappeared right in front of you.  Welcome back in every way, it’s awesome to have this Canadian artist on our pages here again at long last with a brand-new tune.  New-ish at least…you can find evidence of the original electric version dating back to August of last year, but with the re-launch of his ReverbNation site this past April and a shiny acoustic version as well…I mean hey, there’s never a bad time to promote a good tune, right?  I enjoyed having Race Against Fate jammin’ back through my speakers after all this time had gone by…”Luck” was a great tune to come back with…and if anything, it was tougher to choose between which version I ended up liking better.  Not that I need to choose – I can listen to both, just like you can yourselves out there, right now.  I might even just side with the acoustic version for the fact that you get to spend another minute with “Luck” than you do in its electric form…but ultimately, it’s a song that’s come out really well for Race Against Fate in both forms you’ll find.  When you’re listening to them back-to-back like I am here, you’ll notice some pretty stark differences in between the production values of both versions that may or may-not play a role in how you end up deciding which is your favorite of the two.  The electric version of “Luck” admittedly, is missing a bit of that shine & polish that comes with a well-produced acoustic tune, which is what the original form is up against here…or at least…that’s our impression…we tend to think of the acoustic version of a song coming afterwards, when quite often they’re the core instrument that an original is written around…and I honestly don’t know which came first, the chicken or the egg.  I also felt like the slightly slower pace to “Luck (Acoustic)” allowed for the instrumentation & guitar to have more of a deserved moment in the spotlight…I dig the gentle percussion, the slight snaps, the backing vocals came out really strong with a warm glow to support Vik’s endearing lead.  In its electric-form, you’ll feel like “Luck” has a much more gritty & lo-fi independent Indie/Rock vibe…and that noticeable switch in how the entire way this song moves & sounds might very well be the determining factors in which version the people like best out there in the almighty court of public opinion.  Chances are, you’ll find the songwriting & the passion in the execution in both forms of “Luck” will more than pass muster for ya – Race Against Fate has more than justified the additional version, and I think that’s a huge advantage.  Yes it’s the same song when it’s played either electric or acoustically, but it’s different, and you’ll get it when you hear it for yourself; “Luck” gives you two unique spins on the energy it’s capable of creating.  I’m probably gonna side with the acoustic myself by just a fraction here…I think Race Against Fate really gets miles & miles out of the sparkle & shine you’ll hear in that version and the musicianship is stellar to hear with such crystal clarity all-around…but you won’t find me complaining about either variation.  It’s great to have this guy back in action with his inherent mix of contrasting emotions & thought-provoking lyricism, making the music he loves to make, thriving in the style of sound he truly knows inside and out.

Learn more about Race Against Fate at the official page at Facebook here:  https://www.facebook.com/RaceAgainstFateband