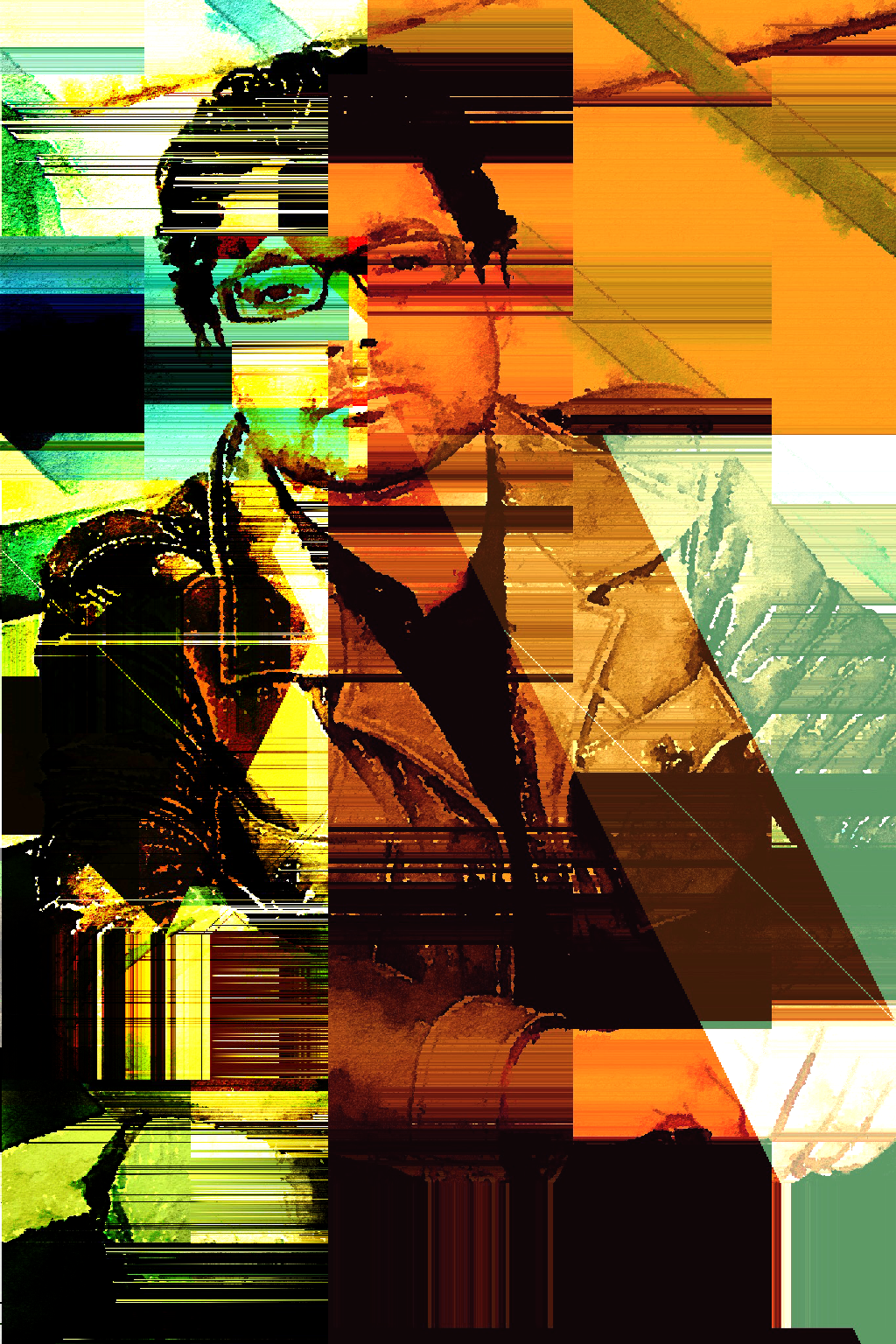 I gotta admit…having listened to everything that’s been made available from Morning Fame’s Vik Kapur’s solo side-project Race Against Fate and his aforementioned full-band as well, this new single threw me for a bit of a loop!  I usually feel like I ‘get’ what’s being said a lot more than I did on “A Perfect Canadian” – so that tossed me a little out of my element here.  Lyrically, I found this one slightly confusing to me – musically I thought Kapur has yet again found another extremely pleasant melody & flow…one that makes use of instruments like the sitar and tabla…and I appreciate the inclusion of sounds I don’t get to hear every day.  That always makes a listening experience worthwhile in my opinion – just so happens that Race Against Fate has another solid-jam in the catalog through reaching outside of the box.  Credit where credit is due & all…it’s not just because it’s not a song simplified to bass, guitar and drums – Kapur continually displays strengths in his songwriting and music each and every time we hear from him whether it’s in his band Morning Fame, or like here in his music made as Race Against Fate.

Now…keep in mind…I don’t know Kapur exactly – we’ve never met; but through the years of him making music and myself being a reviewer, we’ve exchanged some messages back and forth upon occasion.  What I can tell you is that he’s always impressed me as a genuine soul.  He writes with a solid perspective on the world, firm grip on emotion, and truly, from the heart.  The songs of both Morning Fame and Race Against Fate have often been laden with knowledge and historical-references just as much as sociological observations…he’s not afraid to put his own perspective out there, but at the same time quite often you’ll have to scratch past the surface and dig for the full-meaning.  Nothing wrong with that – in fact, generally-speaking, I love it when I get to dig a lot deeper to find out what someone is trying to say through their music.  But again…I think that from what I’ve read and heard from Vik in combination with the correspondence we’ve shared, that I can say with confidence, the music he’s writing always comes from a place of good intentions.  There might be melancholy along the way – but he’s fantastic at weaving in hope into the fabric of despair; no matter the emotion really, he’s an expressive & thoughtful artist.

As far as the new-single “A Perfect Canadian” is concerned…it puzzled me a little bit – let me tell you why.  When you look at the lyrics plainly on paper…and when you consider the current climate of today’s political, racial and societal overtones bearing down on us each day…well…I think there’s a potential for Kapur’s intentions to be taken in the wrong way here.  Don’t get me wrong – “A Perfect Canadian” is still laden with great imagery in the words…and with the music and the sweetness that Kapur brings to the melody, you ‘get’ that the lyrics are not ill-intentioned.  Where it becomes a little strange in his decisions to me, is that the song itself tells a story, yes – but it’s like we only got half of the entire chapter…and like we’re missing a conclusion of sorts.  I felt like the words without the melody could potentially imply something completely different than they are…but that’s strongly because I feel like I know Kapur well-enough to know he’s a man of good intentions.  What I felt was missing was that nod towards a definitive good in the lyrics…and even though the song is upbeat and happy in its atmosphere – to be truthful, even I’m not completely sure which side of the fence he’s standing on through the words!

All this being said…there are potential clues in here that might lead towards more information.  The narrative itself is based around Johnny – “A Perfect Canadian,” and there’s also reference to a king, to voodoo…so there could be more to the story here that I just don’t know or I’m not familiar with.  As it stands…I think the third line in the song is the one that could potentially be taken out of context and keep someone thinking along those lines thereafter when Kapur sings “His only flaw is he was born to a foreign son.”  Again…I think I know him well-enough to know what he’s talking about here…but will everyone?  Furthermore…if they don’t ‘get’ that particular line – how would the rest of the song potentially be taken afterwards?  I think there’s some risk here in the writing of these words…and again, in defense of Kapur, I think his natural good-intentions flow onto the page undoubtedly…it’s only through the eyes/ears of an a-hole music-reviewer like me out there that each word, note, tone & inflection get examined.  I think if you understand that pivotal third-line in the lyrics, you’ll get this song well enough to know he means no harm here…but as we all know…many people have short attention-spans these days and with this line being up at the front of the song, it does become somewhat of a risk he might not have been aware of, but exists all the same.  It’s tough to tell through the lyrics whether or not Kapur supports this snapshot-picture of “A Perfect Canadian” or whether it’s written from astute-observations or scarring-sarcasm…I suppose that’s what I’ve been getting at.  And it’s not like we NEED to know how he feels one way or the other in creating something that can be viewed and listened to as an artistic or even political piece – he might just very well be writing these words to make us think about what “A Perfect Canadian” really is.  Certainly made me think…as evidence by the verbal-barrage of words I’m spitting out here in review I’d say.

Anyhow…again, musically, I think that “A Perfect Canadian” has strong hooks in the melody and the song is extremely pleasant & inviting to the ears – and I think that’s what ultimately wins over any arguments about the intentions or sentiment behind the lyrics.  Race Against Fate has got another tune that will get people singing along here for sure…it’s just a matter of whether or not they’ll make the connection to the words they echo back in a positive way, which again, I think they should be.  I could go on for days with theories as to what this song may/may-not be about…but I believe that Kapur’s intentions are good, his melody is strong, the singing is spot-on and the groove is chilled-out but island-warm with its reggae-influence on “A Perfect Canadian.”  I’d be interested to know what the other critics out there are thinking of this one and if they dove as deep into it all as I have here.  Kapur is always looking to say something in his music – and I LOVE that – but I’ll admit that sometimes a thoughtful mind is a tough one to follow; while I’m not sure that I even ‘got’ this myself, I do know that I liked to listen to it!  Hopefully that makes some sense!