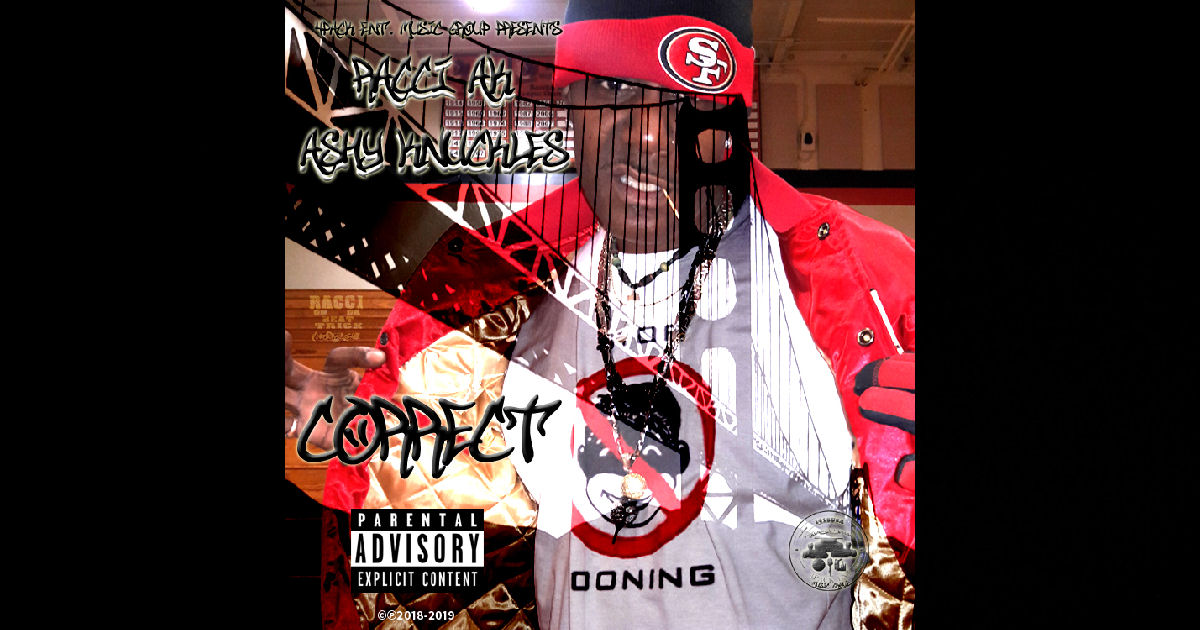 Without question, this is the best I’ve heard the man on the mic so far.  It’s always hard to get the full scope of what an artist is all about or what they can truly bring to the game through just a couple of snapshots & singles along the way…it’s a situation where the more you learn, the more you ‘get it’ – you dig?  So while we’ve got a taste of what Racci AK can do before through his singles “MBMAH” and more recently with “All N Da Mix” – this was like a full-blown dose of pure power & confidence in action.

“Ain’t nobody doin’ what I do like I do” – that’s a BOLD statement homies…but it’s one that proves to be “Correct” when you listen to this cut – he’s at the top of his game & he’ll tell ya as much on this track.  And no joke – like…I’ve enjoyed Racci AK’s tracks as they’ve come rollin’ in here at the pages over the course of this year – but this is all-out next-level for this guy, I’m beyond impressed.

The magic is on the mic, that’s where it’s happenin’ without question – Racci AK, aka Ashy Knuckles, is the star of the show here from the moment he starts laying down his bars on this beat.  The music itself is 100% solid…don’t get me wrong, there’s plenty of enticing sound goin’ on and killer low-end supplying this beat with extra intensity for this emcee to draw from…but it’s definitely the way he takes control of this moment in time that is going to be what the people remember most.  Even the hooks – the hooks are bulletproof…but so is every single bar and verse from Racci AK along the way – the writing is remarkably flawless here in every way you can think of – but it’s the execution that continually steals the show.  The skill is on display from the lefts to the rights on “Correct” – you just can’t beat the amount of character & charisma he’s surging with here – LISTEN to his tone of voice!  LISTEN to the spot-on delivery and how focused he is not just on what he’s saying, but how he’s saying it – THAT is what’s making it work here.  That’s what proves the fact that “Ain’t nobody doin’ what I do like I do” is “Correct” beyond any doubt to any set of ears out there.  Racci AK’s got a seriously single-worthy cut on his hands with this track “Correct” that continually flows hard with enormous confidence, gripping sound, and an emcee that seriously never lets up or has ever sounded better than he does right now.

This is that connection the people are looking for in the music they’re listening to right now – that applies to all genres of course, but even here in the Rap game, it matters to those out there pushing play that the artists/bands they’re listening to are giving it everything they got – and because they WANT to do it, not just because it’s their fifth record & they’re going through the motions.  You gotta bring that freshness to your current material…it’s a debate I have with people all the time; in my opinion, your new shit should always be your best shit – or at the very least, at the time of, you SHOULD feel that way about it.  I can’t imagine that Racci AK could listen to “Correct” come back at him through the speakers with the finalized mix for the first time and somehow feel like he missed the mark – he couldn’t have done a damn thing better on this single and it’s something that each and every one of us listening can hear, even him I’m sure.  You always hope to hear that evolution in an artist or in music you listen to, which is something I bring up here quite a bit with the good fortune of being able to follow the careers of the independents out there over time – and that definitely applies here…this is that breakthrough I think we’ve been hearing in the potential of Racci AK from day one brought to life with boots on big enough to stomp out a whole crew of emcees in the process.  This is the kind of epic performance on the m-i-c that will seriously have other rappers questioning whether or not they EVER had any bars.

“Never mumble when I’m speakin’ on the mic” – nor does he have any reason to hide his words.  Racci AK is looming large with incredible confidence, rhythmic hooks, and bars for days on “Correct” – hands down the best track I’ve heard from him so far and easily one of the best cuts in Rap/Hip-Hop this year.

MACKronyms is coming – make sure to stay up to-date on all-things Racci AK and follow him over there at the Gram by visiting his page here:  https://www.instagram.com/4packent