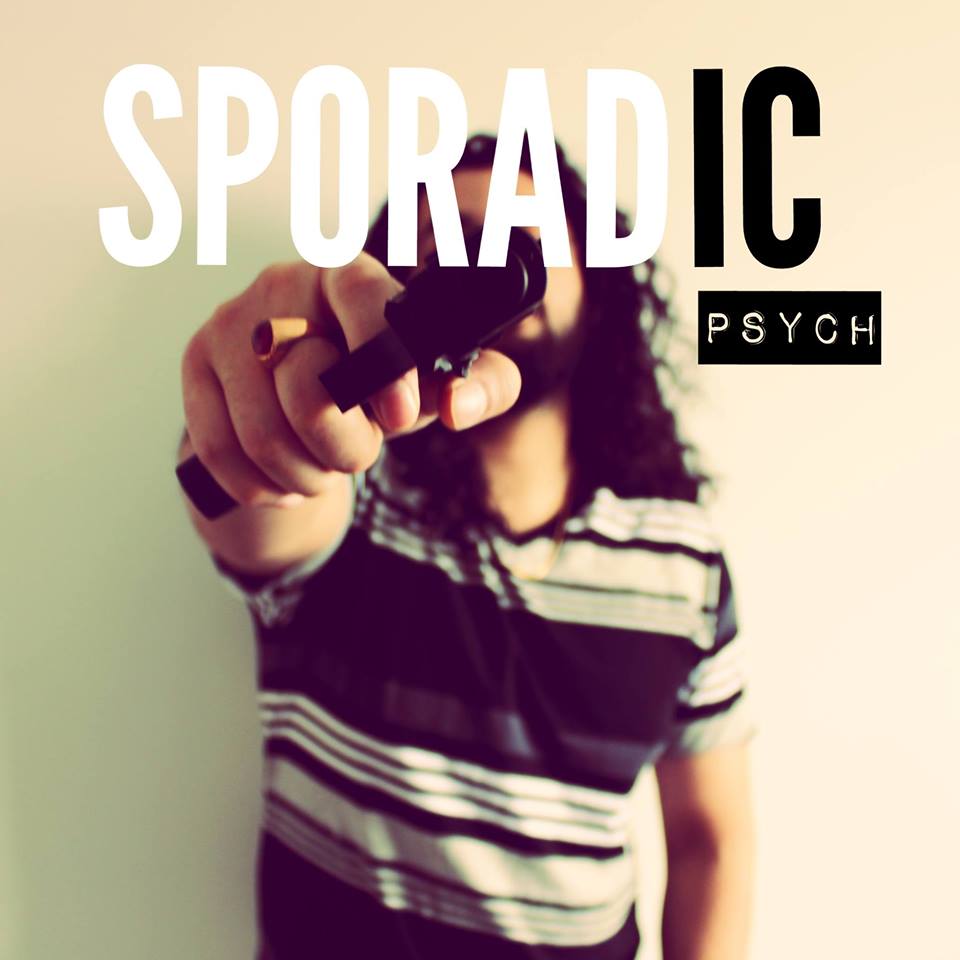 A real leader leads by example.

Psych could be writing in multiple directions like most artists/bands tend to do; most people out there don’t tend to keep as much focus as this artist does when it comes to HOW to deliver the messages they’re putting out in their music.  Psych’s perspective on how he approaches his writing is a fresh one – and after reading & researching this hip-hop artist alongside listening to his new single “Sporadic” – I gotta say, I was impressed by the story that runs in behind the scenes and how his music comes to life.

Consciously making an effort to not make songs that dictate his own ideas on how other people should live their lives – Psych has taken a much more personal & introspective approach to how he writes his material.  Rather than try to command the people from atop of soapbox & ego – Psych is chillin’ out there shoulder-to-shoulder with the people and leading the way by example.  Main idea being that, perhaps the positive messages will reach the people with a stronger connection by focusing on what he does and letting them be free to do what they do as well.

“Sporadic” goes on to weave multiple personal experiences and moments together to offer the post-examination of the situations, emotions & passions that have gripped him in life throughout his adventures.  Lyrically, Psych’s got solid imagery and raps with clarity, complexity and a smooth sound that hits the mark on-time, on-beat & on-point.  The vocabulary, the structure and the execution of it all highlight a deep understanding of rap-music and how to effectively use a set of bars to get the absolute most out of them…Psych immediately begins to impress with a quick & tricky flow that never lets up throughout “Sporadic.”  Make no mistake – this is a short song with about five-songs worth of words packed into the groove…and Psych makes the effort seem easy with a steady stream of wordsmithin’ that has bounce, vibrantly-matching energy to the music and real rhythm in his delivery & tone.

Hook-wise…”Sporadic” is really one giant hook for its nearly 2.5-minute length.  It’s the flow of the rap & rhymes that completely pull you in here…again, real credit to Psych for bringing his writing to the surface and spotlight like that.  The way he’s hitting the right syllables and metering-out the perfect amount of words per line on each bar to ensure solid execution each time is a noteworthy effort…that all sounds nerdy perhaps, but the reality is that getting all of that just-right is what has really led him to victory on this new single.  And again…perhaps the planning stages for building a track like this ARE nerdy…so what?  If the end results are there and the approach sounds completely natural – then it really doesn’t matter how you get to that point…that’s exactly where you’d wanna be, know what I mean?  Some of the points he springs-off of in the words though…you’ve gotta admire his instincts for knowing which words to really accent and increase the presence of…Psych definitely has a solid grip on HOW we hear music and writes his music dynamically to support that; smart move.

I’ve got no complaints, I’ve got no criticism for what Psych’s doing here on this cut.  I think he’s set the bar pretty high for future expectations…seems like we’ve found a really unique voice and innovative artist in the hip-hop scene here…our neighbor from Toronto, Canada hit the mark for me personally with “Sporadic” and I’d be interested in pretty much anything this guy would do with his talent.  Listen to the way Psych hits his stride around the eighty-second mark…he was already impressive by that point with the way we was stickin’ & movin’ & shiftin’ his words around – but after nearly a minute & a half in, he finds ways to raise the hype up in track up even further.  I personally like the continuous flow and how there’s not really a defined verse/chorus/verse here so much as one real stream of consciousness.  He’s grounded…he’s a thinker…he’s a leader that’s confident and strong enough to accept the role – “Sporadic” is a seriously solid tune.

Find out more about Psych at his official Facebook page:  https://www.facebook.com/psychmusicofficial