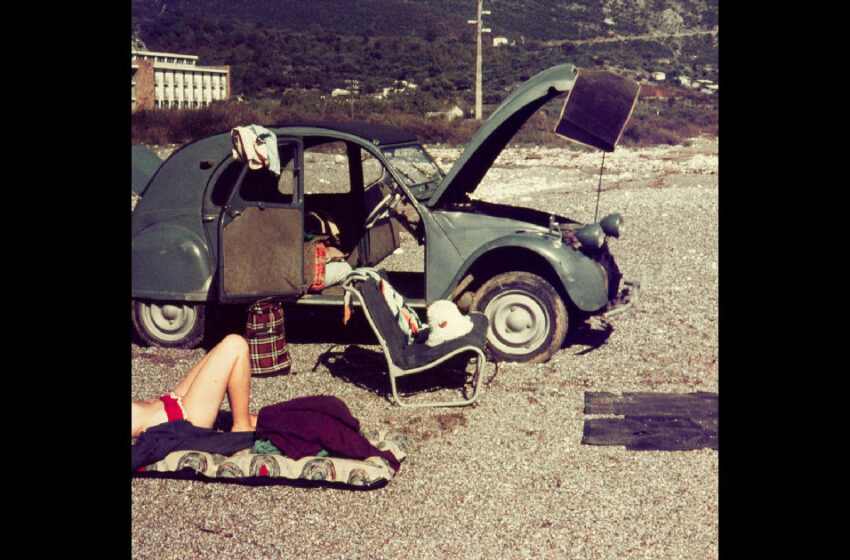 Alrighty!  Well…first & foremost, I dig the band name!  Pōneke Gin Club you say?  I will admit – I actually have no idea what that would actually BE, but let’s be real here…it sounds snazzy, and I’m sure there’s at least a few folks out there that would be more familiar with this New Zealand-based Māori moniker they’re rockin’ with and how it relates to a Gin Club.  And then like…are we talking about the drink, or the card game?  So much to unpack here y’all…all I can ever really tell ya is what sounds good to listen to – and when it comes to that, Pōneke Gin Club is practically the definition.  They’ve got themselves a smooth groove goin’ on here with “Will She? (Angela’s Song)” – it’s got real spark in the melody, great musicianship & vocals, and a real welcoming & warm vibe that should have no problem pulling you in.

So here’s where I’m at with this new single.  Many of you know how I feel about music coming all the way from New Zealand & Australia, halfway across the planet from me over here in Canada – it’s among some of the best you’ll find, independent or mainstream, bar none…and it’s been that way for as long as I can remember.  I don’t hear it ALL of course, but I’ve heard more than most – and not only will you tend to find the consistency is incredible from their continent, the average of great bands to good ones seems to really prove the math adds up.  Pōneke Gin Club is a perfect example of what I’m talkin’ about.  You can visually SEE online that this band hasn’t been around all that long…not only does it mention that fact in the short one-line bio at their Spotify page, but they’ve got three singles out there to-date, including “Will She? (Angela’s Song)” so far.  Which is, don’t get me wrong, actually really solid production for a band that’s been formed “out of pandemic tedium” – it feels like forever, but it hasn’t been that long – three tunes in already shows their collective wheels are turnin’ and that they’re ready to make some moves.  What I AM saying is, pushing play on “Will She? (Angela’s Song)” and hearing how remarkably STELLAR it is from beginning to end was like another experience entirely.  “Pandemic tedium?”  Forgive me for pointing this out…but…like…does that not imply somehow that ALL of this talent was just like…what…sitting around collecting dust?  Are you kidding me?  Pōneke Gin Club sounds like they could fall out of bed and hit a song on the way down they’re so dialed into what they’re creating already…and in hearing this one song, I’ve now realized that, if this band was indeed created out of “pandemic tedium,” that they are by far & away the most positive thing to have come out of it all.

Because no joke folks – this song is absolutely fantastic, and easily one of the most complete I’ve heard this year without question so far.  The instrumentation hits ya instantly…and when you get that first glimpse of the VOICE this band has on the microphone…good gravyboat lighthouse y’all…that seals the deal and you’re mere seconds into this song.  With hooks absolutely sparkling & shining, the chorus somehow brings out an even more accessible magic shared between them… Pōneke Gin Club slides right into the transition as fluidly as water running through a stream…this band was born to make music and they’re simply no mistaking the sound of that whenever you hear it.  Not when you’ve been listening to tunes as long as I have y’all…the grey in my beard alone will prove it to ya.  Everything about “Will She? (Angela’s Song)” is so stunningly natural & perfectly suited to this song…the BALANCE in their strengths is impeccable and reveals no weak points whatsoever.  And like…listen to this hybrid vibe will ya?  It’s not quite Blues, it’s not quite Country, it’s not quite Rock…and yet it’s all of these things at the same time too, with a bit of Pop thrown into the mix via those smooth & soulful hooks beaming in the chorus.

I was trying to figure out who the singer was reminding me of…and I feel like the ultimate comparison I was looking for kept eluding me.  At first I was sure it was Jonny Lang…then I was convinced it was the guy from Lighthouse…then every so often, there’d be the sound of something like a more refined & controlled version of No Code/Yield-era Eddie Vedder as well…and all this seemed to fit with brilliant versatility to match the way this particular song pulls in so much from music’s history to create this new experience today.  The song itself has the true craft of a Van Morrison tune from the melody to the lyricism…the guitar solo is spot-on the money…the rhythm section is relentlessly tight…the hooks are memorable, the production is outstanding…am I missing anything?  A band at this stage in their career should NOT sound half as incredible as these guys already do, only three songs into their existence – any veteran of the scene would be stoked to have written a single-worthy tune like “Will She (Angela’s Song)” – Pōneke Gin Club has something undeniably special starting up, and you can hear it in every ticking second of the way they play together.  We might even have a more modern-day update on something as gigantic as Matchbox Twenty was starting up in this band…they’ve got just about a million possibilities with their potential & natural skillset.  You never reach results like these this quickly without having some kind of magic that the rest just don’t have y’all…so if you’re in Pōneke Gin Club right now & reading this, recognize that, believe in it, and get on after it…people are going to love what they hear on “Will She (Angela’s Song),” and whenever it is this band catches on with the listeners out there, they’re gonna take right off from there and the world by storm, mark my words dear readers, dear friends.  There’s not a hair out of place here – I love every second of this single and can absolutely hear massive potential for the future of Pōneke Gin Club coming up ahead – remember you heard it here first!