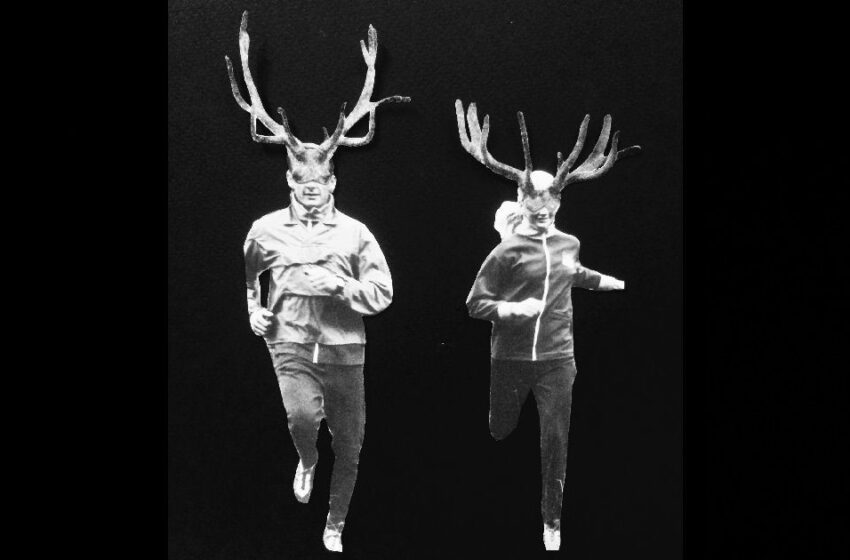 Sometime back around a million years ago when I was still a teenager and the internet became a thing, one of the very first songs I downloaded, if not THE first song I ended up downloading just to test this whole new method out, was a completely random track from a band I didn’t know at that time, called Soul Coughing…the song was called “Circles,” which is quite arguably that band’s biggest hit to this day with the exception of perhaps “Super Bon Bon.”  Anyhow.  Both of those tunes, are somewhat examples of the way that band evolved over time…I suppose the more commercialized version of Soul Coughing, if you will.  And don’t get me wrong – I was absolutely LOVING every damn thing I ever listened to on both of those records – heck, they’re STILL fantastic and ahead of their time – but the real gem of that catalog took me longer to discover as I worked my way backwards through their catalog – there’s an album called Ruby Vroom that is absolutely filled with the same kind of stunning genius that this new single by Polyphonic Exophilia & Essinauks are creating with “Knight Becomes A Ritter.”  That dedicated poetic & spoken-word style…cooler than all hell, and loaded with such a raw, earthy & organic energy it feels like you could practically grow your vegetables in it…with that addictive advantage of real Funk & Soul at its core…vocals that are equally as badass as the music is…I mean c’mon y’all – this cut has it ALL goin’ on!

And so I started to wonder as I listened to the PPXP collective’s latest collaborative cut – could this very band perhaps BE the Soul Coughing of our generation?  Is that where this could all be going?  Because if that’s what they’re going to morph into, believe me, I am HERE FOR IT.  I listen to a track like “Knight Becomes A Ritter” and I’m pretty much flooded with hope I’ve hardly ever experienced in listening to music…like a whole genre has re-opened up and is back in business as it should be.  To this day, I’ve still never heard a band embrace true art, creative freedom, and the moment itself like Soul Coughing did long ago…but Polyphonic Exophilia is making a solid bid to be the next with the potential to carry that torch, proudly lit with multi-dimensional tunes and their endless willingness to explore the unknown.  I’ll put it to you this way…songs like this don’t get created by thinking about what gets played on the radio – a song like “Knight Becomes A Ritter” is what it sounds like when a band truly taps into the art of making music, embrace creative freedom, and goes wherever the mood & the moment will take them.  And I’ll be damned if that doesn’t sound straight up freakin’ excellent to yours truly over here.

Obviously once you start tossing around the word ‘artistic’ you can bet your ass that any song with that kind of label automatically appeals to a narrower & more niche audience well outside of the mainstream – but let’s be real here…Polyphonic Exophilia wears this like a badge of honor making the music they make.  I’m sure they’re not opposed to the idea of more people listening – no one is – but at the end of the day, if & when that happens, it’ll be because the people came around to dig what they do, and not because PPXP decided to cater to the masses, you feel me?  They don’t compromise their creative ways, and it’s one of the things I love the most about this band – it’s as if the only rules are no rules at all; no limitations, no borders, no boundaries…they’re here to explore what music can do in a variety of styles.  At their core, you’ll likely always find their Progressive Jazz roots will show in the instrumentation and in their avant-garde ideas, but make no mistake y’all, Polyphonic Exophilia is capable of being extremely versatile with their entire sound – and if you needed proof of that, “Knight Becomes A Ritter” will silence any debate.

All-in-all, “Knight Becomes A Ritter” is a serious win for the artistic side of sound – it’s as fine of an example of how to genuinely generate interest in audible form as you’re ever going to be lucky enough to hear, if you ask me.  For real – even the way it starts…listen…it’s like you’re just making your way into the underground Jazz scene post-midnight, hearing the music from afar, before you’re in the thick of the crowd, cocktail in hand, watching the magic happen right there in front of you – and it…is…AWESOME.  From the haunting sparkle of the guitars to the insatiably cool bass-lines, to the subtle percussion in the mix, and the spellbinding personality of guest-star Essinauks on the mic delivering a brilliantly gravelly spoken-word performance that’s the best thing you’ve heard this side of Mark Lanegan’s voice – I mean what I say y’all – “Knight Becomes A Ritter” has everything I’m lookin’ for when I reach for something inside the creative realm.  With how well they’ve pulled this off…the insatiable rhythm & groove they put into something that’s still so unapologetically & undeniably artistic…like…they’re going to pull in so many more people into listening to this track than most might think would be possible – if I’m being entirely honest with ya, the mix of what’s accessible and what’s unique, is perfectly balanced here 100%.

Essinauks…this guy…is such an extraordinarily amazing fit for the music of PPXP – the level of badassery this guy can put into a microphone is nothing short of award-worthy, and he found the absolute right gear to tackle this track for the intense atmosphere & mysterious vibe it contains.  The words hang in the air like wisps of smoke going by…thoughts you can’t quite catch before they leave you…feelings that make the hairs on your arms stand up…it’s really quite something to experience, and as addictive as it gets once you do.  PPXP and their creative cohorts continue to push the limits of what music IS and what it can BE in mesmerizing new directions, remain unpredictable & keep us guessing as to what comes next as fans & listeners, and challenge the status quo of the scene in remarkably clever ways that move the art of making music forward.  Gonna be tough for them to top this single for me, even as a dedicated fan that would essentially swear they’ve never made a track not worth your time to listen to – but that being said, I have no doubt they’ll find a way to do it.  That’s the thing about keeping the doors of opportunity open as wide as Polyphonic Exophilia does – it leads to massive creative breakthroughs of all kinds – “Knight Becomes A Ritter” confirms their own unique adventurism authentically yields results.

So YES…if you haven’t been catching my drift, I absolutely freakin’ LOVE everything I’m hearing on this new single by Polyphonic Exophilia…which incidentally, comes out officially tomorrow.  Or hours away at this point I’m guessing…I have no idea what time it is over there in Norway where they’re based out of – but check back on this review over these next twenty-four hours, and once it’s officially released online, you better believe we’ll be adding this single right here on the page for you to check out for yourselves.

Even the artwork is killer!  Håkon Holm Olsen, you’re a legend mate.

Find out more about Polyphonic Exophilia through the official links below!