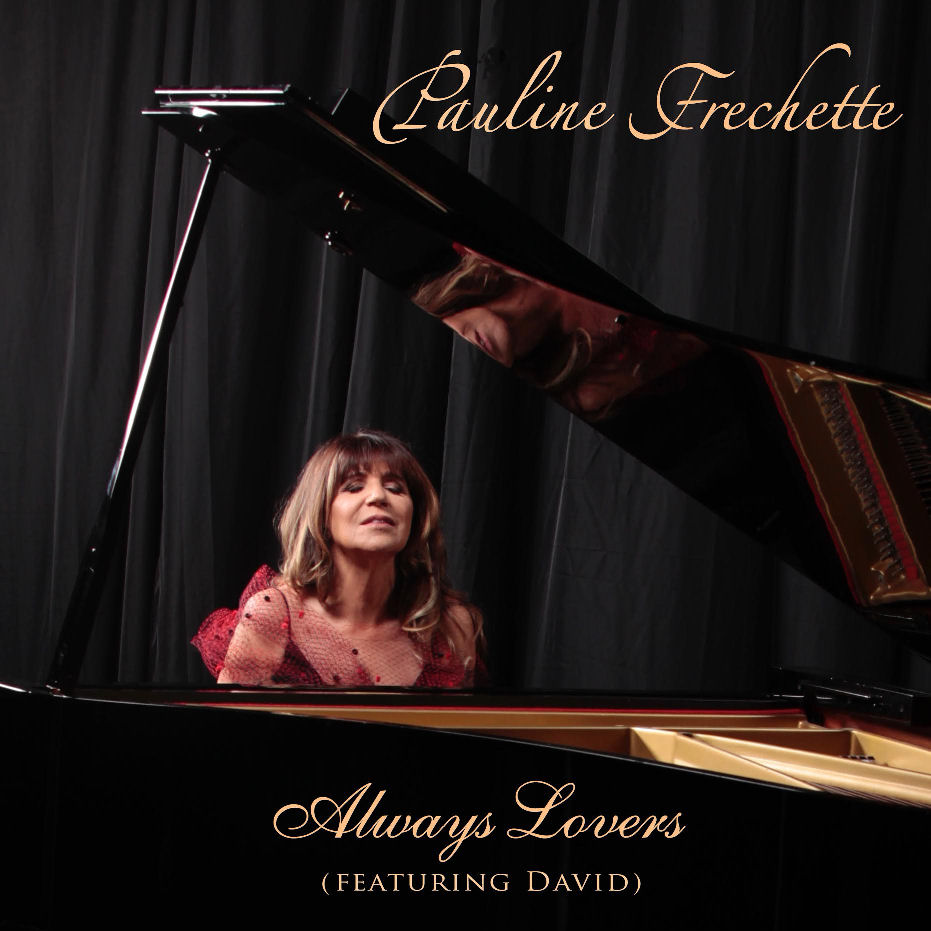 Really digging this new song from Pauline Frechette!  I’ve had the privilege of listening to a number of her singles along the way and I have the sneaking suspicion that this one is my favorite of the bunch so far.  “Always Lovers” moves at a sleek & graceful pace, adding in a haunting mystique into the atmosphere alongside a powerful tale of love between two.

There was an album…man…released FIFTEEN years ago now believe it or not…by a man named David Kosten who was recording under the name of Faultline; the record was called Your Love Means Everything – I bring it up because “Always Lovers” sounds like it could have fit right onto that blissfully artistic and gripping set of tunes.  I felt like I instantly connected to this new single from Pauline & David due to that chillingly-subtle, mysterious-air that surrounds the atmosphere reminding me so much of a song called “Greenfields” on the Faultline record.  That song features Michael Stipe as a guest-vocalist and put him into an all-new musical/theatrical and sparse setting for his style compared to what he was used to…and the resulting, haunting combination on this song made a memorable impact that would last on me for years & years to follow.  Well…fifteen of them apparently…but you get what I’m saying…

I feel like that same push/pull of emotion exists here on “Always Lovers” – and I think it’s exquisite.  When you listen to the words on their own…you get the sweetness…in fact, there’s nothing not to love about them or feel comforted by – they’re truly beautiful.  Where the real MAGIC of this song resides however…is in the contrasting music and how it affects and changes the potential meanings or interpretations of those lyrics.  This is the kind of rare song whereby one person will listen to it and find it incredibly beautiful…and another person out there with a twisted mind could also take this song into a much darker place.  Just visualizing something that might accompany this song on your own will lead you to the same conclusions I’m sure…like imagining the kind of scenes a song like “Always Lovers” could end up being involved in; it could be something like showing the magic of an unforgettable romantic evening – but it could also suit that eerie moment where someone drops the body into the lake and slowly starts to row back to shore.  See what I mean?  Contrast in music is such a powerful tool and can lead listeners down all kinds of incredible paths, but it also leads to an incredible versatility that can truly be useful when looking to get your music out there.  Pauline’s put in another solid & sweet vocal performance here that faithfully sticks closer to the intentions of the words in its curious, wonder-filled & brighter-tones, leaving the music to imply the bulk of the haunting sound we hear on “Always Lovers.”  That being said…towards the end, I felt like she had her best verse as the song drifts out…near a whisper almost, still rich in tone and expression and delivering a final dose of confidence to the words as they end in a conclusive confirmation of the storyline presented to us throughout the song.

The more I listened to this tune, the more I loved it.  Much like the comparison I made earlier to the song “Greenfields” by Faultline – there is NO reason that what you hear on “Always Lovers” by Pauline Frechette featuring David shouldn’t sound beautiful & innocent to you…yet the haunting mystique of the creeping melody will make you question the intentions of this song the entire way through, no matter how sentimental and sweet they appear to be.  The ingredients are important but minimal, the result is the maximum-effect they set out to achieve; every moment counts for something extraordinary on “Always Lovers” and the haunting mix of grace, beauty & melancholy make for a mesmerizing experience you’ll be sure to want to repeat over and over.  Really enjoyed this!

Find out more about Pauline Frechette at her official Facebook page at:  https://www.facebook.com/paulinefrechettemusic