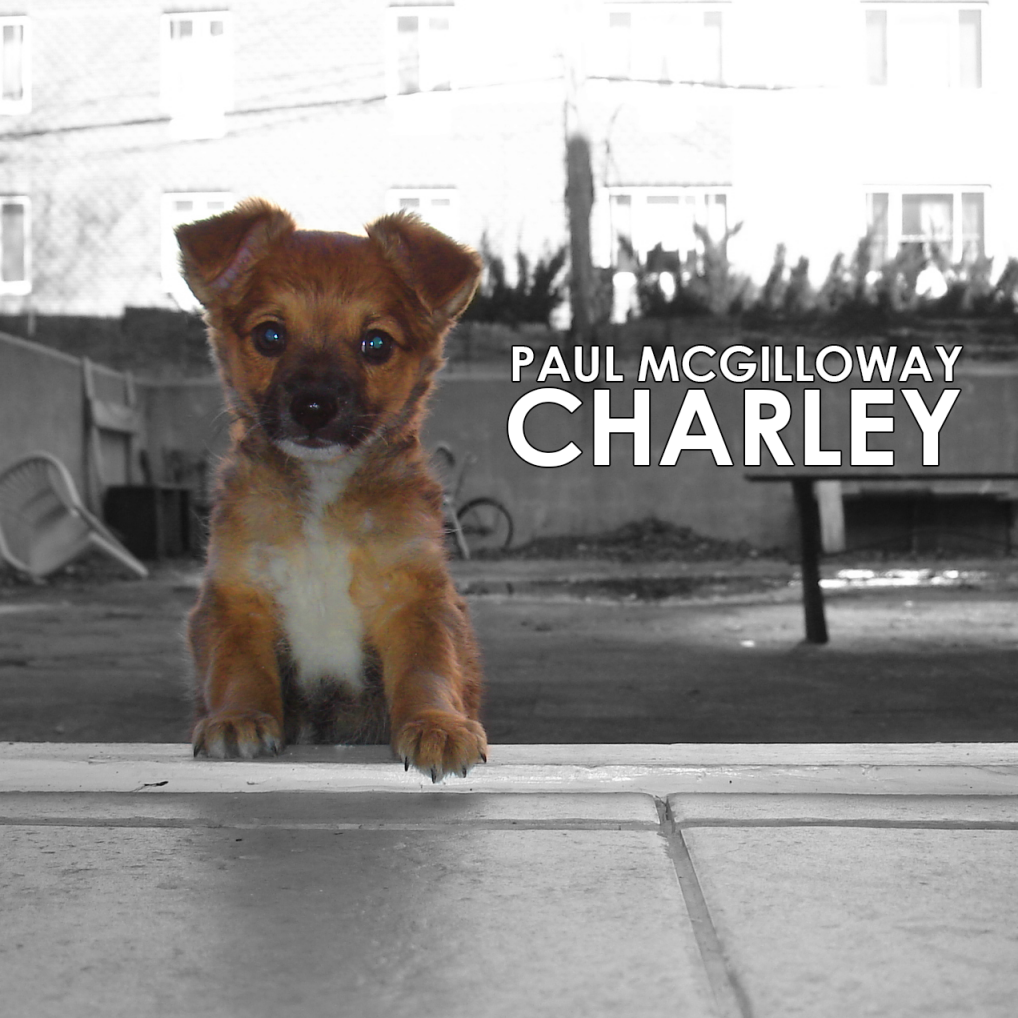 Interesting composition here from Paul McGilloway on “Charley” – you can hear a blend of influences from progressive-rock, to soft-rock, to R&B, to pop…I could even hear an argument for classic-rock, psychedelic, blues & jazz…that’s how many ways this new single twists, turns and bends throughout its duration! It’s a pretty slick combination of sounds combining to make “Charley” come to life really.

Bending a quick Floyd-esque intro on the guitar and quickly into the piano-led opening; the drums immediately stand-out as an excellent source of rhythm & entertainment as they continue to innovate the beat with inventive-fills and clever writing. The new-single and third release from the upcoming album from Paul has a ton of creativity still laying await just beyond the song’s intro…in fact he’s written a song with a real payoff at its end. With all its twists from verse to chorus, to bridge, to new-chorus-you-didn’t-know-was-there-before…you get the idea…with as many parts as there are to the writing itself, it’s hard to deny that present-aspect of progressive-writing in Paul’s music here on “Charley.”

Great guitar-work throughout this new song…musicianship all-around really…you can hear the bass, vocals, horns, piano, keyboards all have their moment surrounding the vocal melodies provided by Paul. The resulting combination of talented music sounds something like Gowan-meets-Zappacosta-meets-(old)Billy Joel-meets-Steeley Dan-and/or-Zappa…I figure somewhere in there – that narrow it down for you at all?

But again, with its ever-bending tones and atmosphere changing & swirling around…there are many comparisons you could cite and potentially pinpoint to one or two aspects of the music or song, but it’d be pretty tough to find an artist or band that really emulates ALL of what’s happening in Paul’s music. Really is a standout piece of writing when you give it several-spins…I know it’s not just because I’m up late – this is a very well-written tune in terms of how it builds upon itself and really changes & evolves throughout its length. I like its swagger…at times the song seems to wobble-around stumbling, but always in-time and on-beat…but more like a drunken-walk in search of the next twist in the music to turn to. It’s clever stuff…there’s no doubt in my mind that musicians out there would love listening to what Paul is doing; the mainstream public of course is always a tougher-sell…and anything without an easily-digestible verse/chorus/verse is generally shunned from radio in our world today.

While that makes the battle for recognition constantly an uphill-one for Paul, it’s worth the climbing. You can hear from the way he sings and plays throughout this song that he really believes in the material, and you can also hear the tremendous amount of writing that takes place in creating a song like this. And though “Charley” might have difficulty finding a mainstream-home, I don’t hear any reason fans of modern-day acts like Beck or The Flaming Lips couldn’t find a way in here. The music is highly-inventive, the writing really takes you on a journey as all the vibrant ideas and various parts of the instrumentation come together…all to form the basis for what’s to come around the 2:45-mark…I suppose what you might consider the final-switch to be thrown…

It’s honestly an extraordinary ending that is so completely satisfying…almost like a good series of books or your favourite TV-show where the ending actually makes SENSE…like a logical-conclusion of sorts. “Charley” has that…and its end is without a doubt my favourite part of the entire song, even though there have been a TON of reasons to love this innovative tune. I love the way Paul’s written that final vocal-climb up at the end of the lyrics…the way it flows into that moment, up & out…is perfection. Like I said…satisfying…beyond really…there’s so much going on in “Charley” that you’re bound to find a part (or seven) to resonate with you too. I can definitely say for certain-fact that a track with as many ideas & clever, precision-execution as this song displays absolutely gets ME excited for his upcoming album; I dig on creativity – and Paul McGilloway is quite obviously stocked-full of that good stuff.

Find out more about Paul’s music at his official page at: http://www.paulmcgilloway.com