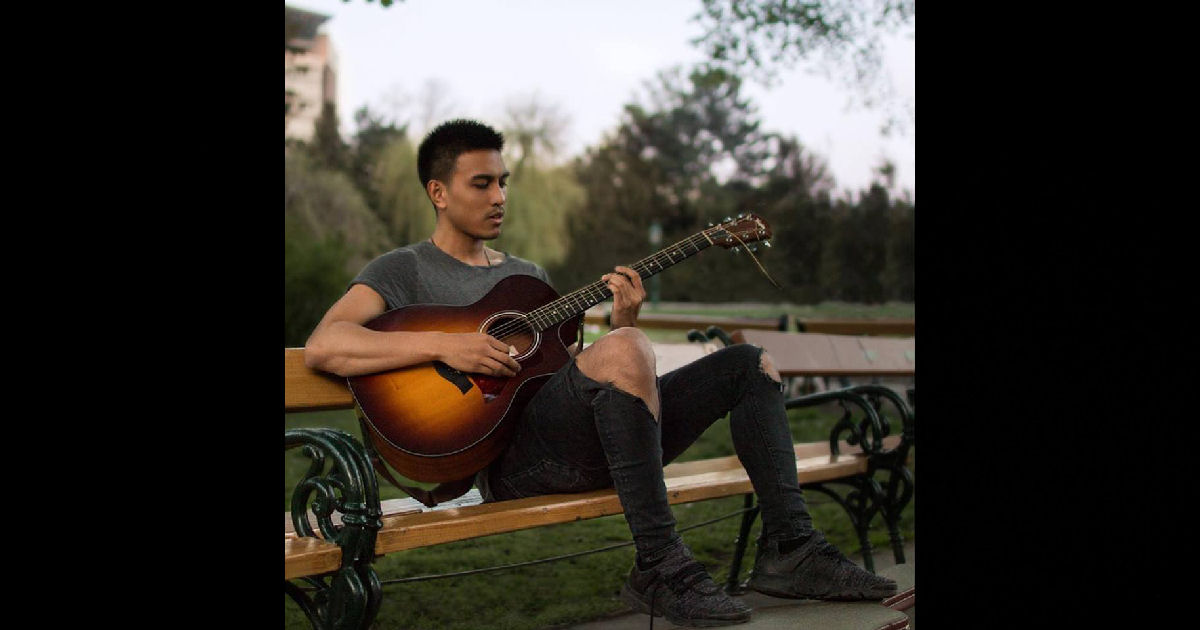 Interesting.  My notes here mention something about how Paul De Leon has morphed his sound into a more mainstream-type of Indie sound.  After listening to the singles he’s put out in the past…I suppose I get where he’d be coming from…somewhat.  Truthfully, you can hear this guy has always had that magic & indescribable connection to music…you can hear it on every one of the songs he’s put out there, just to be clear.  While I have no doubt whatsoever that he’s completely on the right path with his new single “Criminals” – he’s also been getting it right for some time already, in my opinion.  Singles that he’s released in the past like “Take It Away” and “The One You Want” reveal an artist with a ton of genuine heart and a true gift for creating memorable melodies that speak right to your soul.

My point is, maybe the mainstream should come to him instead of the other way around.

Dude’s an undeniable talent.  Paul De Leon has a terrifically expressive voice & style, his songwriting is sincere & authentic, and the overall final results on the recording of “Criminals” have him sounding fantastic from performance to production.  The beginning of this new single is brilliantly atmospheric…almost like a combination of The Temper Trap and their rhythmic Pop/Indie inclinations, with the sparkling guitars you’d find in a song like The Tragically Hip’s “Escape Is At Hand For The Travelin’ Man” – and then like, all given this entirely smooth sound that’s all Paul’s own when it all gets combined with his incredible vocals.  Remarkable expression in this man’s voice…really smart layers in the backing vocal ideas, the lyrics are perfection and hit the metering in such a way that really punches the hooks the rhythmic flow of the words offers spot-on.  Credit where credit is due – Paul’s putting on a noteworthy performance here that really brings out the best in his voice, adding just enough of a hint of an endearing rasp that connects you to the heart of the emotion & energy driving this tune even more.

Single-worthy?  Beyond!  But again – I don’t want anyone out there to get me wrong – he’s literally been releasing single-worthy tunes since he began putting them online.  The spirit of music runs right through this artist and he’s got a massive understanding of how to create songs & material that cut right to the chase for how tight they are in the execution…and right to the heart in terms of the emotion.  And the comment on the guitars being similar to The Hip is a comparison in tone and sparkly style only, for the record…this is much more polished, Pop, and smooth than most of what you’d find in their catalog.  Much flashier and rhythmic, which is where a comparison to a band like The Temper Trap would come in.  There are other comparisons that I’m sure could be made…but really, I think Paul De Leon is finding his way to his own thing.  It’s like the beauty of a band like Mimicking Birds but with some LIFE in the vibe to go with it, like something shiny like Birds Of Tokyo or Two Door Cinema Club.  Vocals with that clever texture added at times, like Band Of Horses would do when Paul adds some distance & effects.  When he’s close-up to the microphone, it’s serious magic in full-effect – this dude has a voice that ANYONE would want to listen to for days on end.  Essentially, whatever you want to call it, compare it to, or end up feeling like it may remind you of – the bottom line is you’re likely to recall something ELSE you love just as much as you’re guaranteed to love this tune.  Like the character just oozes from the microphone and the music has just as much stunning personality to it that you really can’t take your ears off this one.  For a song called “Criminals,” it’s got just about the least offensive sound you’ll hear this year…it’s as inviting as music can potentially be.  The precision and placement of each note & sound you’ll hear contributes to & complements this melody & rhythm overall; it’s structured to deliver through a sweet progression that continues to fill in & surround you like a warm hug from a dear friend.

So consider me a big fan of Paul’s.  That applies to then, it applies to now; I won’t deny that I love the sound of this new single and out of his entire catalog of tunes, SURE – it probably IS my favorite of the bunch.  BUT – I’ll go down swinging and arguing that this guy has really had what it takes from day one.

Excellent first experience with Paul De Leon’s music and every indication that he’ll always be putting out music worth listening to – “Criminals” has an amazing vibe that flows as fluidly as water does and a sound so smooth it’ll slip right out of your speakers and into your soul.  Awesome.

Find out more about Paul De Leon at Facebook:  https://www.facebook.com/pauldeleonmusic/