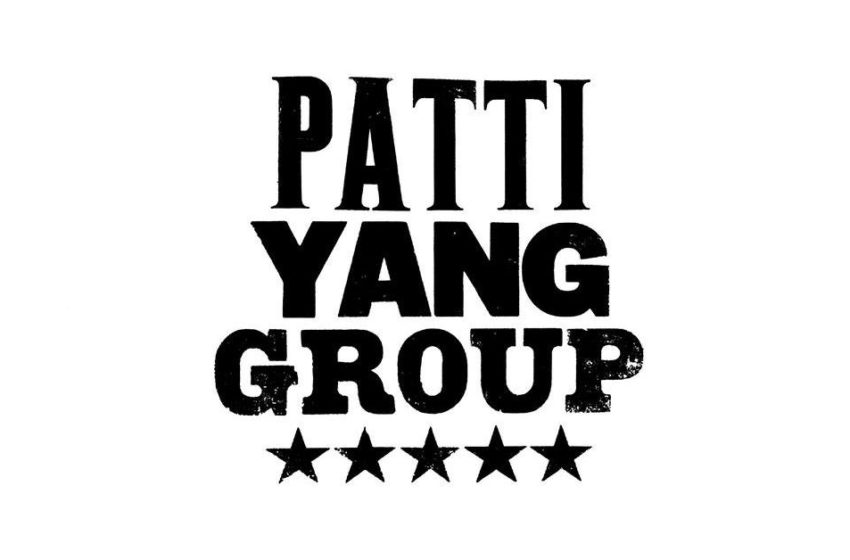 SBS:  Patti!  Thank-you so much for taking a moment or two to talk about some tunes with us!  Let’s crack right into this shall we?  You’ve got a brand-new record and plenty of reason to be excited right now I’d say.  What can you tell us about War On Love?  We’ll take any details you want to share with us, we’re not picky – I’ve heard it myself & I wanna know all about it, I’m sure others do too!

Patti:  It’s a really honest album, it took 8 years to make and I didn’t want to rush it, I just sort of eased (and at times squirmed) into the process with the intention of it being the focus not the goal.  At some point the 8 songs felt right, so I stopped…it felt complete.

SBS:  Personally, I love what I’ve heard from War On Love.  You’ve got tags of Electronic Rock and Dream Pop attached to the record already, but what impressed me most beyond that, was just how much of a truly artistic twist each of the songs on this record came with.  Incredibly inventive and innovative stuff on this album of yours for sure.  Was it a conscious choice to challenge yourself creatively in making this album?  How much of the artistic design in these songs would you say is planned-out & intentional versus how much is simply natural & organic?  What inspires the uniqueness we hear in PYG’s music?

Patti:  I am really moved by the chemistry and magic that’s in it, and I don’t think that can be orchestrated, so it’s just heaps of gratitude that it worked out that way.  I’ve always believed that it’s important to blend the sonic DNA, collaborate and follow the gut instinct, so it’s the sum of all these elements that makes it what it is.  But there was no other goal than letting it roll until it feels done so for me that’s the definition of organic when it comes to a creative process.

SBS:  Let’s see if we can get some specifics from ya…and I’ll admit, this next question is now coming from the perspective of a genuine fan, which I consider myself to be.  Because Patti…PATTI my friend…I’ve gotta say – “Wonder Wells” is one absolutely outstanding & extraordinary song in every possible way I can imagine.  It’s the third song on War On Love – and I’ll certainly admit I was enjoying myself from the record’s very first moments…but I’d be lying by omission if I didn’t mention the fact that “Wonder Wells,” to me, was that rare gem of a song that gives you every reason to believe in what you’re doing.  I think it’s purely stunning – what can you tell us about this particular song?  Have you officially decided on what the lead-single will be at this time?  What songs are you considering?  What makes you feel these particular cuts would be strong candidates to represent what War On Love is all about & be the right choice as the gateway for listeners out there across the globe to your new album?

Patti:  Thank you, it’s one of my favorites, although they all are actually.  “Wonder Wells” has a special place in my heart.  I wrote it driving down the Old Woman Springs Road to my lunar desert hermitage where I’ve lived at the time.  And I thought how much I missed that place that becomes a way of living, when I am not there, a place that feels like an ocean when you squint your eyes, where you’re alone, yet never alone, off the grid and yet so totally connected.  So I thought, at the end of the Old Woman Springs there is a well, that’s where my home is.  Sonically, a lot of the work was done in Rare Book Room, a beautiful, legendary studio in Brooklyn where Nicolas (Vernhes) has worked for two decades recording and producing some truly stunning projects.  The building sat on an unusually quiet street just off Bedford & Manhattan.  There were so many similarities between these two locations yet in such juxtapose, it made me think of the state of mind being the only point of reference .

SBS:  A song like “Comfortably Wrong” with its dynamic versatile flexibility & all-out epic structure is also extremely impressive to listen to.  With its massive collage of colorful sound coming at us from all angles…it’s got me dying to know about the artists/bands YOU look up to.  In many of these songs, if I’m not mistaken, in addition to the Electro-Rock/Dream-Pop vibes, there seems to be a highly evocative Post-Punk thread that burns slowly underneath it all too.  I suppose in short Patti, what I’m saying is, you’ve got a completely verifiable hybrid of spectacular sound goin’ on – and a sound that’s genuinely all your own at that, no matter what genre you find yourself in.  Who are the bands & artists you admire – and do you feel the music they’ve made has somehow made an impact on your own style?  If so, how?

Patti:  It’s a kaleidoscope really.  I feel like everywhere I go I discover something new, I go through phases, and the musicians I’ve worked with always introduced me to ground breaking musical heritage each of their own, always opening new doors.  I grew up with a lot of melodic punk that my dad listened to and played when I was little, then my own path took me through electronic releases of Warp and the mid 90’s radical experimental bands like Autechre, although I feel that I truly owe a ton of my musical education to the amazing people I had a chance to work with in London when I was still a total kid in the early 2000’s (looking back…), discovering and rediscovering artists like Brigitte Fontana, Serge Gainsburg, Arvo Part, Stockhousen, Miles Davis, Coltrane, Phillip Glass, tons of West African music…the list goes on…then my amazing band members brought a lot of their influences, like Can, Neu, Gang Of Four, Modern Lovers, 13th Floor Elevators etc., lastly, having lived in Brooklyn for a couple of years I fell so much deeper  in love with the Velvet Underground, through the energy of NY it becomes an experience and especially Lou Reed’s Metal Machine Music project.  The desert however was where everything turned upside down thanks to the studying of binaural acoustics at The Integratron…it’s an uncharted territory still, and I feel I want to dive and find out more, there is so much to discover there.

SBS:  What was the most important thing you considered in the making of War On Love?  From the music to the microphone, words & beyond, when it came time to listen back to the finished versions of your new songs, what did you feel they had to have in order to make the official lineup?  What might have prevented you from adding one of the songs you worked so hard on to be left off of War On Love?  Were there songs left on the cutting-room floor?  When listening to the album as a whole, what would you say makes these songs belong together within this set, and the experience a cohesive one overall?

Patti:  I knew I needed a sense of closure, and I honestly didn’t expect it to be an 8 song album.  All my previous albums had at least 11 songs.  But this 8 felt like – were done.  We left out a couple of really beautiful tracks though, I still love them, but it was a good thing to draw the line.

SBS:  Straight-up – do you feel you’ve made a record that everyone out there can enjoy?  Why or why not?  Ultimately, is that something you even consider in the creative process, or is that important at all?

Patti:  Absolutely, I hope so.  I believe that an album stops being mine the moment it comes out, it’s meant to be shared.  If there is any use of my solitary time, my journey and everything that went into making it – it’s so it can live on.  I hope it will find friends and home out there.

SBS:  Patti – THANK YOU so much for doing this interview with us.  Truly, I’m amazed at how well this new album of yours has turned out and I’m excited FOR you to get this record out into the world.  Feel free to take this final space here to share anything else you’d like to say or want us to know about War On Love, like how you’ll be supporting it with a live tour to dominate the globe, or any other upcoming plans you might have like new videos & such.  And of course, if you’ve got an official release date, make sure to let us know when we can get ourselves a copy!  Thank-you again – the floor is yours my friend!

Patti:  I am really moved by how intimately honest and real this process has been.  The feedback has been so sweet, but in a really human way.  I felt a lot of love from everyone I spoke to and I couldn’t be more grateful.  There is a long list of thank-yous under the credits on the vinyl issue.  I wish I could keep adding on, but ultimately it’s like with the 8 songs.  Also, I hope the message makes it through.  There is a sense of somewhat blind, cultural and social self-sabotage out there that I don’t agree with and I don’t like the thought of, a lot of conflict and confusion stemming from new technologies manipulating us into behaviors that are designed to drive the economy without empathy, compassion, care for the planet…I think it’s changing us at a fundamental level, and I am meeting a lot of people who share this view.  And we gotta win the war on love, protect the innocence, it’s that simple.

Find out more about Patti Yang Group at the official page at Facebook here:  https://www.facebook.com/PattiYangmusic