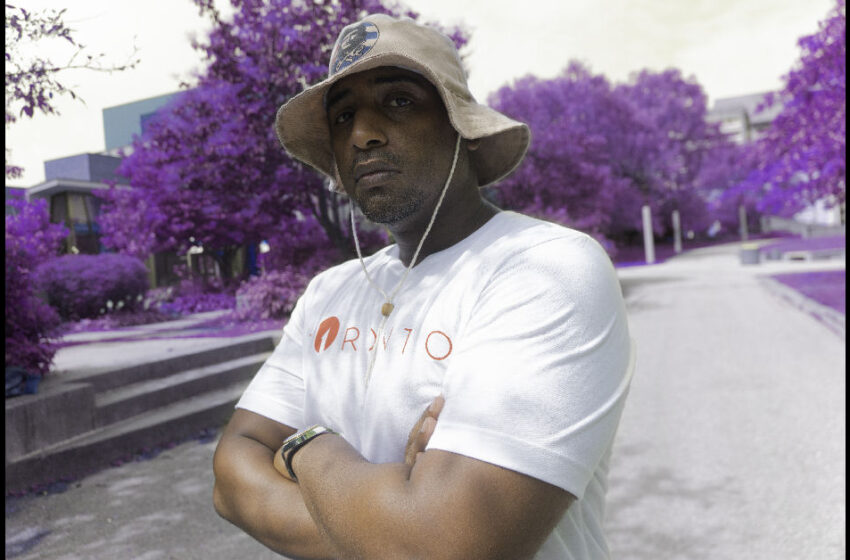 “We about that action, talk is boring.”  PREACH the good word homies, that’s real talk right there.

Proudly representin’ the nation on our pages here this morning, we’ve got OneTo (aka ONETORONTO) here in the mix with a powerfully versatile cut that flexes big hooks and even bigger personalities makin’ that magic happen on the m-i-c for ya.  A solid collaboration on all fronts from audio to video, OneTo has put the work into his new single/video for “Bad” and it shows in the stellar results that beam outta your screens & speakers, no doubt about it.  In fact, when it comes to the video itself, I give both OneTo and director Arsal Khan for showing superhuman restraint by not filling every scene with the kickass car crusin’ down the alley with the yellow smoke pouring into the air…I don’t think I could have resisted!  Straight from the city streets of T-dot, “Bad” rolls through the alleys with just as much visual swagger & style as you’ll hear happenin’ in this collaborative on the mic – everything you’ll see & hear makes an impact…hell y’all – ain’t that what this whole music-game is all about when it comes right down to it?

Where “Bad” proves to be that next-level single you wanna hear comin’ through your speakers is in the all-pro execution you’ll find in how the whole structure will go on to switch it up, flip the script, and essentially offer your ears a 2-for-1 deal with two defined halves of this cut revealing two complete vibes of their own.  And you get it all here…in ONE track from OneTo…the value is supreme yo!  Whether it’s the trappin’ happenin’ in the opening bars as this emcee comes out swingin’ verbally right from the drop, or the transition that “Bad” makes into its melodic second-half, or the killer personality the backing vocals of Zeph David add to the power of the lead…there’s literally something for everyone to dig on.  When it comes to confidence & precision, OneTo more than proves he’s got the goods, puttin’ his words to work and lettin’ the rhythm guide him to victory.  Line after line, this emcee puts thought-provoking lyrics & imagery into his words, and he spits’em all with the conviction you wanna hear…that tone of voice that tells ya he means every word he’s put into the mic on “Bad” – and if you want my advice, I’d tell ya it’s probably best you don’t cross the man while he’s on the grind to get his money – you feel me?  OneTo is focused on reaching the top of those charts & stackin’ up his paper good’n’proper…and he proves he’s got the skills & ideas it takes to achieve both these goals, no problemo.

Killer video supporting “Bad” – no doubt that Arsal Khan got the max from the main star of the show, then continued to deck it out with badass FX, a beautiful model, flashy cars, watches you could see from SPACE, stunning street graffiti on the alley walls, including important messages like Black Lives Matter on display if you’re paying attention – and all-in-all, it visually looks like OneTo has the entire world to himself as he strolls through these scenes.  Lookin’ SHARP and soundin’ in full control at all times – OneTo & Zeph David bring gripping energy to “Bad” and keep the entertainment flowin’ “100000” %.

“Bad” comes from the 2020 OneTo record called Last One – listen to it direct from his page at Spotify here:  https://open.spotify.com/artist/0opqHmNbRCCk81NPnSmG7k