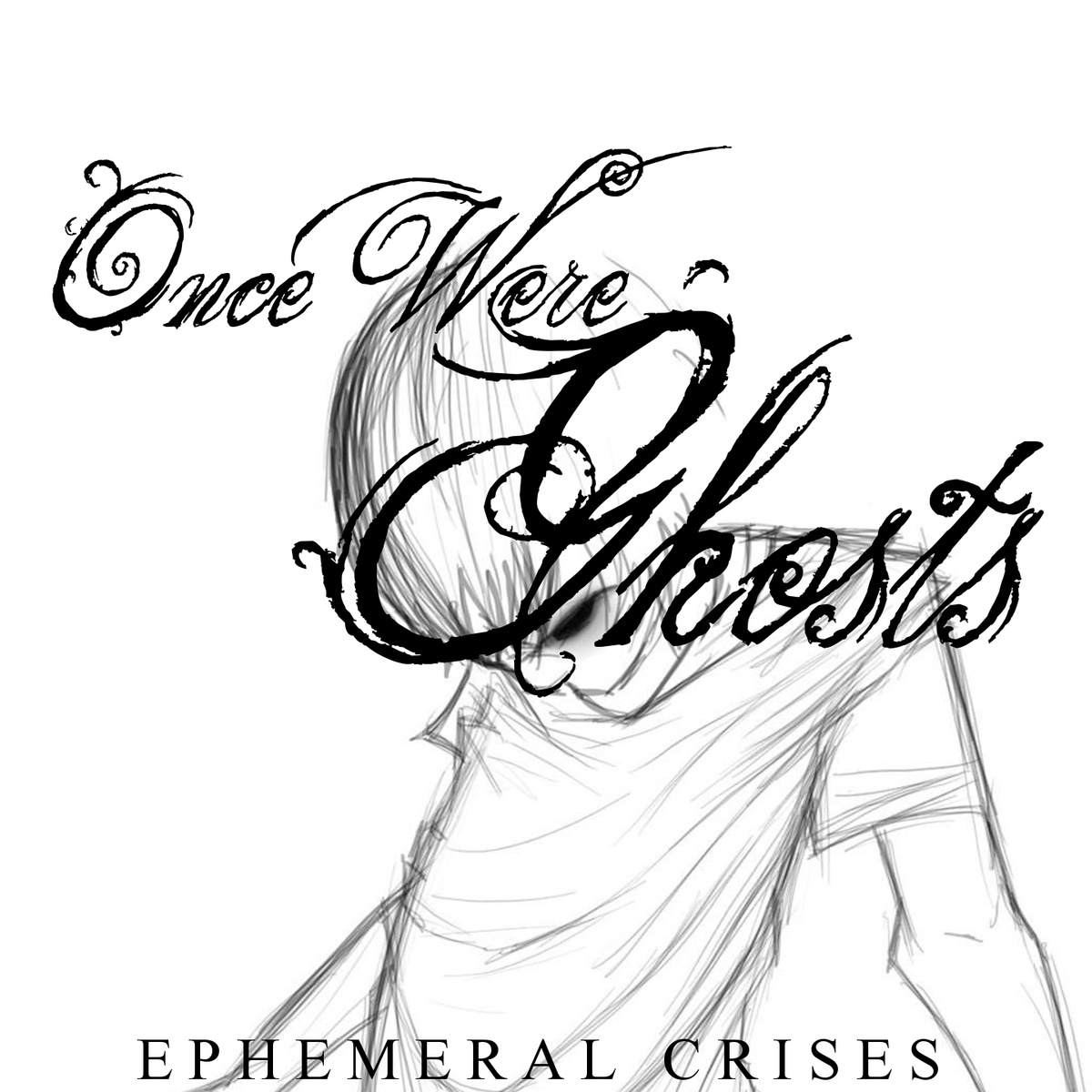 Post-rock alert! Something about the name of Once Were Ghosts screamed out post-rock to me and I was completely stoked to discover that was exactly what I was in for today in listening to the new album Ephemeral Crises. Perhaps my favourite genre if you were to pin me down for it…mind you, it would take a Jack Bauer style interrogation to get me to only name one…

Put together and assembled by Seattle, WA’s Ryan Collins…you know I’m definitely listening when it comes to artists & bands coming to us from where I consider to be my home away from home. I don’t know if to this very day there is an activity I enjoy more than simply wandering the streets of Seattle way too late at night. It can be beautiful, it can be dirty, it’s a city with more character than most novels contain in their entire set of pages. AND…as I make sure to mention each and every single time it comes up…it’s realllllllllly not too far away from our studio here in Canada…

…and man would I ever love to pick the brain of Ryan Collins one day about the music he’s making in Once Were Ghosts. Just sayin…*cough *cough *ahem *ahem.

I’ll admit…I had to look up the word ephemeral. I might use these wordy things all day long but I have yet to collect the entire set in my ol’ brainspace. Plus apparently, according to the previous sentence, I have a straight-up tendency to fill some of that space with my own damn words that don’t exist in spellcheck. Whatever.

As it turns out, ephermal refers to lasting for a very short time. Or a plant…

…so I’m gonna go ahead within a theme of short-term crises spread-out throughout this new album from Once Were Ghosts.

Within almost all post-rock, there are at the very least, flashes of pure sonic-brilliance. It’s a genre that speaks instrumentally…and the emotional tone in the music is an absolute must-have in the content or it falls flat-dead on listening ears. The music has to be vibrant, radiant, sparkling, atmospheric…it has to have that ability to captivate the listener and present the true magic & wonder that resides within making music altogether. At least in my opinion.

With a sparse echo opening up Ephemeral Crises in “Memento Mei” you instantly feel these qualities once that beat drops in at about thirty seconds. Similar to the slow-moments you’ll find in Explosions In The Sky, it’s an interesting read through on their social media to find influences that resemble nearly nothing like what I’d consider Ryan’s music to sound like here. All the obvious post-rock influences aren’t even listed…I like that he’s drawing from all sorts of inspiration to make his music or at the very least certainly keeps an open mind when it comes to taking in sound. That being said…this is undeniably closer to EITS than it is to anything listed; but this subtle opening cut really gets you into that post-rock mood with its sweet drum rolls & fills backing up & driving forward the echo-laden guitar hook.

Bringing up the tone, confidence and emotion…Once Were Ghosts carries on into “Met With Resistance.” A brighter tune overall with some excellent guitar work…the melody and emotion of this song are translated perfectly through the speakers. It’s isolated…desolate…yet hopeful. Just before the two-minute mark, the guitar wander nearly stumbles but rights itself quickly and keeps itself on track. The layers work brilliantly together and Collins has an excellent grasp on just how much to put into a track without stuffing it too full…he understands space & timing and how to use those to his advantage here on the stop/start parts being played in “Met With Resistance.”

“Son In The Shade” has a few slight timing issues or might be going for a complexity I didn’t quite get in the opening thirty or forty seconds. From there, it transcends into an excellent kick-drum driven beat and spiralling guitar & bass tones. As much as I dig the overall melody and tones throughout, the stuttered timing made this one a little more difficult to enjoy as a complete track. This one almost had a more ‘demo’ style feel to it…that again might just be me, I’m just relaying what I hear. I mention it mostly because it is a repetitive hook in the song…and sometimes I hear the timing issues…sometimes I don’t. If Ryan’s hearing what I’m hearing…he’s about to begin living the hell I live in daily…he’s recorded a brilliant track at 95% of his capabilities and he’s going to hear that 5% for the rest of his life…an unfortunate mechanism that’s applied itself to over half of my own recorded work. Thankfully, it’s only a somewhat noticeable issue here that most ears wouldn’t pick up on and only the one song on Ephemeral Crises where I personally noticed it to be any kind of a factor.

But let’s all also keep in mind, dear readers, that I’m not seeing any other credits listed than Ryan’s; he is doing all of this on his own…no joke – that’s very impressive.

In the shortest of the crises, “Defining Insanity” has a forlorn and melancholy opening before transforming into a repeating riff that winds-up being over the moment you got yourself into it. Ryan you tease! It’s a rad little track, however short it is, and really does in a way set the stage for the track to follow, “To No End.” One of my favourite tracks on the album, this bass-driven tune has a lot of innovative ideas contained within less than three-and-a-half minutes. Excellent, clear guitar tones…great drums and an absolutely fantastic, simple bass-line that works extremely well to glue this track together. Perfect breakdown just after two-minutes; with his drum-rolls and fills, instincts for the double-kick beats…it seems to me that Ryan has just as much skill on the skins as he does on the axe. Incredible comeback and ending to “To No End,” it’s a wicked journey all the way through to the final moments.

“Grasping At A Void” is truly impressive. Really inventive hook that starts this out, cymbal crashes and splashes begin to fill the space as the track strips back. Breaking it down just after a minute-and-a-half in, the mounting comeback into this song is highly subtle & highly intense all at the same time in this slow-burning track that really pulls you in to listen. The main hook Ryan…is that bass or guitar man? It sounds so smooth that it sounds like bass…whatever it is, that’s one hell of a riff kicking ass all the way through this track and it works really well as it lets the surrounding instruments loose to venture off and explore new sonic territory.

Ending the seven-song is the title-track “Ephemeral Crises,” a completely intense & emotional ride from moment one to the end. Starting out smoothly in a combination of a jazz-infused drum-beat and melancholy guitar-line, shortly after thirty-seconds in, Once Were Ghosts kicks into the highest gear on the album so far with a wicked chopped-guitar rhythm and quickened pace. Drifting in between that into the melodic and wide-open guitar tones, nearing the two-minute mark Once Were Ghosts begins to pound away with relentless fury. I might be crazy…I swear I hear a string sound in the background of all the controlled-chaos…maybe my head needs to be checked, I was at a show from The Pit last night here in Vancouver and my ears are definitely still ringing a bit…so it could be that. But whatever it is that he’s up to here on “Ephemeral Crises” – Collins has gotten it extremely right here through this blend of loud & quiet, slowly-paced/up-tempo tune. It gives an impactful ending and really highlights the best of Once Were Ghosts from all aspects of the sound in this final song.

I would only expect an artist like this to take this excellent beginning and continue to get better and better and better over time to exceed all of our expectations. There’s a ton of great writing, heart and dedication on Ephemeral Crises and I think one or two albums down the road will lead to this post-rock artist to becoming a serious contender in the genre and holding his own with the best of the best.

I’m always going to be looking forward to hearing more from Once Were Ghosts, that much I’m sure of!

Find out more from the official Facebook page at: https://www.facebook.com/oncewereghostslv