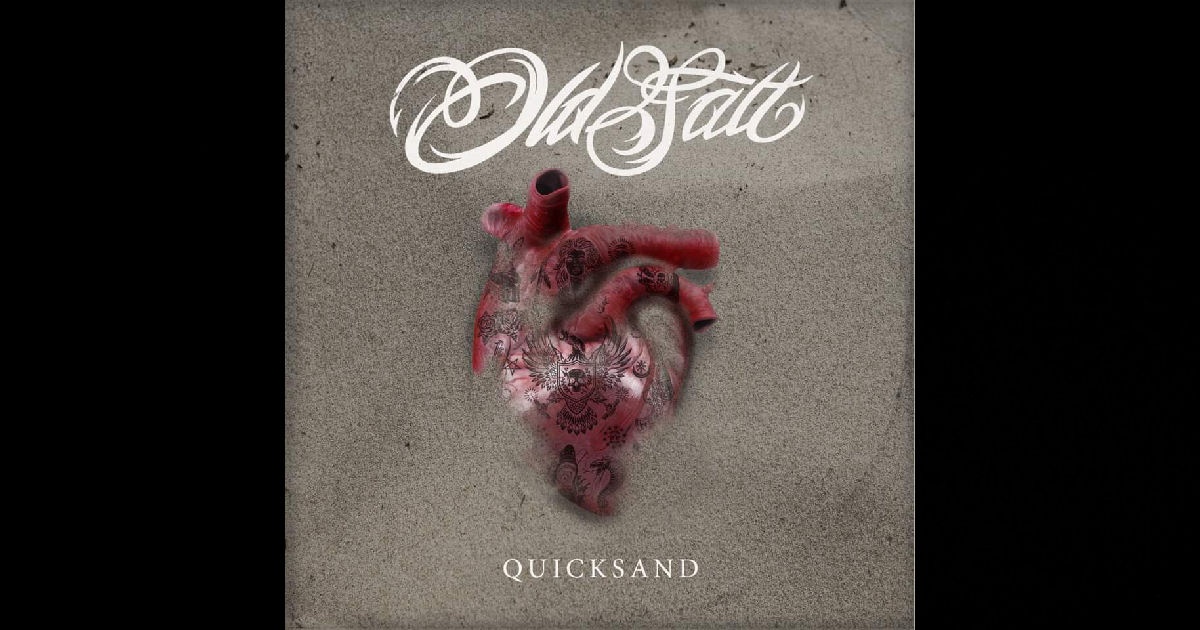 One good turn leads to another, as they say right?

Wasn’t so long ago at all that I was reviewing Dillon Douglas’ band Mississippi Moonlight and their stunning new single “Dresser Drawer” – and here we are, what seems like only mere days later, with a cut from his solo project, Old Salt.

Ain’t that just typical eh?  Rockstars, I tell ya.  Score a hit with a great single, the next thing you know, everyone’s going solo and soon selling hair products.  Gotta watch these guys – they’re all the same!

Obviously I’m kidding around here…which is always a sign of great things happening in the music – not only is “Quicksand” putting me into the best of moods, but it’s definitely right up there in the catalog of songs out there that has sincerely made me feel like…like…like damn, I wish I wrote this song myself!  I mean, I’m not implying I could do any better of a job than Dillon has – I most certainly would not be capable – I’m just talking about that feeling of near-jealousy/envy that only ever occurs when you hear a song that really connects to the head & the heart.  “Quicksand” is breathtakingly sweet & beautiful; the kind of song you can’t help but start singing along with almost immediately on that first listen – second spin at the very most.  I’m being truthful with ya, as always…I was convinced enough from the sound of his other band’s latest single that the whole crew he was in was on the right path – I still feel that way; hearing Dillon’s separate solo-single here in Old Salt simply confirms he’s an essential reason as to why.

I often wonder what it would be like to be a competent singer like Dillon…like I can imagine it, I get the mechanics behind the writing…yet still when it comes time to perform, I’m without a single “whoa, oh, yeah,” or any of the other key expressions that the right singer can wield so well in their work.  Dillon’s that right singer, without a doubt about it; I equally often think about just how much people like him must wonder about, like when they clearly put their heart & souls into the lyrics…and then they go and find this off-hand expression that naturally suits the song & ends up stealing the show…well…what about ALL that time spent working so hard on the rest?  Thankfully that’s what repeat is for.  I’ll stop dancing around what I’m saying and just say it plain as day:  when Dillon sings “whoa-oh-oh-oh-oh” it’s pure MAGIC & some of the most sincere melody you’ll likely hear within any song you listen to in 2019.

Here’s part of the explanation as to WHY this comes out complete audio-gold from beginning to end.  I lifted this quote direct from Old Salt’s page at Facebook, which reads:  “Six years ago I wrote a song as an inside joke to a friend.  In just 10 minutes I had written something completely out of my comfort zone with no intentions of anyone ever hearing it other than her.  I named that song “Quicksand & Cottonballs.”  Over the years I’ve played that song for just a handful of people and out of all the songs I’ve written… it became their favorite, not the songs that I had meticulously thought out but the nonsense song with lyrics that were meant to make a single person laugh.  So with the encouragement of those friends I finally decided to record it.”  #GoodMoveDillon.  Those people around us, those listeners, heck – even the occasional critic like me…we’re beacons all the same; used properly, we’re there to help guide you towards what works in the music and encourage the right stuff to keep on going.  Dillon’s clearly got a lot of people believing in him…and I can tell ya firsthand after seeing how many readers, listeners, and fans of his music in Mississippi Moonlight read our last review that this is a guy with a tremendous amount of support & enthusiasm growing exponentially around him.

And like I’ve been saying, I completely understand why that is.

You can’t teach what you’ll hear on “Quicksand,” that’s the nuts & bolts of that scenario, you just can’t.  You either have that intangible X-factor that connects the music & writing to the performance, or you just don’t.  There is absolutely nothing about “Quicksand” that won’t leave you believing that Dillon is completely made of all the right ingredients that have made music the best thing on our planet to this very day.  Dude plays a sweet & flawless acoustic – and he does a 100% exceptional job singing this; it’s Indie/Folk done perfectly, full-stop.  So to all those people out there over the years that encouraged Dillon to get his Old Salt on & get this song recorded – I both respectfully salute & thank you – it would have been an audible crime to hold this tune back from the rest of the world.  The comforting, soul-soothing, sweet sentiment that fuels this melody and the sound of “Quicksand” is as inviting, warm, and genuinely charming as music can be – definitely without question one of my own personal favorites from this year.

For what started as an inside joke, I’m sure this ended up on the outside for the rest of us to hear it.  Old Salt has a sparklingly sweet single with “Quicksand” that I couldn’t get enough of…and I have every reason to believe that, based on everything I’ve heard, that many of you out there will feel the exact same way about this beautiful tune.  Dillon Douglas is clearly a man of music – and I’d wager a bet that 2019 is going to go on to be a serious highlight in this guy’s career; what he’s accomplished here should be a lesson for us all to learn from – there’s simply no telling what you can achieve outside of your own comfort zone.  Especially when it comes to art & music…we all do our thang, we all sing our songs however we sing’em or play’em however we play’em…but it’s those moments where we turn left instead of right or do things just a lil’ bit differently than we normally would, that lead us boldly into the unknown, where we have the blissful chance & opportunity to perhaps even surprise ourselves.

I suspect that’s what happened here for Dillon.

And now that he’s tapped directly into the magic of results like what you’ll hear on “Quicksand,” believe me when I say it could theoretically blow the doors of creativity right off the hinges for Dillon, Old Salt, Mississippi Moonlight…any/all projects he’s in, over these next years to follow.  His understanding of melody & how to make it connect is straight-up incredible – I’m very, very impressed with this guy, all-around and I’ll easily be spinning this song for many, many years to come.  Fantastic tune brother-man.

Find out more about Old Salt from the official page at Facebook here:  https://www.facebook.com/OldSaltDillon