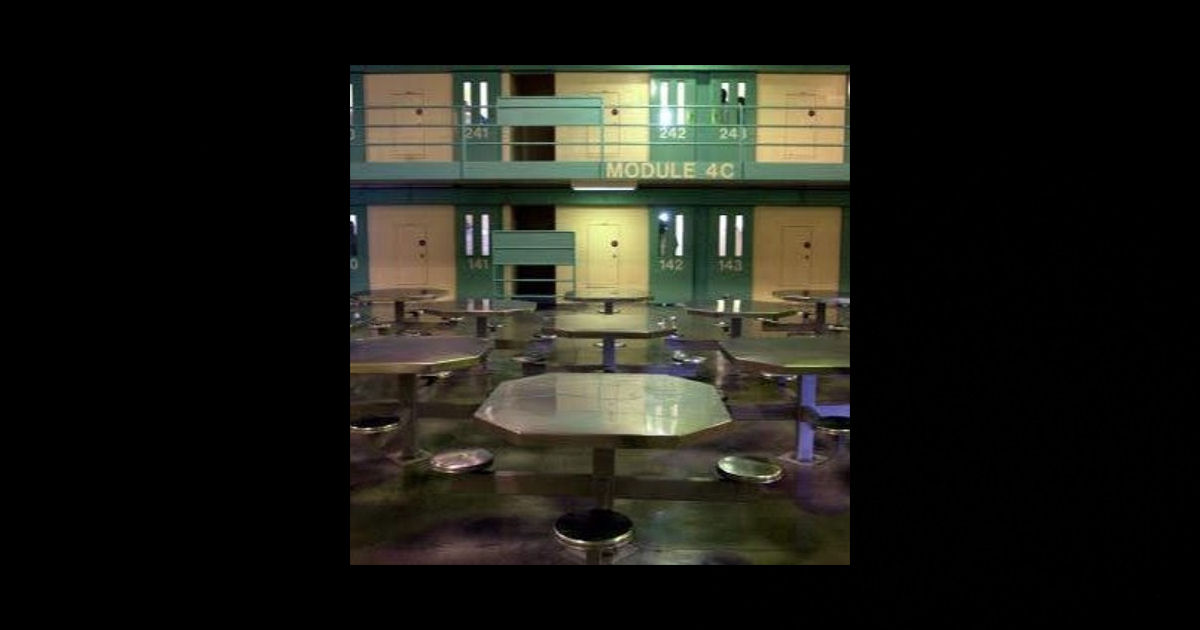 Soooooooooooo…yeeeeeeeeeeeeah.  Ryan Perez, aka Old Boy, is one interesting cat, I’ll give him that.

You get some bizarre messages behind the scenes sometimes as a music reviewer…Old Boy might take the top prize here in 2019 with the one that came attached to his singles.  It reads:  “This week has been crazy… going from 0 followers on Facebook to 2000 in 24 Hours because apparently my story reached the ears of the right person… They’re putting me on, like I said they would, even though all my friends laughed at me, the autistic ninja turtle from the suburbans turned into Tupac by government and Hell’s Angels-sponsored assassination attempts after he had the gall to bully the bullies, teasing them Southpark style on the internet. I remember hearing Lil Uzi Vert say that when he tattooed his face it was like burning his ships, well I first sparked the fire to my ships the night I worked up the courage to send a couple suicidal demos recorded while my daughters slept in the last two years, losing every friend and family member I had along the path of my spiritual awakening. I reached out to you specifically, because you reached out to me, by being you. Happy Apocalypse bro.”  Congratulations once again to our winner.

So…there you have it?  I have no idea what half of these words he’s written even mean…I just listen to music bruh.

What I DO get & understand, is the enthusiasm & energy Old Boy obviously has, and clearly the desire he’s got to be a little…outside the norm, shall we say, based upon the evidence I’ve provided you with.  I’ve also got some cuts here on my playlist that speak to that as well…couple from the past, when it looks like he was rappin’ as Orion, or Orionchantz…I’m only 50% sure he’s even going by Old Boy now, it could be olldboynineteen as well…dude’s got about a million different tags attached to his music & like I said, I ain’t here to manage this homie’s career or recommend he clean all that up to get his tracks heard like they should be (ahem) – I’m just here for the music, man.  Got a lil’ somethin’ old & somethin’ new in the mix for ya…a couple singles he released back about a year back & a fresh one in the demo-stages – let’s do this.

He’s goin’ freestyle according to the intro to “Playground Earth” – and supposing that’s the case, which I’m sure it is, the man holds his own.  Ain’t gonna lie…I heard the opening couple lines & felt like we might catch this emcee spinning his wheels a few times throughout this adventure at first, but Old Boy ends up pulling this off in style, keepin’ those words flowin.’  Sometimes he’s rhymin’ and sometimes he’s not – the most important ingredient is there by far, which is the fact that Old Boy knows exactly where the beat is at all times and the cadence to his flow remains on-point.  The fact that he doesn’t need to end each line with a rhyming word at the end of every bar actually speaks to how, despite the rawness still inside of a track like “Playground Earth” – the man’s got seriously versatile verbal skills that are already a cut above the rest of the more-than-half of the emcees out there that will never even get past a rhyme-scheme.  And it’s precisely BECAUSE there are no rules & no limits when it comes to the words he spits out – Old Boy goes no holds barred when it comes to how he’s able to get creative and hit the mic hard with the confidence of knowing what’s up in his dome can reliably make it to the mic in time & on beat.  Does he get weird with it?  Obviously.  You read the message I got from him up top there at the beginning of this review…I told ya already, he ain’t like the rest of the people out there.  All that being said – getting weird shit can absolutely work if you commit to it – and that’s exactly what makes this all come together as it should.  The beat produced by Statik Selektah is solid to begin with – perfectly loaded with subtle-but-effective dynamics that could have verifiably led Old Boy almost anywhere – and technically, that’s pretty much still accurate.  He could have gone soft on this track – the underlying vibes of the music are actually fairly mellow & chill when it comes right down to it – but you’d never know that from the way that Old Boy gets so amped-up at times…like why you yellin’ bruh?  He’ll explain (loosely) what’s got him ragin’ out on the m-i-c…but the bottom line is, this emcee can get right in my face and yell some bars at me any time – Old Boy sounds at his best at his most intense.

“Senior Lawn” is going to completely depend on whether or not listeners dig the main hook – cause you’ll get plenty of it throughout the course of this cut.  I actually like this track quite a bit, as loose as it is (and believe me, it IS) – but probably not for the reasons Old Boy would expect.  Step outside of the Rap/Hip-Hop genres with me for a second or two here…because honestly?  Honestly you’ll find that “Senior Lawn” has much more in common with a band as relentlessly creative, rhythmic, and imaginative as Modest Mouse than it does with just about anything you’ll find in Rap or Hip-Hop.  As to whether or not that’s what Old Boy is gonna wanna hear…who knows?  I just call it like I hear it; whether that’ll make sense to him, I don’t know – but chances are, if you listen to Modest Mouse on the regular, you’ll know exactly what I mean when you listen to “Senior Lawn.”  Is Old Boy taking a chance with a song that’s 4:15 in length that hardly deviates from the path it starts out on?  Of course.  But in his defense, this oddly hypnotic tune actually has a lot of charming sound to the main hook.  Throughout the first forty-seconds or so, that hook will seem like a seriously strange fit – then all of a sudden, Old Boy ends up finding himself on really solid ground with a hook & roll through this flow that people will remember.  “Senior Lawn” is all-hook when it comes right down to it – you’ll ride this one out expecting there might be something more to come at ya – but there ain’t really…and whether that’s your jam or not…well hey, that’s all up to you individually out there.  He’ll change up a few words along the way here & there, but for the most part, what you initially hear is what you’re gonna get for the majority of the song to follow.  And though I might not be able to fully explain the allure or appeal of this song or WHY the repetition seems to end up working highly in his favor on “Senior Lawn” – I actually ended up feeling like a ton of people out there would really dig this jazzy jam he’s got goin’ on here.  Maybe I’m crazy…who knows…if I am, it’s completely Old Boy’s fault for cookin’ my brainwaves with this single.  The lighthearted & fun vibes he creates on “Senior Lawn” connect…as bizarre as it is, I swear it works; for whatever reason, this song brings out this STUPID hammock-wide smile on my mug, every time.

The last cut I’ve got, “To The Moon” is still officially in the demo-stages and found on his April’s Fool – Demo album, released a couple months back.  Here’s where I’m at with this final track in review here…keepin’ in mind it’s still a demo of course, I’d have no problem giving this cut the green light.  There’s no doubt that it puts a more serious-side of Old Boy’s sound in the spotlight – but for the most-part, you’ll find this low-key & more mature vibe suits him just about as well as his wilder-side does.  As an idea…I’ve got no problems whatsoever with this track – and I can hear the potential for sure; while I’m sure any two singles from the past could have qualified to be featured in this review, when it comes to what’s on the April’s Fool – Demo record, I can’t say I blame him whatsoever about wondering how the people out there would hear a track like this and sourcing opinions.  Assuming he does continue on refining this song even further beyond the demo-stage it’s in now, it’s gonna take some serious work and objective self-criticism when it comes to getting the vocals perfect on “To The Moon” – it’s not going to be an easy task.  What I hear right now in this demo is an artist that’s roaming between the borders of spoken-word…sometimes drawing on melody, sometimes more mechanical & robotic – and the latter is how I’d probably recommend that he approaches this whole cut overall.  It’s the melody that trips him up at times, sometimes he’s flat, sometimes he’s right on the money…concentrate on the rhythm of the flow homeslice, and you’ll get this track right to where you need it to be.  Paired with the melancholy vibes of the music surrounding him, the more desolate the words come out to match that energy is likely going to be that matching sound he’s searching for.  Musically, this cut is completely aces all-around – love what I’m hearing in the music of “To The Moon” – and lyrically, the flow is just about as solid as it gets, literally crammed with syllables that never stop comin’ atcha.  As to the few lines where Old Boy jams in an extra word or two on this single…I ain’t gonna sit here & point-out, or harp on (1:30-ish) moments like that, because he bloody well knows what he needs to fix in those spots (2:30-ish) to tighten that up – I don’t need to explain that to him.  Keep that metering in-check homie…it’s the main hook of “To The Moon” by far…pacing & spacing is absolutely your best friend & main ally in getting this track to its maximum potential.  Bottom line on “To The Moon” is, Old Boy’s crafted a brilliantly exceptional storyline to fit the spaced-out energy of this song with outstanding lyrics…it’s a highly unique and really well written single-worthy slow tune that’s compelling & completely worth saving.  Right now “To The Moon” is a good song already as it stands, but I have zero doubt it could become a great one.  It fully reveals just how clever and creative this artist can be…I felt like this was his strongest cut of the three I’d listened to – it shows more depth & focus…and it has me stoked about what this dude might go on to make with his music & the limitless possibilities of where he could take it all next.