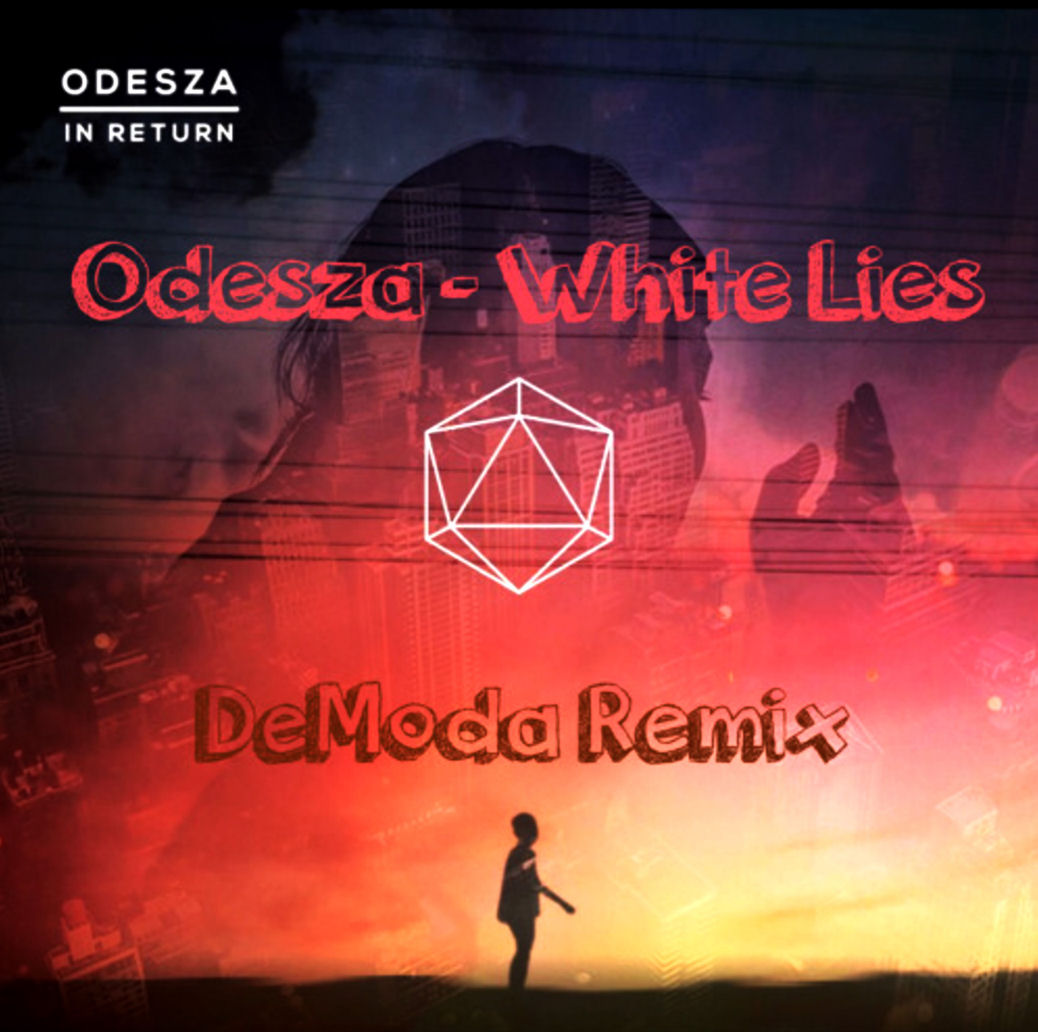 Great progression through the stereo speakers today. After checking out the latest single laced with an electro-pulse from Airy Jeanine, heading into this latest remix of Odesza by mixologist DeModa is almost a completely logical next step for my eardrums and attention. So right now…as “White Lies (DeModa Remix)” starts up, it all seems like blue skies ahead as this dreamy remix takes us for a chilled-out ride through some vibrant electro-dynamics.

Embarrassingly enough, I had to actually look up Odesza…this wasn’t a group I was familiar with. And from there, my embarrassment continued on to a nice glow that was like a mix of 50 shades of RED…because as it turns out, Odesza is actually based out of Seattle…which is only about a 3-4 hour drive from our headquarters at sleepingbagstudios, just south of our border. You deserve a massive thank-you DeModa – not only have I been introduced to your work through the “White Lies (DeModa Remix),” but you’ve also passed on a fantastic new band from me to check into. Music is amazing the way it can connect dot to dot to dot…six degrees of separation is true and in almost any situation you can think of, that’s all there really is between us at a maximum.

Makes sense to me as to why DeModa chose to work with this versatile song. From what I understand, despite its boldly-chilled vibe…DeModa has actually increased the BPM from the original song. It’s such an interesting track to hear when you consider that…”White Lies (DeModa Remix)” still manages to feel like it’s moving in slow-motion compared to the rest of the world. Definitely a testament to his mixing skills…when you look at it how that would affect the overall sound & feel of the music potentially, you realize what a rad job DeModa has done of retaining the essence of the song and found a way to put his own signature spin on how it all sounds.

This remix pulses, sways and floats in and around the angelic vocals, adding in precision-perfect electro-elements into the mix. Production-wise, this track is flawless…excellent dynamics for your stereo as “White Lies (DeModa Remix)” begins to take flight from the quick opening intro. From the lefts to the rights, DeModa has put the work in here on this brilliantly structured assembly that uses both the strengths in the music and his natural instincts in a perfect blend. Towards the middle of the track, “White Lies (DeModa Remix)” nearly explodes with electro-fireworks…the low-end is pumping away as stuttered-shots of beautiful vocal melodies glitch and switch between parts.

The thing about remix-artists and mixologists…GREAT producers like DeModa here…is that you just don’t take on someone else’s song UNLESS you truly believe you can add another dimension to it…or take it to a different place. I think DeModa can rest-assured…he’s done a fantastic job here giving “White Lies” a brand-new feel, atmosphere and layout through this remix; definitely the hand of a skilled pro and I’d be looking forward to anything coming remixed from his creative perspective.