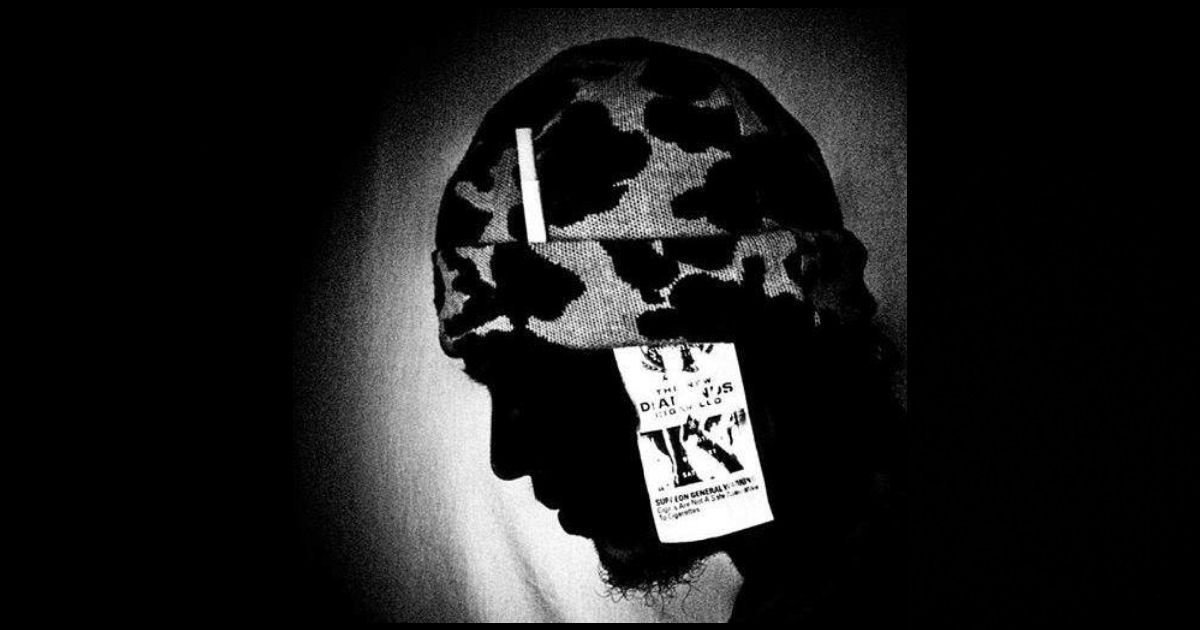 What I’ve always admired about every genre of the independent music-scene, especially over these past years here at sleepingbagstudios, is the level of honesty that comes along with the music I hear.  That doesn’t always mean writing about something that’s based on experience or something that actually happened – a lot of the times, that’s much more of a reference to the artists/bands out there making the music they truly want to make, without compromise.  Obe In Space is a great example of that…I’ve checked out several of his cuts while listening to his latest joint called “The Deep End” – and you can hear that this dude is executing on the vision he’s got for his sound for sure.  He’s got a whole bunch of cuts on his page that have come out this year that prove he’s focused on establishing his own style & finding a way to set himself apart from the rest of what’s out there.  And believe me when I say, you’ll get to know Obe In Space real well if you’re listening up…and it’s because I have, that I can fully recommend you pull out your bong, or light yourself a spliff, and take these tunes in as they’re intended.

You’ll dig on the wild personality revealed in cuts like “Smoke,” and certainly appreciate the gravity, weight, and impressive melody you’ll find in his single “Year Of The Dead” – Obe In Space has got a whole bunch of great ideas and a lyrical style that gets to the heart of what he wants to say…you’ll like what you discover in this artist.  The music that Obe In Space has got out there right now shows a solid versatility in sound…there’s still some room to evolve & improve of course, like just about every artist under the sun, but considering that all these songs I’m seeing online have been released this year, that’s natural.  And hell, as I’ve said multiple times on these pages throughout the years, it’s a damn good thing – if we all came out immediately satisfied with what we created first, we’d stop right there & call it a day; as artists, we should always be hungry for those spots we can improve & attack’em with full force in the future.  That’s always what it’s about here y’all…doin’ our best to assist the whole community in finding their way to that next-level they’re seeking out.  When I hear the potential in ideas & songs like “Year Of The Dead” or “Lil Baby,” it’s easy for me to hear that Obe In Space has all the right pieces of the puzzle to succeed from stylistic rhymes, a chilled-Trap approach, clever & fluid bars that flow perfectly – I have no doubt that once this dude gets a handle on the threshold of the low-end you’ll find on these beats & wrestles it below the red-line, that the people out there will be bumpin’ his cuts loud’n’proud.  Because right now, he’s about a remix away from finding his way to the top spots on playlists out there like his music & efforts certainly deserve…and when we’re talkin’ mere volume adjustments, the fix for the future is inevitable…like you can hear the noticeable improvements already on a track like “Lit” – where everything is bang on-point.  The important thing is that the ideas & identity are therein each of these singles – and they are when it comes to what Obe In Space is creating…ain’t no doubt about that.

As far as “The Deep End” is concerned, he’s got himself a solidly rhythmic cut that makes impressive use of Obe’s stylistic approach to the mic, leading the way to the main melody you’ll find in this single with the vocals he puts in.  Definitely one of those cuts that, the more you spin it, the more you’ll find you get right into the vibe he’s creating here…every time the punch of the beat comes back in and he starts “chillin’ in the deep end” again, it’s a huge moment with a ton of genuine appeal & hooks coming from the cleverness in the writing to the way he’s performing it that make an impact.  No question, the low-end is still getting the better of him here in the mix a bit on “The Deep End” – but as I’ve already pointed-out, that’s an easy thing for him to take on in future cuts and keep a closer eye/ear on to fix up.  As it stands right now, there certainly wasn’t anything stopping me from giving this single multiple spins – “The Deep End” has a commendable amount of quality access points that connect…hooks that definitely reach ya…every time it started back up again, I was more than happy to let it keep playin’ all over again.  Obe In Space is “just chillin,’ goin’ beastmode” – and you’ll be stoked to strap-in for the ride; “The Deep End” goes for a smooth glide from the music into rhymes that pop-out of your speakers through the effects & stylized sound of this artist/emcee…overall, it’s a solid gateway in to his music.  Keep it locked on his page and give the rest of his cuts a spin as well – you’ll dig what you find…Obe’s kept the singles coming out hot & fresh in 2019 and there’s lots there for ya to turn up this summer.

Find out more about Obe In Space from his official page at Facebook here:  https://www.facebook.com/ObeInSpace