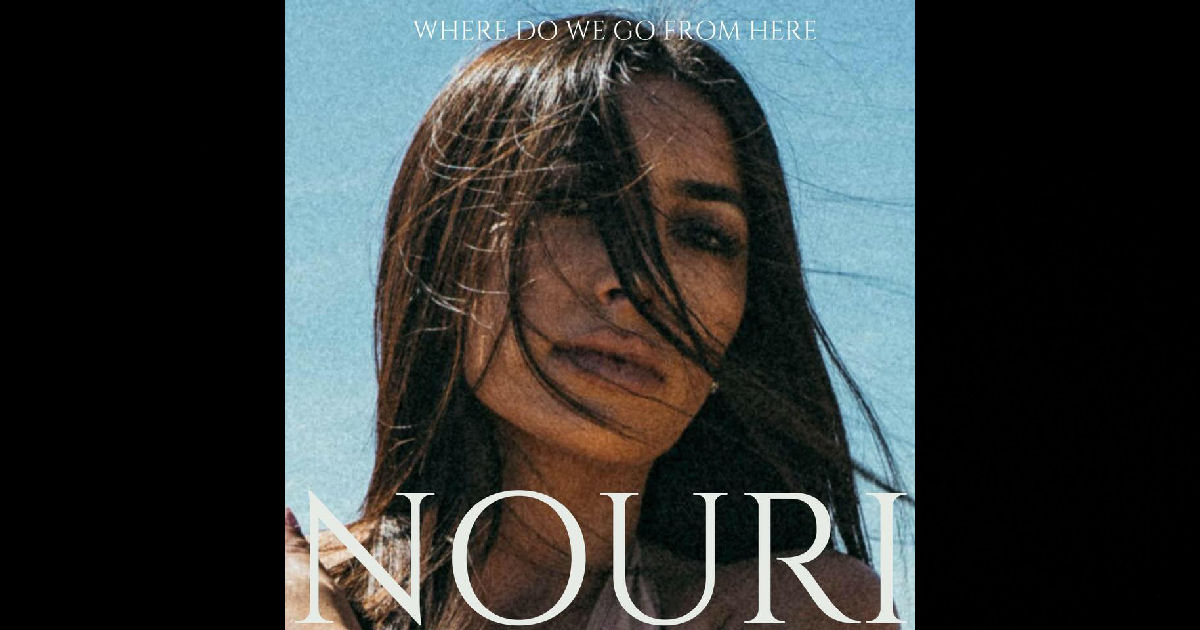 Nouri – “Where Do We Go From Here” – Single Review

New Zealand!  What exactly are they putting in the water over there lately?  I want some too!

It was only just a few days ago that we first got a chance to listen to the new single from PRINS and were massively impressed, and now here we already have another incredible female voice and artist destined for the spotlight on a worldwide scale with Nouri, who sounds absolutely fantastic on her latest song, “Where Do We Go From Here.”  100% exceptional – the smooth hooks of this single are designed to pull at the heartstrings and get the emotions going just as much as it is to deliver a sound you gotta turn up.

Though this single is technically a debut release, she’s already had a solid taste of stardom and clearly has the support of some strong surrounding talent & names in the industry – Grammy Award-winning producer Brian Kennedy (Lady Gaga/Rihanna) for one, who’s currently working with Nouri on her upcoming EP being released next year.  You’ll also find her on the soundtrack for Daddy’s Home 2 as well, where I believe she’s billed as Vivian Nouri on a song called “The Only Gift I Need” if I’m not mistaken.  Considering that movie didn’t come out all that long ago, that we’ve got a new single from her here now, and that we know she’s already in the process of getting that next EP ready – it’s clear the momentum in her music career is picking up quickly – and I can hear every reason as to why that is.

Credit where credit is due – the songwriting here is bulletproof in every possible way, but it’s the connection that Nouri finds with these words and with this entire vibe that pushes this song from a good one to a great one.  She’s got one of my favorite attributes and qualities in a singer…that ability to control the break in her voice and connect that sincerity of emotion to the movement of her vocals.  When it’s used as precisely and professionally as you’ll find in Nouri’s technique, it’s breathtaking – it’s the kind of emotion in a voice that you can feel resonate inside of you…she’s got that X-factor.  As for the music…I mean c’mon, we’re talking pure gold there too – the beat & atmosphere are incredible and the production completely sparkles & shines.  In many ways, it’s kind of got a similar like…you know that magic you hear in a moment like “Fast Car” by Tracy Chapman?  This is a completely different song from that – but the warm glow and comforting aspect of the music & production has many similarities to just how readily accessible it is to all of our ears.  Style-wise, Nouri’s embracing a subtle & chill Dance/Pop tune here at the end of the day, with her brilliantly soulful R&B vocals adding even more power & depth to the crossover potential of this completely single-worthy tune.  You need further proof?  Scan these pages of ours over and over – you’ll see that typically, I’m probably found outside of Nouri’s genres more often than not…and I’m tellin’ ya, if I had the time to spin this song all day long, I absolutely would.  Nouri had me by the time she finished her first line on “Where Do We Go From Here” – just so happens that she continually gets better & better from there as her new single plays on; I love what she’s doing in the verse and I think the chorus hooks are straight-up immaculate.  My favorite moments from Nouri probably comes through those lines directly before the chorus starts as she exits the verses where she transitions the song from part to part, putting her remarkable instincts and abilities on display for all to hear.  With one last ace up her sleeve, you get a guest-appearance towards the final third of this song in a breakdown, strengthening the sound of the finale of “Where Do We Go From Here” even more as it heads towards the end for a smooth victory.  Lyrically sound and built on thought-provoking details of the struggles of the heart, the layers of contrast are exceptional.  You get that bright & shiny sound of the rhythm, melody, and music that’s truly enticing & charming from the lefts to the rights, but the more you dig into “Where Do We Go From Here,” the more you’ll find is there as Nouri digs deep into a well of emotions to create a powerful moment in time that genuinely connects here, big-time.  It’s a verifiable hit as far as my ears are concerned, Nouri has it goin’ on in every right way possible with this single and I have zero doubt about the masses feeling the same way I do.  Fantastic song, fantastic production, fantastic performance – ya couldn’t ask for more.

Tags: Nouri Singles sleepingbagstudios Where Do We Go From Here