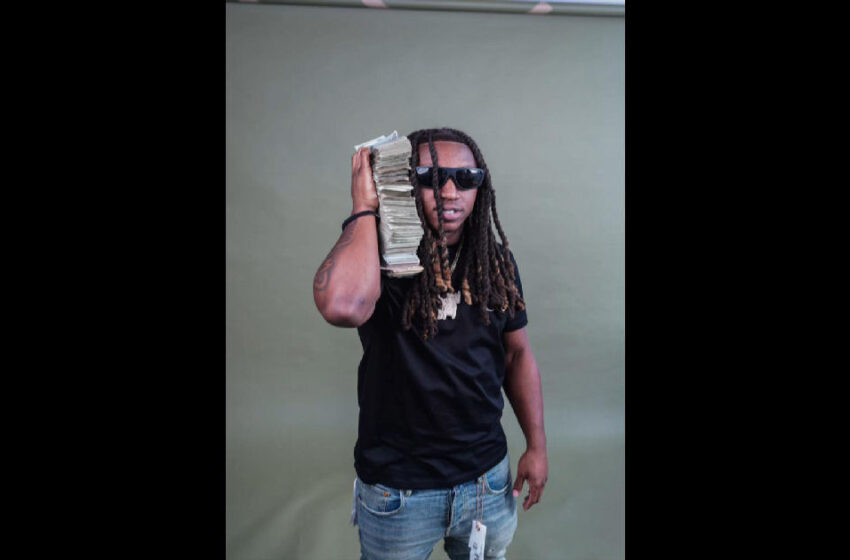 I mean…I know that Nixon Ski directly tells all of us not to stare on his single “SKRILLA” and all, but…like…c’mon y’all – LOOK AT THAT PICTURE UP TOP, will ya?  We’ve all seen a few stacks of paper in our time watching videos & whatnot I’m sure – but like, usually we see’em stretch as large as a handful at the max – I’ve never seen a dude full-on SHOULDER-CARRY his stack before!  Shout-out to Nixon Ski – this dude clearly balls out…that picture don’t leave any extra room for interpretation, you feel me?  Have a listen and a look at the video for “SKRILLA” – you’ll find out Nixon Ski & Lil Darius earned their bread and their street cred in the process – and now they’re movin’ on up to the major leagues, 100%.

From what I’ve learned, Nixon Ski’s actually being repped by BMI now…so he’s well on his way to livin’ the dream on a permanent basis.  He’s put out a whole bunch of singles online, his debut EP called Momma Son in 2021, and even more recently, just dropped a full record called SkiBall this year – which features “SKRILLA” in the set-list.  Nixon has got his whole career movin’ in the right direction, and he’s got that modern-day edge to his whole Trap vibe that is highly relevant for what’s out there in the scene right now.  Backed up by the homie Lil Darius in the mix who confidently holds his bars down tight too, and the visual support of SHOTBYFATBOI to make this video happen – Nixon Ski is raising up the level of the game by making sure to take his crew to the top with him, exactly like a real leader should be doing.

Determined and focused, Nixon Ski is stackin’ up the dollars he deserves for the effort he’s putting in – make sure to check out “SKRILLA,” and find his new record SkiBall & more of his music at Apple online:  https://music.apple.com/us/artist/1-nixon-ski/1544396880