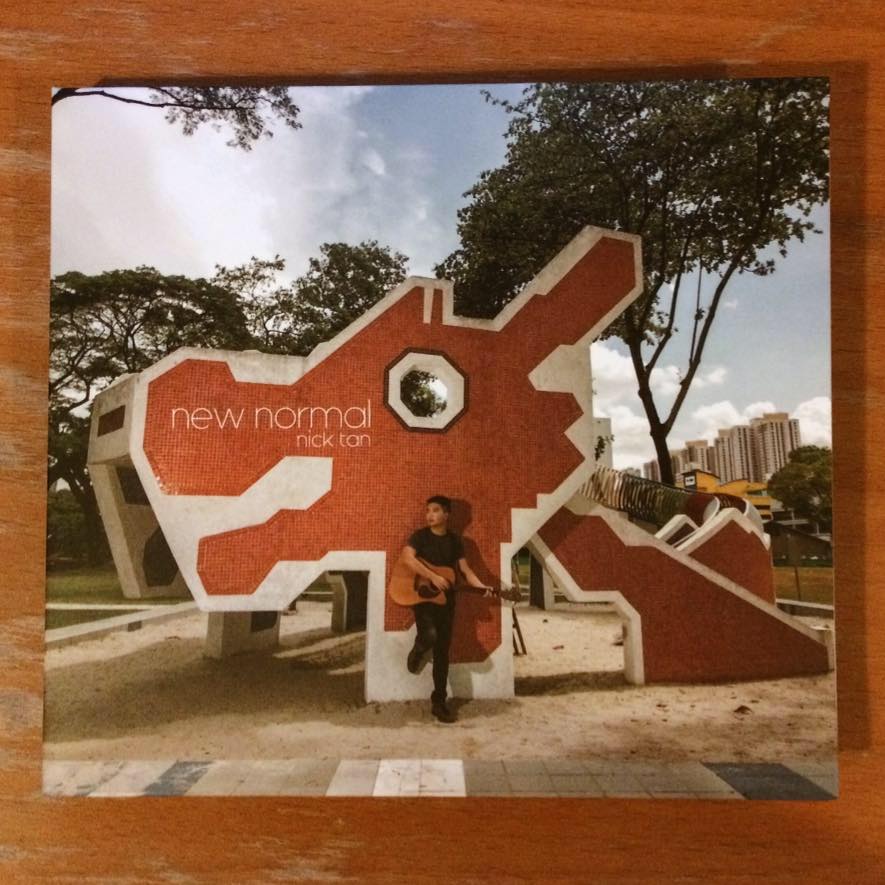 We’re in what you might call the aftermath period for Nick Tan’s New Normal EP.  The regulars out there that haunt the pages of what we cover here at sleepingbagstudios already know I tend to do a lot of reading while I’m listening to the music…checking out social media, official homepages, posts & tweets of all kinds in effort to get closer to the mindset of the people behind the music and what drives them.  Not sure if we didn’t make the cut in the first wave of the promo that happened for New Normal when it was released in August of last year…but I can tell you that the EP came out, the critics seemed to generally approve of it, and ran its initial buzz on social media, whipped up a homepage to support it…and then everything went kinda silent posting-wise.  I try to never read anything that’s already been written about an artist or band I’m writing about when it comes to the actual reviews themselves…I’ll read bios & interviews, I think that’s fair game…but I try to keep any opinions I have objectively my own and therefore make it a habit to never read another review on the same album, EP or song until I’ve finished writing my own.  On Nick’s homepage…it’s nearly unavoidable to see the pulled-quotes pop out at you on the website though…so I have a general idea of what they said…but no real clues as to what made Nick put out the EP and nearly disappear…perhaps he’s already hard at work on writing his next set of songs, inspired by the accolades that surrounded the New Normal release.

The acoustic singer/songwriter starts out gently with the guitar and synth-strings setting a melancholy and reflective-mood for the lyrics to follow on “Homebound.”  The build in this track is perfectly sweet…kind of fits in that like…Edwin McCain kind-of sound…but at the same time, hearing the way that Nick approaches the second-minute of this cut with such bold ideas in the melody shining with beautiful-but-fragile confidence.  Sounds like slight effects on the vocals to enrich the sound, but there’s no doubt about it…Nick can certainly sing; due to the audible-texture you can hear in the vocals, production might still need a little more smoothing-out, but it’s like, 99% of the way there and I doubt many people would notice.  As always, for me, the important thing is that the songwriting, passion and ideas are all here – and Nick puts on an audible clinic for how to write a powerful opening song with “Homebound.”  Fantastic start.

And personally, I felt strongly towards this entire EP from Nick…I think the songs show a lot of heart in the songwriting.  I was just having a conversation the other day about ‘writer’s mode’ and what it is/isn’t for them; I know for myself, I do my best writing here on the page when I’m in a good mood, but do my best writing in the recording studio when I’m sad.  “Over It” is kind of a clever play on relationships & inspiration when it comes to the songwriting and lyrics…the words are sharp and play on the need for heartbreak to play its role in the creative-process…and hence, Nick never really wants to get “Over It” or the muse responsible for the emotions that create the endless loop.  At least that’s what I was hearing…and I think these are very smart words if my assumptions are correct…also, it’s a great way of expressing the real, honest truth in the entire situation…Nick’s put the push/pull of love in perfect perspective here.  At first I felt like “Over It” was more of a straight-ahead pop-inspired love-song…but really, I think there’s a lot more to this one once you dig a bit deeper into the lyrics, making the contrast between the bright melody in the music even more clever.  Great harmonies on this tune as well…might have been able to bring up the main vocals a bit more by comparison but at the end of the day, the singing on this track sounds tremendously inspired and right in the moment.

Like almost everything we listen to on a record, some songs are bound to speak to us more than others.  For example, I’m a melancholy-but-powerful-emotion kind of listener…that’s what I’m looking for usually…something sad or hopeful, with powerful dynamic music that fits the words and a performance that sounds committed & believes in the lyrics.  And it’s in saying all that…that I feel pretty confident in saying that “Come On” was most likely my favorite song on the New Normal EP.  I try to spin a record as evenly as I can when listening to them and eventually writing the reviews…but I definitely feel like I clicked on this middle-track a few more times than the rest.  “Come On” is absolutely gorgeous…the sincerity and emotion in Nick’s vocals make all the difference here…the music is plenty emotional on its own, but Nick’s pleading words are sung-out perfectly in a real heart-on-the-sleeve sound.  Once again the harmonies and backing vocals are extremely cleverly placed and really give a lot of movement & life to the piano, guitars & beat of the music Nick makes…like I said, there’s a real songwriter here for sure.

Nick’s kind of like a one-man version of The Fray – or at least that’s what came to mind when I listened to “Left Behind.”  I don’t necessarily think the dude from The Fray gets it all right in the vocal-department personally, but I do think that the songwriting is always decently strong in its emotion and sincerity.  I think “Left Behind” has a lot in common with the approach that The Fray singer Isaac Slade takes…it’s a much more human approach here on this track than say, what we’d heard in the beginning with “Homebound.”  You still get the hooks, you still get the twinkling of the piano building the emotion and tensing-up the moments…but you get a little bit more of a raw sound on the verse this time around.  Verse only mind you…I feel like the chorus of “Left Behind” came out absolutely stunning and one of the real highlights for me on this record…but yeah, the verse needed maybe just another take or two.  I think you can hear Nick’s confidence in the chorus writing really come on strongly…whereas in the verse he sounds a little-more unsure of where to take it.  That being said, I think the chorus of “Left Behind” is one that will completely speak to many listeners out there…and if they’re anything like me, they’ll find themselves digging this tune overall just on the strength of its main-hooks alone.

“You” was a good track to end it on…Nick’s understanding of songwriting dynamics really gets this one to soar to memorable places with its endearing buildup and chord-progressions.  A few spots on this track and “Left Behind” that I’d probably seek out another take or two in the studio to smooth the vocals out entirely – but the important thing is, the writing is there.  Nick can honestly write one heck of a song and creates beautiful melodies, and about 95% of what I’ve heard I’d never think of changing even slightly…but I think he owes it to himself and to these powerful songs he’s written to make sure he’s getting that 100% out of them.  So…don’t get me wrong – I don’t want to leave you with an impression that I’m not completely stoked on Nick Tan’s music, because I truly am.  I think there’s a great songwriter here with a wonderful ability to capture & express real human emotion we can relate to…he’s done a very authentic job of personalizing his songs in a way that we can all enjoy.

Find out more about Nick Tan at his official homepage at:  http://www.nicktanmusic.com/