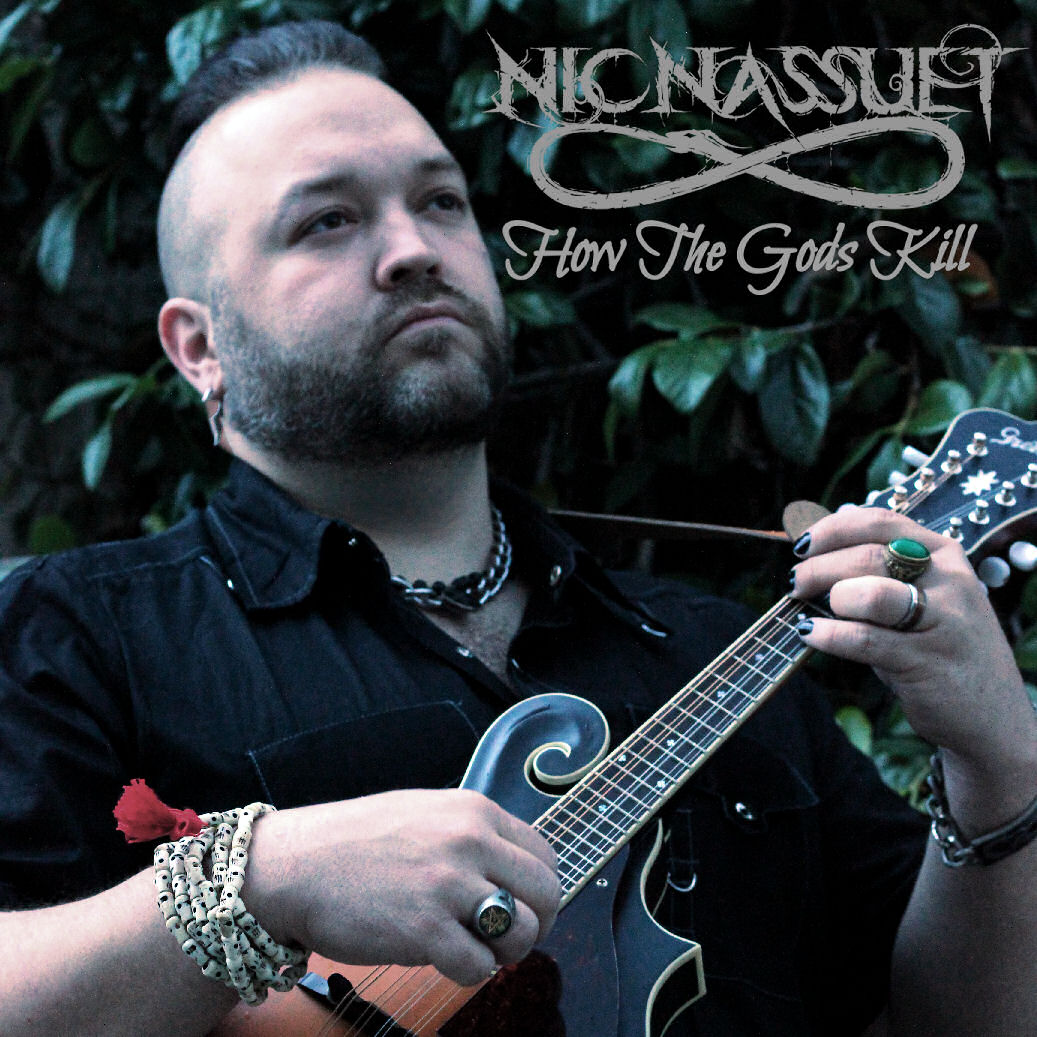 A few of you out there will have heard the original version of this song by Danzig I’m sure…but I’m also certain you’ll have never heard his material from the perspective of a true artist like Nic Nassuet.  Personally, I had to look this one up to listen to the original composition as well to gain some ability to provide a little insight on how he’s changed this one up…I have no problems admitting that I’ve never had much love for Danzig and I’m not familiar with too much outside of whatever was showing on MTV while Beavis & Butthead surfed the channels.  They always loved him – so what do I know anyway?

While he has chosen what might be considered to be one of the softer songs in the Danzig catalog, there’s still a lot to work with melody-wise.  Nic has always had an intense, innate ability to transform music into serious creative landscapes, sounds and ideas with the highest-level of execution…and he certainly doesn’t disappoint here on “How The Gods Kill” – I think he’s nailed it here.  For a person like myself…I’m stoked whenever someone can change my own perspective or thoughts on another’s material like this…I’m to say the least, impressed that Nassuet was able to take a Danzig song and present it in an extraordinary way that has real texture and atmosphere I could appreciate.

Between the hollow sounds of the gentle acoustic guitar alongside the beautiful string sounds and bass tones added into the mix, lies a dark beauty and real gem of a song here.  You get chills as “How The Gods Kill” begins and Nic’s voice comes chanting & singing through the darkness…the opening of this song really creates the feeling of being in a moment and experience other than your own; you’re in Nic’s world here – and you get a great song that highlights the many reasons he’s recently been dubbed ‘the king of gothic-folk.’  Kneel to the crown.

With the mix & production as crystalline and stunning as it is, the whole track dances like a hallucination in haze of a vision quest.  His vocals are spot-on, the adaptation is insightful and the playing/performance is a flawless one – I don’t know what more we could have asked of Nic here on this cover-tune.  As I understand it…he’s just about to put out a brand-new EP called Torment – An Acoustic Tribute To Danzig – so I think that extra emotion, care and feeling you can hear is put into this song is a real reflection of the sincere respect Nassuet has for the original version and artist in question.  He’s elevated a good song to a great song in my opinion…but that’s one of the things I really appreciate about Nic’s music & choices; I don’t think he’d take anything on that he didn’t really feel like he could bring something new to.  “How The Gods Kill” is a perfect example of a singer/songwriter really hearing the strengths in a melody and how they can be adapted to a personal style – he’s taken the essence of Danzig’s idea and preserved it, built-on and evolved it even further with remarkable results.

The approach to the chorus is true awesomeness.  Danzig is known for big-notes in his music…and you almost wonder when listening to Nassuet’s music in this adaptation if he’ll let it all loose and go for something similar; and I thought the way he chose to go about it all by really enhancing the melodic-edge of this tune was the complete right call here.  He doesn’t shy away from the parts in this song that naturally swell & expand to larger demands – he displays the control of the consummate professional and slips some of his most gigantic notes and range into the mist of the music cleverly.  Essentially, even when Nic’s performance gets bigger, the music around him also responds; the chorus often strips a little bit away from the sound to allow his vocals to really ring out early-on and later in the song it all rises-up around to surround him and envelop him in the atmosphere he’s created.  The final minute really packs an incredible intense, emotional-punch that really brings the depths of the words to light and the music remains haunting and beautiful right to the very end.

Nic’s done this songwriting true justice here.  It’s strong enough that it will pull in people like me that are naturally on the fence about Danzig’s music through its stunningly dusky atmosphere and fans of the original are bound to salute an effort like this to preserve what was important in the original and elevate the song to a new existence.  When you consider the recent success of Disturbed’s cover of “Sound Of Silence” – the timing itself couldn’t possibly be more perfect for a sound like Nassuet’s; I have a feeling people out there are going to love what this guy brings to the table on this new upcoming EP.

Find out more about Nic Nassuet at his official Facebook page:  https://www.facebook.com/nassuet