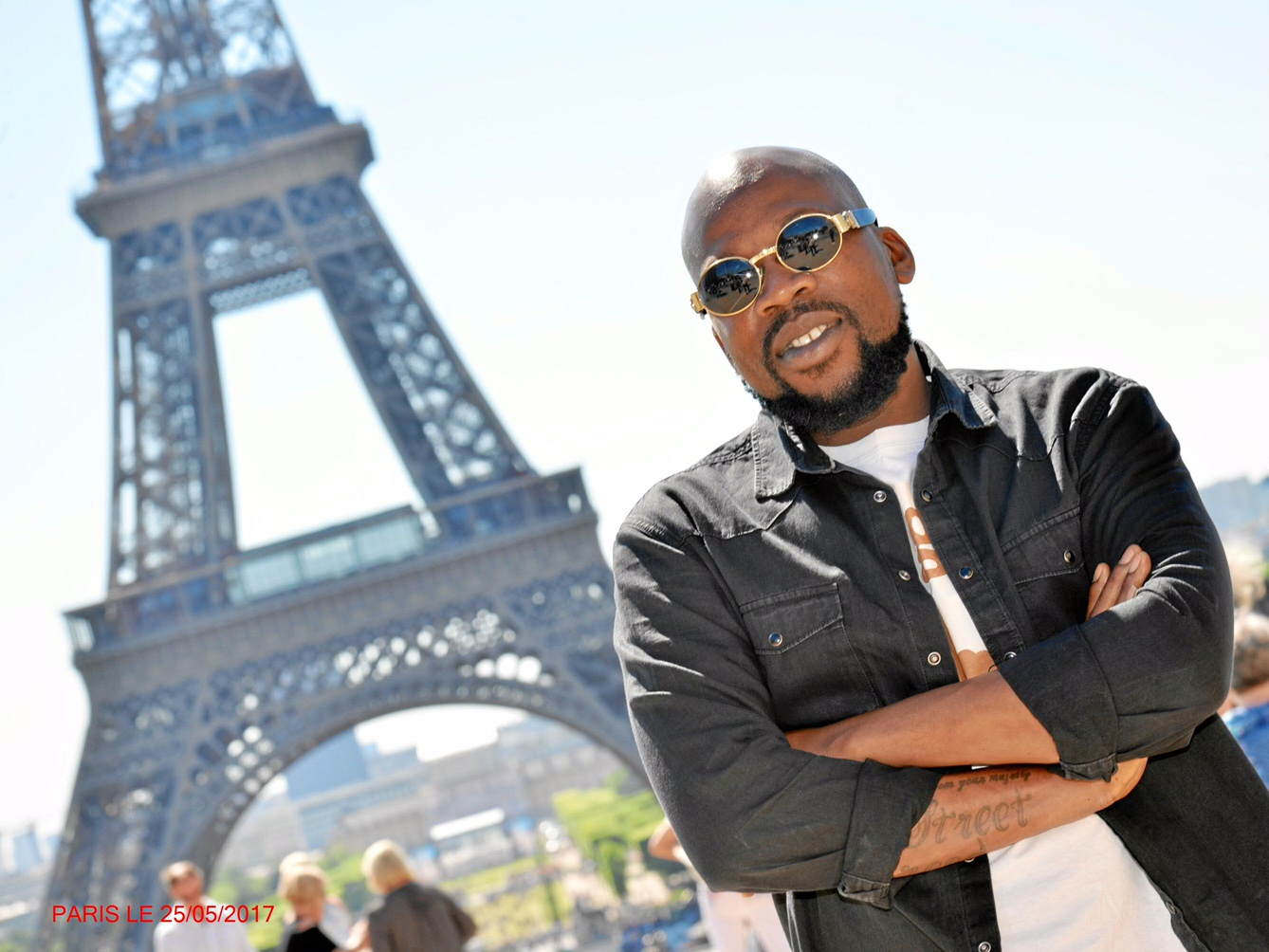 Sometimes it can really be amazing what flies under the people’s radar.  Nigerian/Parisian artist NegoBoi is full of talent and bright ideas in music that really showcase an insightful amount of innovation in combining dance, electro, R&B, hip-hop, different languages and a whole lot of worldly experience.  These songs are all still fairly new…we’ve actually got our hands on three singles, each one released progressively over the past three years…it’s been a great way to check out the music of NegoBoi and hear the different styles & directions his music has taken over time.  To be as truthful as I always am – I’m honestly kind of surprised as to just how much I did end up liking these cuts…what NegoBoi does in a sense, would be located outside of what I’d normally listen to…but this guy is every bit as addicted to effects and making sound straight-up interesting & full of texture that he easily pulled me onto his side.  I think it definitely has a lot to do with my first impression of NegoBoi’s music…we’ll handle these songs chronologically so we can all hear where he’s started & where he’s going now with his music in 2017.

I started with a cut called “Crazy About You,” which dates back to 2015 and is still entirely relevant for today.  This track was the first song I’d heard from NegoBoi…and it kind of took me by surprise; more than anything else, I was just surprised that I haven’t already heard this out there in my travels.  I think the song is certainly vibrant enough in its original form to be a hit – but even IF it wasn’t completely intact, the chorus hook alone has the kind of power and pull that remixers and DJ’s love to borrow.  I can understand an argument against how thick the effects are applied to the vocals…some people are going to feel that way, and I’d get that…but for me, this worked insanely well.  I won’t lie…I barely understood a single word in the first verse due to just how many of the effects are applied…but with both Nigerian & French experience & exposure…I was willing to go with it; it could have been in that it was actually different languages all together and I’m pretty positive at times that it is.  So I turned that side of my brain right off…I just concentrated on the amount of rhythm & melody in the words, flow and music…and I think in doing that, really allowed this track to sink right in.  I mean…the hooks are EVERYWHERE in this cut…I really loved the way that NegoBoi and Jaiyeola Success sing this song – they are exactly what people want to hear in the powerful chorus hooks of “Crazy About You,” sounding intensely sincere and really harnessing the magic of emotional-connection within the sound.  There’s another emcee that steps to the mic in a feature set of bars too towards the end of the song…they do a solid job of bringing a different sound to the song and hold down a decent verse…but it’s the art of combining melody, hooks & effects that really steals the show here.  ”Crazy About You” is tightly written and designed to keep its most powerful moments locked in your brain for months & months – this is a highly memorable and all-out unforgettable hook he’s created here…I’ll seriously remember this tune.

Flash-forward to 2016 for “Decendants” featuring Manuella Kassa – and all of a sudden we begin to discover the diversity in NegoBoi’s sound.  Taking the atmosphere into a mixture of big-beat, island-rhythm and hip-hop combined…I liked the amount of range this entertainer instantly displayed through such a different idea & style on this second cut.  That being said…I don’t know that it’s exactly as universally appealing as “Crazy About You” was…those hooks are really, really hard to compete with and compare other songs to – but I still felt like there was a lot of validity in this new dimension to NegoBoi’s overall sound.  He’s definitely found a charismatic personality to bring the power to the hooks of the chorus once again – Manuella Kassa puts in a beautifully unique & confident performance.  Excellent rhythm in all the vocals from both Kassa and NegoBoi…”Descendants” sounds a lot more ‘modern-club’ in its style, still intensely energetic and enthusiastic, which seem to be staples of NegoBoi’s music.

Combining the real magic of the bright-energy in a song like “Crazy About You” and the club-sensibilities that you heard in “Descendants” – the final track and most recent from NegoBoi called “Give It” seemed like a perfect mix of the two modes we’d just experienced from him in the first two songs.  Featuring a brilliant turn on the mic from Leo Npp – it becomes pretty clear after going three-for-three when it comes to his guest-stars lending a hand that NegoBoi is surrounding by just as much talent as he has himself.  Everything and everyone has really sounded complementary to each other throughout these three songs; the collaborations make sense to the ears and they really manage to split the spotlight evenly in these songs.  The main hook from Leo Npp on “Give It” is SICK!  So good!  Real rhythm in his words as he flows through them…solid back-up from NegoBoi until he’s ready to take the lead and rock the mic with equally strong rhymes and just as much electricity in his performance.  The ever-present vocal-effects still work really well on “Give It” in my opinion…because of the versatility in the style/sound of the artists that NegoBoi works with, each of these songs have really all had their own unique textures and atmospheres…and there’s undeniable appeal & accessibility in his latest single.

As is often the case…sometimes we just need to be able to have someone point us in the direction of great new tunes…I like to think that’s where we come in.  NegoBoi’s definitely got me out of the alternative-rock world for a moment here…and it’s been time really, really well spent.  I think he’s got a really fresh sound and I think that he’s also brought out the best in himself by surrounding himself with such talented artists to collaborate with…it makes everyone rise-up to their A-game, and they do.  NegoBoi is definitely a born entertainer…I have no doubt about that…these songs could work in so many different places, different mediums and different parts of the world…it’s just a matter of time before the people really catch on, but I really think that they will.

Find out more about NegoBoi from his official social-media pages listed below! 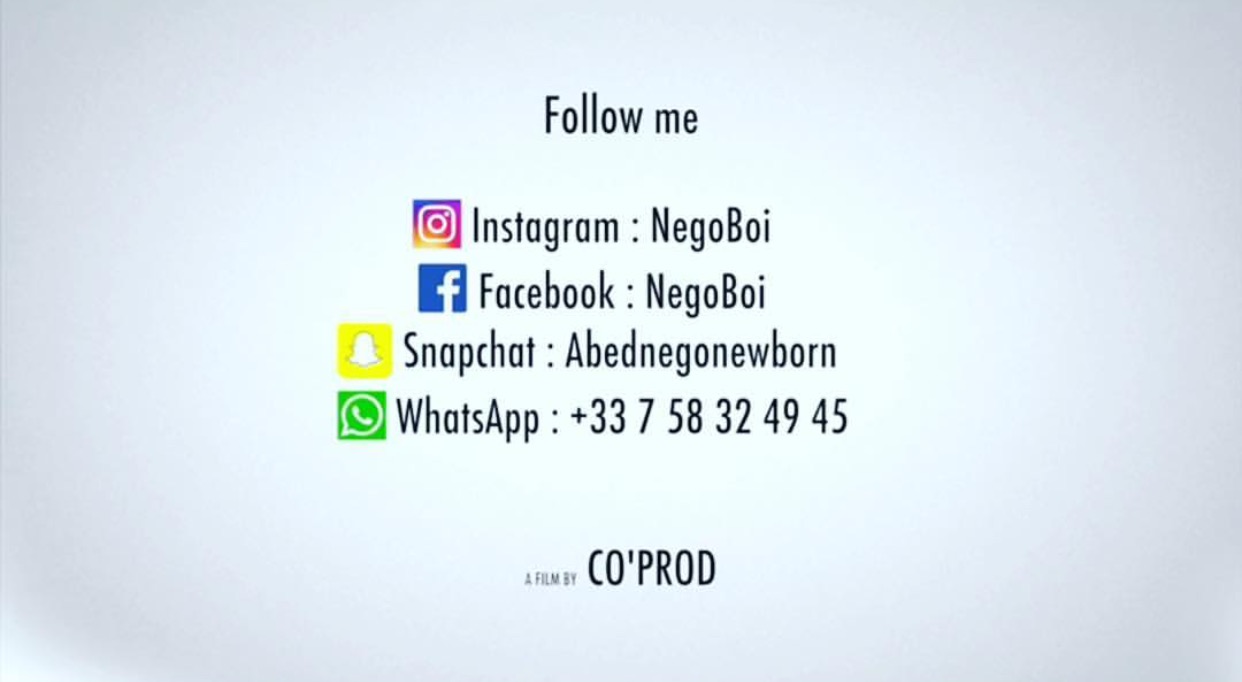