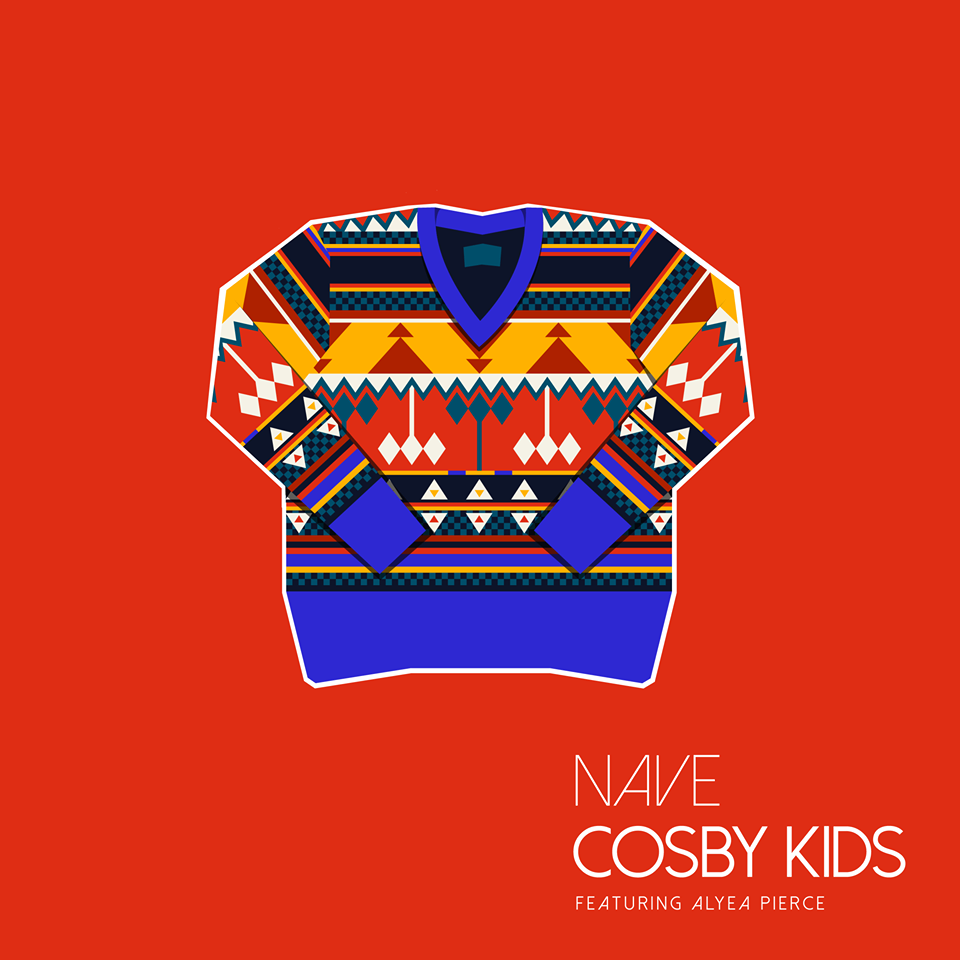 You ever have that moment…whether it’s staring at the garbage-dude outside in winter, or the call-center ‘help-desk’ representative, or maybe even the mayor of your hometown dealing with municipal headaches…could be anyone with any occupation really…but have you ever had that moment where you’re like, ‘DAMN – am I ever glad I don’t have THAT job!’

I had that moment this morning. These three tunes from Nave are coming to us early from what I understand…a preview of his upcoming record Espresso…and that’s potentially going to be a great record full of rad beats if these are any indication…but that’s also a pretty key-switch to the moniker. Because that job that I can’t imagine having right now…would pretty much be having to promote anything-Cosby – how in the hell could you possibly right now?

But what happens when you’ve been writing a song for a long time, the song is great, and then during the course of all that – the subject matter becomes the center of controversy and subsequently known for knocking people out to take advantage of’em. Seriously – that’s NEVER happened to YOU. Nave…still at the forefront of his career…now has a massive bullet to dodge right off the bat. Cosby has been front & center of every magazine in the country to every daytime talk-show right up to late-night cartoons like Southpark ripping him a new one over the past months – and not only is Nave in the position where he’s written a track that references Cosby right in the title and name-checks him several times in the lyrics – but it’s the lead-single as well!

So make no mistake…the grind for Nave is already an uphill battle whether he wanted it to be or not. And that SUCKS if you ask me…”Cosby Kids” is a smooth-tune…and a great track…it shouldn’t have to battle against anything, let alone a situation this unique and unlikely to happen to anyone out there more than .001% of the time. I can only imagine the news coming in to the Nave HQ…on one hand, that can be a devastating blow…on the other hand, people are doing an awful lot of searching for anything Cosby-related on the internet…and in finding this track, at least it won’t be all bad!

Because if you take the last six-months of press out of account, it’s easy to understand and relate to “Cosby Kids” and the nostalgic look it takes at life & love. I’ve certainly been the victim of a few Cosby-sweaters myself…and this track takes you back to that time. A simpler time…before all this shit got way too complicated and all-kinds of illegal. Nave puts in a solid performance, Alyea Pierce also drops by for some backing vocals and spoken-word that helps put the theme into clear-perspective. While it might still be time to ‘abandon ship’ on this as the single – it’s still a great tune; it’s just also in a predicament that might lead it to be misunderstood by many at the present time.

So…let’s help put some space in between Nave and Cosby…because these other tunes are Cosby-less and standout just as much with their hooks and clever lyrics. “Smart Girl” gives credit, props and a massive salute to all-things-woman from the body to the brains. Set against a solid bass-groove, Nave lets the words snap sharply to the beat, telling the tale of the willing young-man more than ready to acceptance the…the uhhh…hmmm…let’s say ‘guidance’ and ‘direction’ from a more mature lady. Solid tune that bumps back & forth from the speakers with a rad-rhythm & flow from both the music & lyrics.

Perhaps the best overall display of Nave’s raw-talent & natural-ability comes at the end of this preview for Espresso – it’s called “Press Play.” In this final-cut of what we’ve got to look forward to – this set of lyrics has incredible-depth and real rhythm to the flow. Nave puts his best right into the microphone here, once again cleverly writing the words to snap crisply to the beat; his precision & metering in his words is flawless. He rhymes quickly…but there’s such a smooth-vibe that makes the whole track feel like it’s gliding along, floating on air…the atmosphere in the music is pleasant, inviting, warm…and it all sets the perfect stage for the hypnotic-flow from Nave.

Despite a bizarre set-back in potential marketing…I think this Hip-Hop artist will bounce back like a rebound straight off the boards and head right to a slam-dunk. The talent & writing are all there…the production, mix & rhythm…it’s all there too. If we can just get Nave to change-up his Cosby sweater to a regular T-shirt & ball-cap…I don’t see there being anything stopping him on his path to success!

Find out more about Nave from his official page at: http://www.saynave.com/