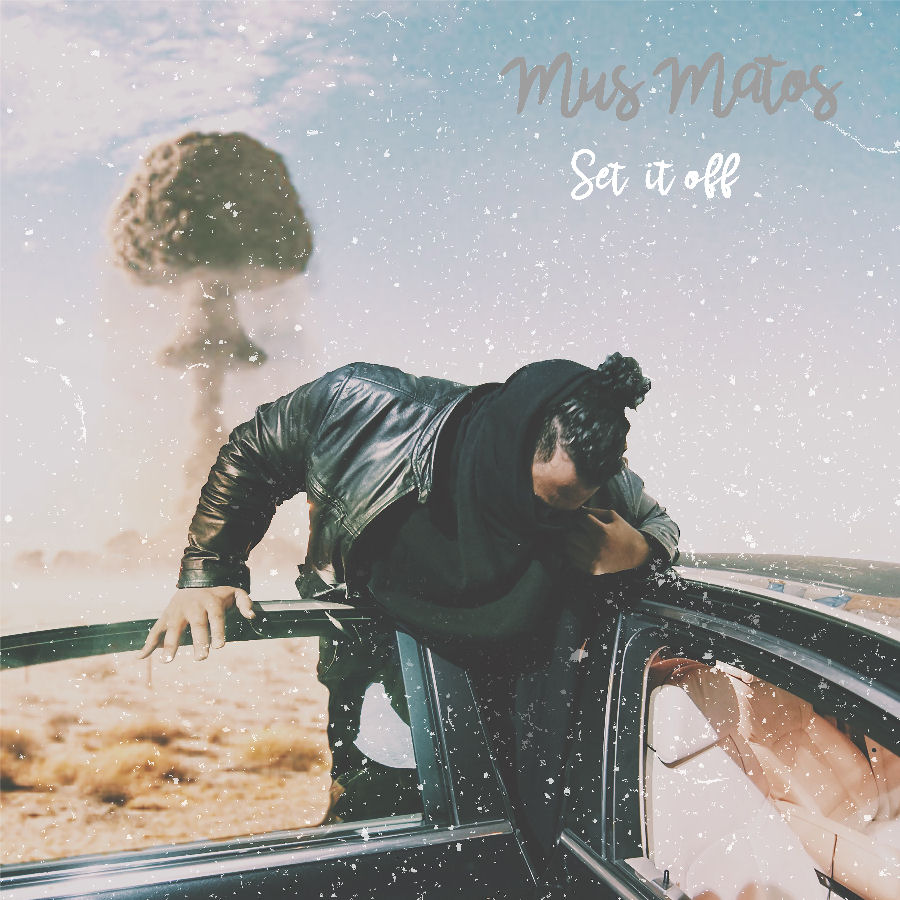 Processed with VSCO with c1 preset

The maestro of low-end atmosphere and gigantic-sized minimalist-beats, Mus Matos has returned with a new single that’s as hard-hitting as it is smoothed-out.  I dig the amount of contrast that these two come up with in their collaboration here.  Mus can always be relied upon for a stable, seriously-well-produced and jammin’ track to listen to – so no surprise to hear the man in action once again bringing it right to your table and serving-up another fresh cut, but also great to hear this one coming to us through another perspective, produced by Felix Leone.  Mus has a way of working with people that promotes getting their very best in combining talents…and between the two of them, they’ve got Mus sounding fantastic.

“Set It Off” preserves the Matos signature-style of minimalism in the atmosphere and also delivers each sound with maximum impact and serious effect.  I think after all this time examining the music of Mus Matos, I’ve finally figured it out – I think this guy makes sound VISUALLY.  I think he finds the most gigantic low-end sounds he can find for the music, hits a button or two, then sits back and watches the FULL wave-form of the audio expand and contract on whatever he’s recording on.  I think he’s addicted to watching this happen, which is why we hear it so often…but as a bonus for us as listeners, the clarity of these punched-up low-end sounds has a ton of depth to listen to.  And of course I’m kidding around – Matos is anything but a button-pusher when it comes to his music; he’s been in full-control the entire time and really directed and defined his style & sound more than most you’ll find in any genre of music throughout the independent scene.  At this point – and for all the right reasons, I could easily pick a Mus Matos song off a playlist full of tracks blindly just by hearing the music – the man is authentic, for real.

Each track I’ve heard from the guy seems to find a way to one-up the committed sound of hard-work from the experience before and “Set It Off” is no exception to that.  The music is spectacularly produced and tight from every corner; small-cuts and slight-sounds & sly-edits in the mix keep this track moving like it’s got the rest of the world on pause around it.  Each of these notes and big-bass tones get their full-life and ability to expand into the all-encompassing atmosphere that the blend eventually becomes.  The subtle use of samples and dialogue in the background is highly effective and really brings out the flavor in this track…I really liked how they were mixed-in low…seemed like they were set in there right at a place that those paying attention will get the most out of “Set It Off” and others might end up hearing it all on a subsequent listen or two.  But from the rap-verse, to the way the singing-parts drift in & out of the mix like the hazy-cloud in a smoke-filled club, Matos delivers another track that keeps us entertained through the clever restraint & control applied to “Set It Off.”  The vocals ring out and expand in the singing just like those wave-forms on the swirl of the low-end tones…as always, you can count on Matos to really work the space & atmosphere of the music…dude certainly knows how to add just the right amount of everything into a track, it’s impressive.

Highlight for me is definitely the samples leading into the rap-verse mid-point in the track.  It’s right about there that I think “Set It Off” really starts to find an entire second-life though a clever switch in direction.  The build on this cut is gradual, smooth and smart throughout – but I will say that the style itself is something that would be more likely to find a devout niche-following rather than mass-appeal.  I know that’s what I’d personally prefer anyhow…I’d rather a handful of people that truly give a shit about what’s happening as opposed to millions that pay attention for five-minutes and move on.  “Set It Off” does a great job of keeping the Mus Matos style & sound in-check – and personally I think when you have a defined kind of music like this that the best direction is to stay the course and allow the people time to catch onto it.  Because they will – and when they do, the ones that relate to the large-style of minimalism and swelling-atmospheres of Mus Matos will definitely stick around to find out what’s coming next.  The man continues to be a reliable source of solid, hypnotic-ideas out there in today’s independent music-scene and displays a real mastery in the clarity & quality of sound once again on “Set It Off.”

Find Mus Matos at iTunes and get yourself some music here https://itunes.apple.com/us/artist/mus-matos/id977757151 and support him at Facebook:  https://www.facebook.com/musmatos