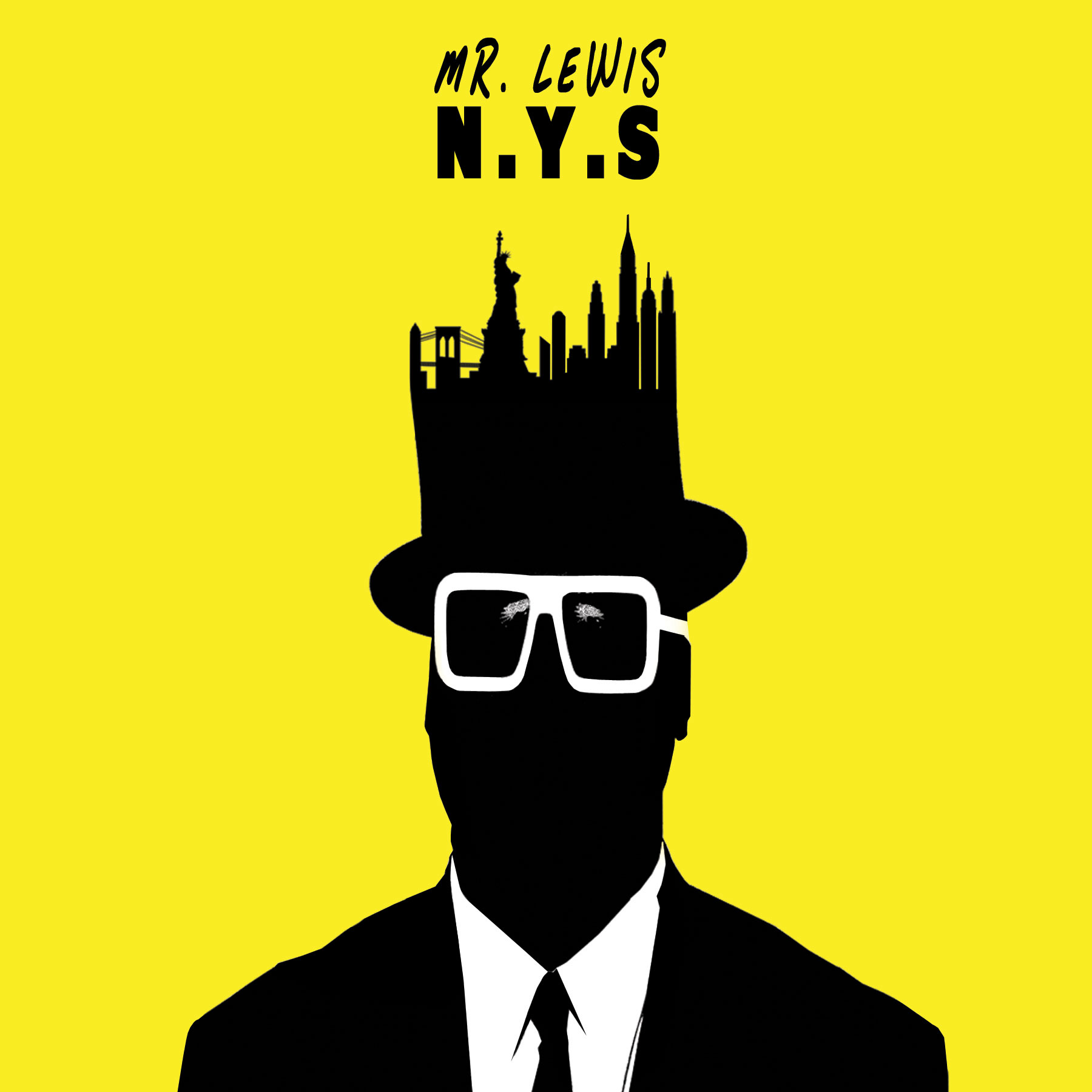 On the brightside…Mr. Lewis has made it plenty clear through the lyrics in “N.Y.S.” that he doesn’t really give a shit what I, or any critic has to say – so I suppose the pressure’s off my shoulders here.  Pass or fail, doesn’t sound like it would matter much to Mr. Lewis…I’m not even sure that he’d even care enough to read this review after listening to the long list of things he doesn’t care about in the words and rantings throughout the new single “N.Y.S.”

What I will say for sure…is that regardless of personal opinion, taste or preference to genre, style or sound – what Mr. Lewis has done here on “N.Y.S.” is guaranteed to get stuck in your head.  Not even remotely kidding…I’ve been listening to this cut off & on throughout the week, but even when I’m not, this chorus has become permanently ingrained into my brain and memory.  So consider yourselves warned – that’s bound to happen to you too.  As aggressive as it is catchy, Mr. Lewis handles the chorus with a straight-to-your-face style that has the vocals flying at you from the lead to the background in a fierce tirade & trade-off.

At the heart of it all – it’s really an ode to the grittiness of New York.  Whether the imagery in the words reflects the good parts or the bad…that’s up to interpretation…but they certainly give a glimpse into the mindset of Mr. Lewis and what he might personally think about it all.  He’s been clever in both the music and the words here; of course NY has a history of some profound punk-music…and it’s also got the dark underbelly of the city that rages underneath its glossy surface.  Mr. Lewis definitely knows this place well…and he’s able to list in great detail the parts he could do without while at the same time acknowledge its bizarre greatness.  With its amped-up chorus, you can tell that really…Mr. Lewis wouldn’t have it any other way.  It might have a bunch of shit in it that he doesn’t care about – but it’s still the city he knows and understands.

I dig the verse as well…it’s got a much different pace to it than the storming anthem-chorus of “N.Y.S.” and has a real Black Sabbath/Ozzy thing going on in its atmosphere and vocal-sound.  The music itself is versatile and electric…definitely an attention grabber from its big beating drums to the added synth sounds and rumble of the bass.  This cut moves quickly with an unforgiving sentiment – you’ll either like it, or you won’t…but one thing is for certain and that’s that Mr. Lewis will sleep the exact same way regardless of the result.  He’s not going to be up nights concerned whether or not you dig this – he’s on his “N.Y.S.” – so deal with it.

Reminds me a little bit of what Ice-T and Bodycount did for the L.A. music-scene.  “N.Y.S.” might be a little less aggressive and mean than that…but it’s still got ten-fists-worth of sound flying through the air just waiting for a face to connect with.  I’d give credit to any song that makes an impact like this does, as I’ve already mentioned, this is going to get stuck in your head one way or the other…and that’s always an indication that there’s something there.  I don’t hear any noticeable flaws in the performance, writing or the production…and everything seems to be played with maximum effort & passion.  So that leaves me with nothing to complain about – not that Mr. Lewis would listen to me whining anyway.  This one comes down to personal taste and whether or not you like your music with blaring intensity and looming aggression…and there’s a shitload of people that really, really do that oughta dig this.