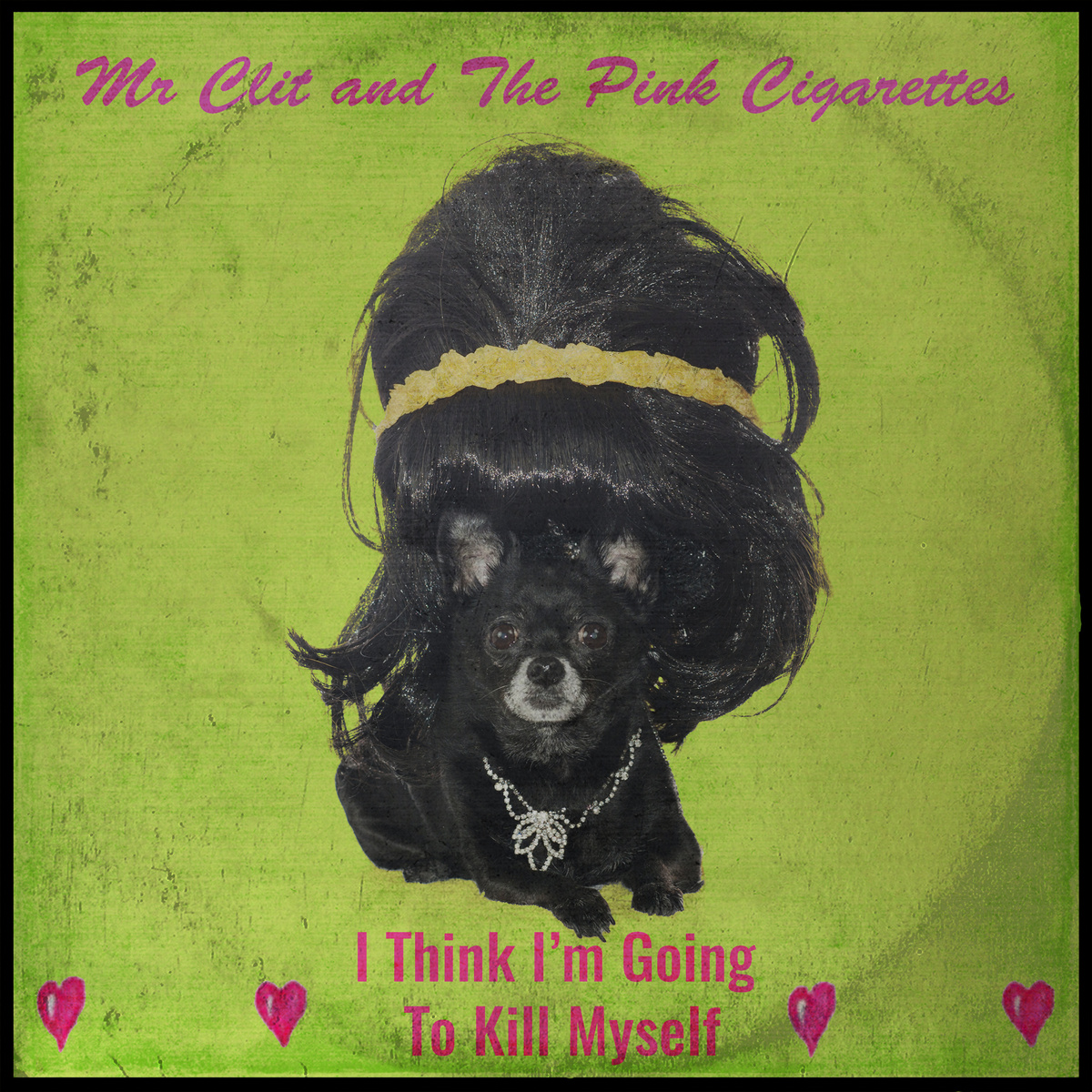 Believe it or not there are only two albums from my time growing up spent listening to everything I could get my hands on that I do not in fact possess today. For nostalgic purposes…a short lived band of the late eighties or early nineties called FMT…it was the first time I remember hearing a song that was new to me but not to the people that I was playing it to once I bought the cassette. The song was called “50 Ways To Leave Your Lover” – a song that a much wiser and older version of me of course knows was not written by FMT.

The other band I almost try not to think about anymore as it pains me to. It’s with almost certainty that I feel like I will never see, never hear, never touch this album again…an album by a punk band called The Disfigurines. With all-out recklessness, this was a wicked piece of music-history that never got off the ground or likely had anything larger than 200 discs circulated years and years ago…who knows how many are left today that contain their classic rendition of “Duke Of Earl” fucking punked-out to a furious beat…as I said…I try not to think about it if I can help it.

Today…I could not help it. So let me start by saying THANKS A LOT MR. CLIT AND THE PINK CIGARETTES…thanks for bringing back those painful memories of musical-loss for me all over again.

Actually…hold on a second… If I don’t HAVE the album from The Disfigures but I DO have the new EP from Mr. Clit & The Pink Cigarettes…and it reminds me of this band I loved so much…maybe it’s the other way around…

So let me start again by saying THANKS A LOT MR. CLIT AND THE PINK CIGARETTES – you fucking ROCK!

To be completely truthful…they do. And although the rhythm and groove of “I Think I’m Going To Kill Myself” contains (Elton John Cover) after its title – there’s no way in hell I’m falling for that. Not googling, not looking it up, not phoning a friend…there’s just no possibility that this is true – but MAN is that funny to me that they took the time to put that there! If that isn’t an indication of the sense of humour in this band then I’ve got them completely wrong…to me that’s a priceless piece of writing that probably barely gets acknowledged beyond a quick snicker by most, but to me that’s gold.

And when you listen to the song it’s ever funnier…it really has an Elton-esque feel to the melody which is the ONLY thing that makes me question whether or not it COULD be possible…but I refuse to give in. That’s just a genius tongue-in-cheek joke played brilliantly off of an observation they most likely made in the music; the punk-pop vein runs so fluidly together that it really will make you question it for at least a second though! The breakdowns amidst the in-your-faceness of the main verse/chorus are excellent moments and ring through the speakers hauntingly in a post-grunge vibe. There are baby noises…xylophones I think…I mean…it seems like within a short three minute burst, Mr. Clit And The Pink Cigarettes have managed to probably even play the leftovers in the fridge at some point within all of this sound. From guitars to bass to drums, vocals and back-ups…this song just FREAKS OUT all over the place and uses dynamics from what sounds to be absolutely EVERYTHING around them at their disposal. Yet somehow…as frantic and manic as “I Think I’m Going To Kill Myself” really is…everything has a wicked mix to it, never actually feels overcrowded but also never anything less than stuffed FULL. Even in those stripped-down breakdowns, the effective use of the silence and space makes those parts just as meaty and rich in texture, tone and atmosphere.

Who cares? I love THIS…whatever the THIS is.

With a production similar to albums I grew up with that were mired in the murk like from Mudhoney or from the first album of Belly…or anything from Throwing Muses…”Dear Darling” takes psychedelic sounds and twists them into one hell of an epic ride in just over two and a half minutes. Explosive drums, deadly bass and droning, menacing, guitar sounds come to life against a set of vocals to be REMEMBERED. In a full-on distorted assault…this has just about all the spice you got in the cupboard and is cookin HOT – “Dear Darling” for me was every bit as entertaining, if not more so than the song before. Bottom line is – both of these songs worked incredibly well and I’d take a whole freakin’ bowlful of Mr. Clit And The Pink Cigarettes if I could get one. Please sir…can I have some more?