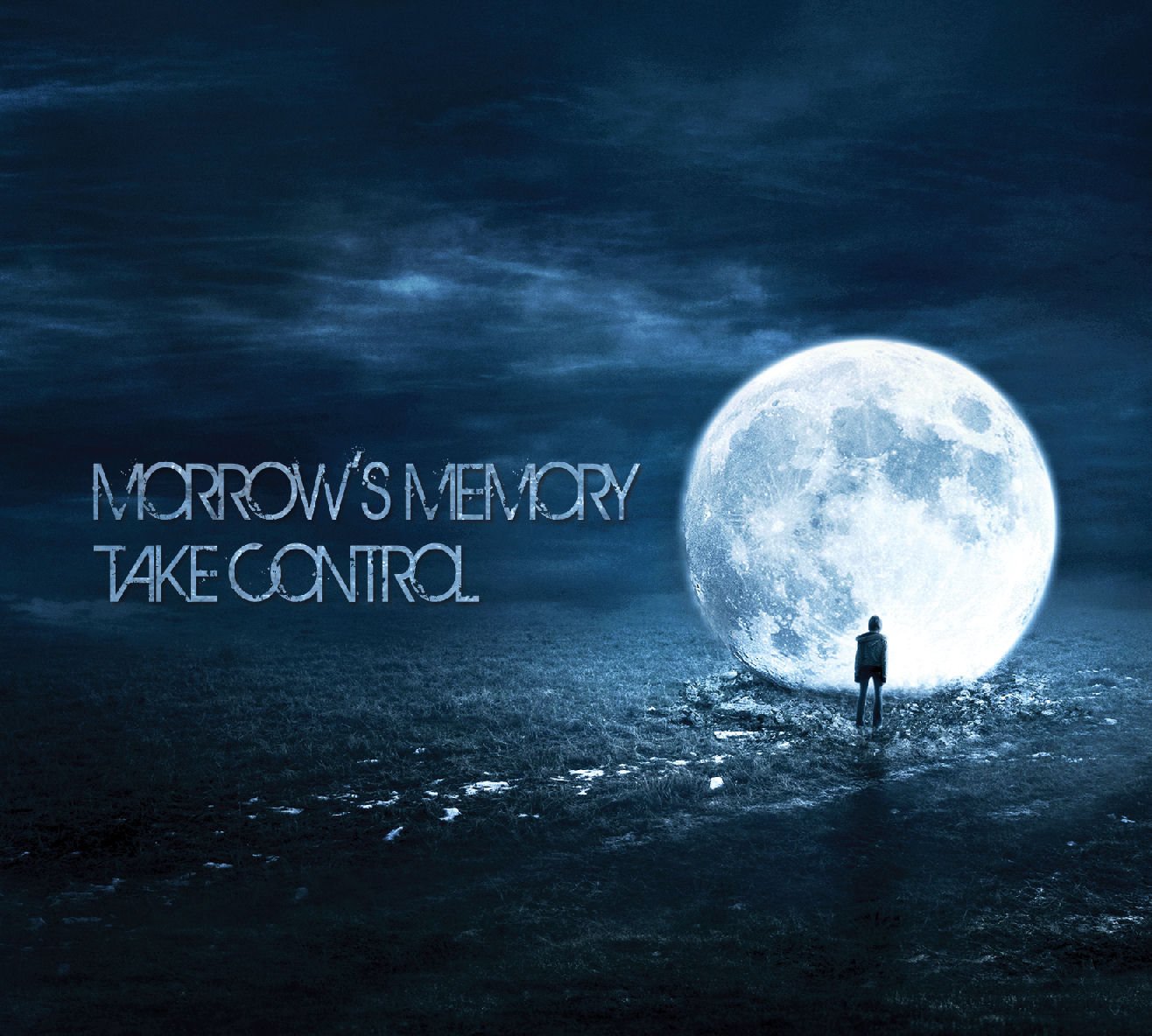 Morrow’s Memory…you can just go right ahead and sign me the fuck right up.  To whatever really…fan-club, e-mails, x-mas cards…doesn’t really matter to me as long as we stay connected with each other.  I’m PSYCHED, PUMPED…STOKED…AMPED…a whole LOT of ED words when it comes to the scorching hot rock-tunes from Morrow’s Memory – this is the way ROCK is supposed to sound!

Without a doubt, they’ve done it all right here on Take Control and really put the maximum effort into the material you’ll find on this EP.  It instantly snarls and bites you, determined to leave marks and scars with the blasting sounds of “Bloodlust” pumping harder and faster than a carotid artery.  The EP will go on to reveal many sides of Morrow’s Memory and multiple dimensions to their raging-rock sound but they certainly chose to start Take Control out in the midst of life-or-death panic and amped-up aggression on “Bloodlust.”  Don’t let the subtle intro fool you – this huge-mother of an opening gets its gigantic chords, distortion and screams flowing quickly; whether or not the writing or music is in your style – you’ve gotta respect a committed performance like this that you can HEAR right off the drop on a record’s first song.  The vocals truly stand-out with tremendous power and solid, confident, spot-on tones that fuel the fire of this track…and Morrow’s Memory displays insightful writing in their transitions from moment to moment.  The energy and atmosphere of “Bloodlust” grip you by the throat – this is the kind of explosive beginning to a record that seriously establishes an impact…I think the writing is good but it’s truly the performance that makes the song great.

The bass-rumble and drum-beats that begin “Ones And Zeroes” really shine a spotlight on the rhythm section of Morrow’s Memory and just how much strength it has.  Slamming into the beginning, the rage through an instrumental section before letting it all fall away to a haunting guitar/vocal combination for a brief moment…and then you get the real flavor of “Ones And Zeroes” added by the incredible performances on bass & drums.  The first transition to the chorus felt a little bit on the jagged side, but once we made it in there I was happy with what I found.  The vocals in Morrow’s Memory have enough power in them to blow the socks right off your feet – and in the chorus, dude just SLAYS it.  With a building sound that has him scaling the walls of his register and sending out soaring, seething notes into the shadows & beyond – the intense demands of the writing of “Ones And Zeroes” really presents a challenge to rise to…and this band pulls this mountain-sized ambition off with enormous punch to the music, complexity in the writing and fantastically confident & committed performances.  Those drums!  I mean…don’t get me wrong…it’s honestly a tough thing to outshine the vocals of Morrow’s Memory and especially on “Ones And Zeroes” – but if anything is giving them a supreme run for their money it’s the immaculate intensity & precision of the drums from the throne back there.

Energy-wise, things begin to shift to a post-grunge sound with the more accessible sound and evolution of “For You.”  There’s a fantastic groove to the grind of this track…and when they hit the switch in “For You” they put an entire lung’s worth of fury into the mic.  It’s definitely got some elements of the grunge-era stamped throughout the verse and they take it into the here & now with something that sounds like the Foo Fighters at their most electrifying from the middle forward.  Really, the song reaches out firmly with its grasp about ¼ of the way in and never lets go; the vocals yell to snap your attention straight into place and through wicked instrumentation, guitar solos and flawless transitions, “For You” becomes a true epic that contains severe character arc to its growth.  Ever reliable – the vocals absolutely crush it in the chorus and sound fantastic in the breakdown…Morrow’s Memory has zero worries when it comes to the sheer amount of talent in their band – every member has brought their very best to this impressive record and it’s something tangible you can truly hear.

Lighters-up though people…you didn’t think they’d tough it out throughout the five-songs and not offer you a ballad of some sorts right?  Children don’t just magically get born without a rad soundtrack you know…so here comes the baby-maker with “Sapphire.”  I’ll say this…the band sounds a little less sure of themselves here before the bombastic nature of the wild middle of this song…they go on to finish strongly, but at the very beginning it sounds a little more cautious.  Vocally, still hits the mark…but it’s closer than ever before to that fine line of not quite making the tone they’re looking for.  In the end, they get there…amongst shimmering guitar-lines and chords and a crisp beat, “Sapphire” is still a satisfying listen and shows another dimension of the band’s sound & writing style.  Lyrically, I felt like this was one of the strongest tracks on the EP…great imagery & emotion to the words here.

More wicked crispy-crunch to the guitars on the final grind, “Find My Own Way” where the band really lets the energy come ripping out once again after the reprieve of “Sapphire.”  Completely solid ending…”Find My Own Way” has huge hooks, wicked guitars and some seriously impressive drums.  The final switch in the vocals and rhythm of the song is the exact stuff that fantastic moments in time are made of, truly.  “Find My Own Way” hits a completely new-stride towards the middle…resulting in something that sounds as bold as a switch from Finger Eleven to Blind Melon would be in the ideas, structure and style.  Their final track heads back to solid rock territory by the ending as the vocals continue to amp-up the energy right at the end, all before it crashes beautifully into one-guitar playing at the end to get one final amazing contrast in sound in on the last moments of the record.  “Find My Own Way” I suppose would be a little bit closer to “For You” in terms of the ‘rock’ factor…it’s got much more distinct alternative overtones here…much of this record did…and did it RIGHT.  I’m a huge fan of the energy that’s on this EP…Take Control could easily be a reference of the fact that this band is clearly ready to make their mark in rock-music history and Take Control of their own destiny.  I don’t know that for any kind of fact whatsoever…but it sure sounds like it makes sense to me!

Find out more about Morrow’s Memory at the official homepage:  http://morrowsmemory.com