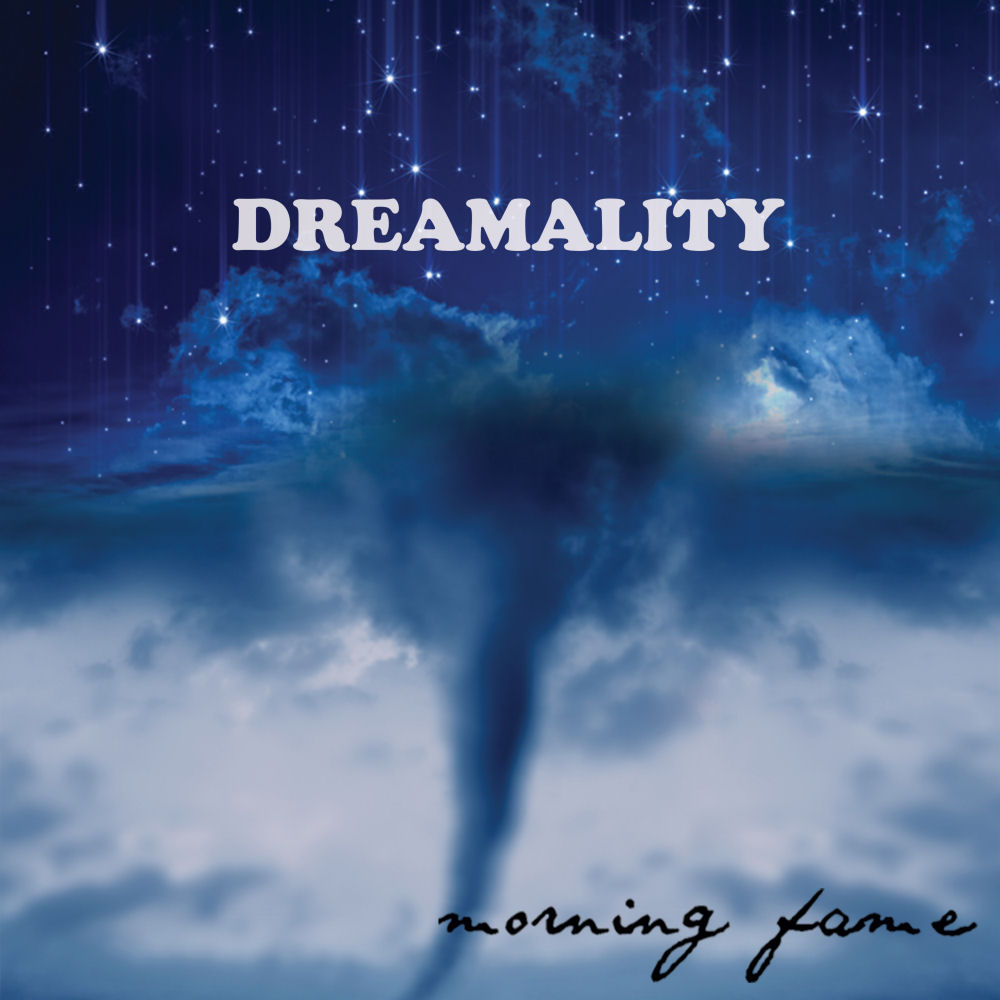 With a misty & whispering opening, the new single from Canada’s own East-coast pop/rock sensation starts out subdued as it takes you through the fog. There’s a hint of epic-ness, just around the corner…it’s something you can FEEL; those opening moments provide a real chill of premonition. Morning Fame for the large part of their long-standing career have leaned towards to pop side of their pop/rock genre, always with an intense focus on melody and the beautiful side of songwriting. That’s not to say that they didn’t ‘rock’ before – they certainly did!

But one might ask themselves after listening to the new single from Morning Fame, entitled “Dreamality,” if the band has ever been THIS comfortable letting the rock-side of them loose before. This new single is tight & exciting with intense guitars fueling the music behind vocalist Vik Kapur’s melodic tones. There’s no intention of leaving behind the true melody they find within each of their songs; that’s one of the most magical elements of this highly-skilled band and certainly one of the main reasons for their success and why their fan-base continues to grow rapidly to this day.

So to hear this new track carry on the best elements of Morning Fame into a more aggressive territory…was honestly somewhat surprising knowing much of their back catalog, but also completely awesome. Take for instance, nearly mid-to-late in the track, they bust into this whole…Pink Floyd-meets-I Mother Earth-solo & instrumental jam that they find the courage to rock on for nearly a whole minute. Don’t laugh – there’s not that many bands that are out there with the cahones to put a minute’s worth of solos into the pop/rock genre; but thankfully Morning Fame has got the meaty-musical-clackers (The League anyone? C’mon….) to not only go after it, but get it RIGHT.

There’s no dead-space. Once this track begins, it instantly explodes; the result is one hell of a pop/rock fireball in “Dreamality.” Drummer Alan Dennis and his partner in rhythm, bass player Rob Giberti never let the energy of this track drop for even a moment as they drift in and out of the main-hooks in a musical dream-sequence that works perfectly to drive the intensity of the song and really give guitar player Joe Liranzo the room to really get right out there to the very edge of the fringe in his solos.

To me, having been a long fan of the Morning Fame ability to really connect through song and resonate in their melodies – “Dreamality,” is yet another complete step in the overall evolution of their sound, if not two full leaps & bounds. Each time I hear this band from Toronto, Ontario, they just continue to sound more and more comfortable in their own skin as Morning Fame. This killer piece of riff-pop/rock might just be that indication that all gloves are off and that there’s nothing whatsoever holding them back from seizing their moment in music history any longer; Morning Fame sound more hungry and ready to attack than ever before with this beautifully-aggressive and wildly creative, explosive new tune.