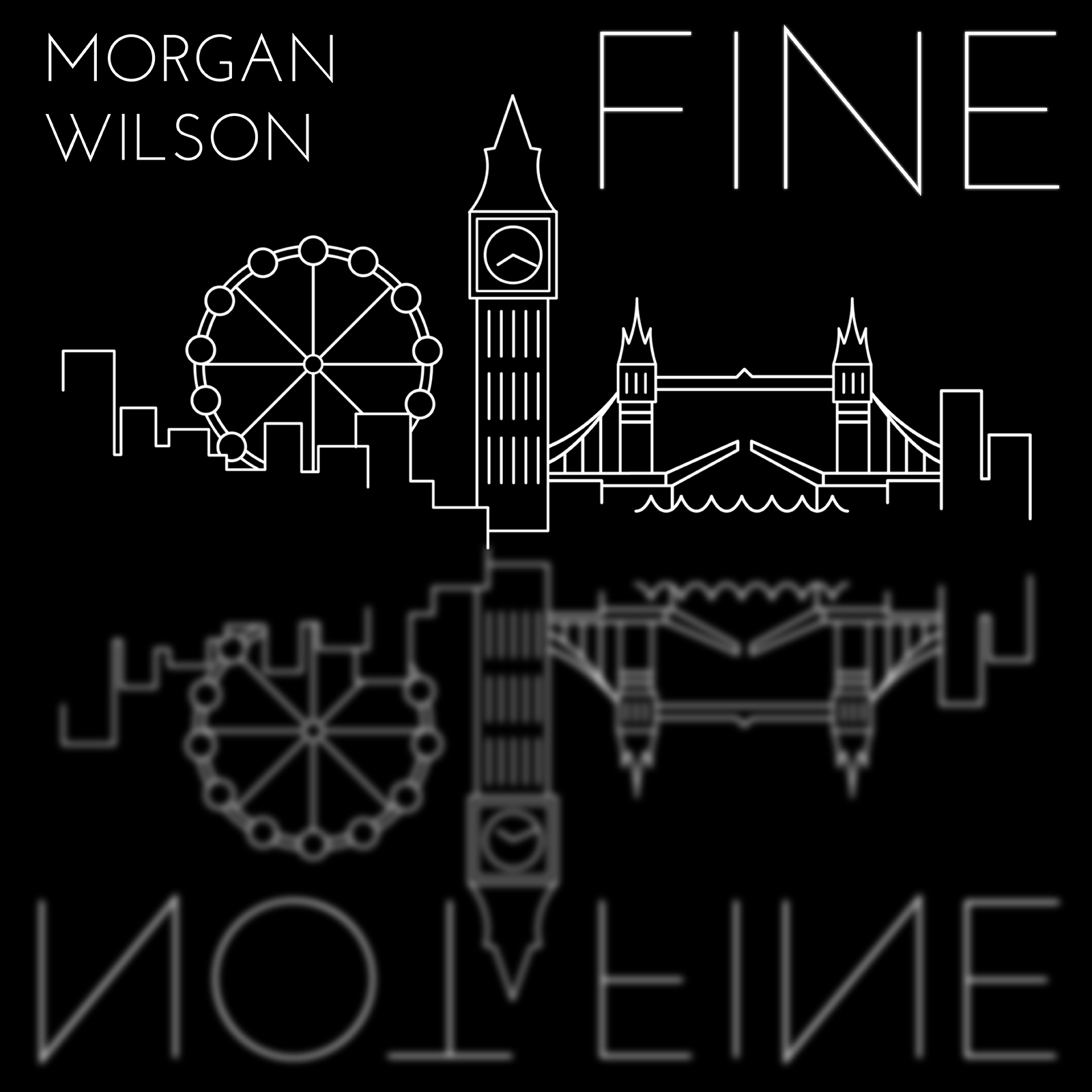 I think our new lady-friend Morgan Wilson is on to something potentially really special here.  I really dig the amount of pure-emotion she puts into the fragile & angelic qualities of her tone & sound throughout this single “Fine.”  Something about the real sincerity of her approach and the gentle yet professional way she conquers this beautiful melancholy ballad.

Songwriting-wise it actually reminds me a ton of K’s Choice and Sarah Bettens in general…I love the sound of the kind of singer both Wilson and Bettens are, where it sounds like they walk on an emotional tightrope throughout their entire performance and keep you enchanted and captivated with the way they stunningly cross it with prevailing confidence.  “Fine” wrestles with the internal struggle of emotions and the push/pull of being “Fine” on the surface and not-“Fine” underneath it all, which I think is an entirely relatable concept that many of us feel.

The resulting performance and music echo the sentiment in the lyrics and concept of the song itself…set against the most gentle percussion and acoustic guitar…the music itself, does eventually take on more to it with strings in the chorus – but the star remains the star of this song, and Morgan takes much of this song upon her shoulders.  Even once the beat solidifies around the two-minute mark, she continues to be the focus with her words full of creative imagery that bravely sound like words pulled right out of a journal.  Another trait I’d say she certainly has in common with Bettens…the way both of these songwriters use fantastically unique but REAL descriptions in their lyrics to really capture what we feel inside…that’s a true gift and I think Wilson should be extremely proud to be able to express herself in words, tone and emotion as well as she does.

The gentle sway of “Fine” never rocks the boat too hard…any further additions to the music itself are subtle but add to the swell of the entirely beautiful environment as a whole.  The song has a slight country-music pulse to it, but never really leaves its folk-indie roots…and if anything, I’ve always felt there’s much more of an opening for music to exist there right now in today’s music.  1000 artists a day out there trying to become the next country-music sensation in a genre that’s tough to standout in…but the folk-indie scene is a continually warm and welcoming one that would love to have another strong voice and emotional-interpreter like Morgan Wilson…just sayin’!

Anyhow…you get the picture…she’s got a great voice!  Her timing is on, the performance sounds intimate, isolated and truly honest…a real bleed of emotions through words and vocals.  I think she’s got a good chance of standing-out amongst the crowd…the approach & instincts she has are stocked full of sincerity and natural-talent…her tone is solid and never breaks…and I think there’s still a hint of more in Morgan’s music to come.  Or…what I’m saying is that you can hear that she’s probably got a great range to the power in her vocals, which you can hear from the peak in the dynamics of “Fine” but she never fully lets them loose on this single, because that’s not what it required.  Rather than ‘go big’ with an overblown performance that would completely trample upon any honesty or sincerity in the sentiment of the song, Morgan keeps this idea firmly intact with a controlled and subtle display of emotion that says much more than any ‘big note’ would be able to impact us with.  So kudos to that…because I can see that many artists would have been tempted to take the end of “Fine” in that direction, to stretch and show-off their skills…but again, that’s not something that this song needs, wants or requires.  What it did need, Morgan entirely gave to it…and that was a real connection from the words to the music and from the song to the listener through a genuine performance that sparkles with heavy-emotion, relatable feelings and a stunning atmosphere in the music.  A real time-stopper…”Fine” is a fantastic example of the kind of music that really creates a moment in time powerful enough to define the timeless moments and memories in our life that we never forget.

Find out more about Morgan Wilson from her official homepage at:  http://www.morganwilsonmusic.com