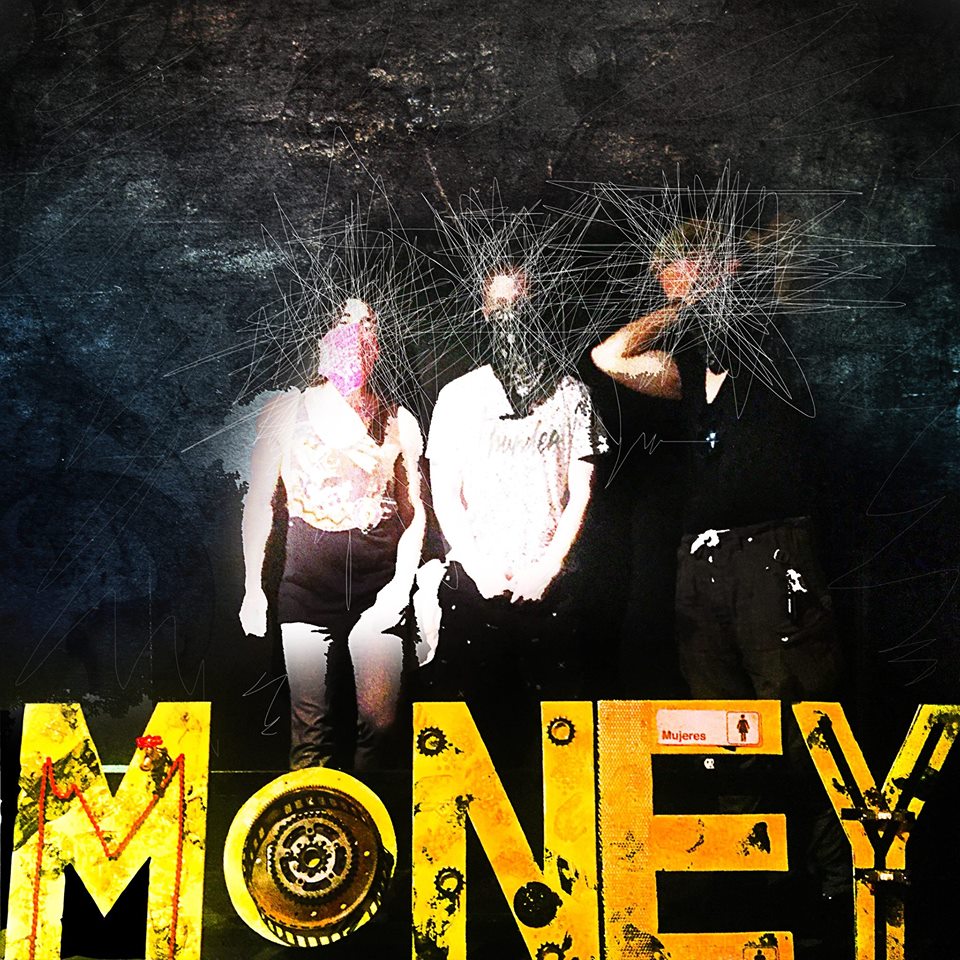 This is kind of one of the strangest reviews I’ve ever written in a weird way. The new single “Millennials”is a pretty damn clever song from concept to recording to the video they’ve put together for it…so clever in fact that I almost entirely missed what they were doing the first time around in watching it…sadly proving many of their theories correct from the lyrics in the song.

If you managed to get past the endless amount of Kim Kardashian in the video…you maybe…maybe also noticed the tiny little box in the side-corner of the screen that was depicting the ACTUAL news as well…but if you’re anything like me, you also might not have. Reason being…signs…banners…ads…they don’t work…they’re ineffective bright-lights; and herein lies the point that MØN£¥ makes in regards to celebrity-status and soaking up the attention to all the wrong places. In the video…the news is relegated to that spot on your screen where ads, credits and other things generally take place in quite often…and I honestly almost assumed it WAS a YouTube ad being placed inside the video-screen. Were I not listening to the lyrics intently – I might have missed that brilliant point they’re making with that. Thankfully…I didn’t jump in headfirst and rip them a new-one for making another-anything to do with Kim K…because largely I feel exactly what they describe in their song.

All this being said…damn the editing on this video RULES. Loved it! Repetition can be a tough thing to pull off successfully…can’t say I’m seeing anything other than a job really well done here as far as all that’s concerned with the video – it’s captivating the way it’s been put together, assembled and edited; this thang moves! And that’s always key to keeping our interest and also to gaining those repeat-views; maybe you didn’t see it all the first time around while things were moving so quickly – that’s called ‘reason to return’ where I come from. They’ve done a smart job of pulling in the “Millennials” to watch the video with the use of Kim K, otherwise I’d say they’re a potentially at a slight disadvantage when communicating to those celebrity-stalking, media-watching, internet-meddlin’ youth-types as a lot of the song itself comes with a bit of the attitude that plays-out like parental-advice through its tone. The song itself isn’t entirely dated in its sound…but you can tell right away that this generally wouldn’t be on the “Millennials” playlist as there’s not nearly enough (or any) electro in this song to keep their E-high going strong. So in looking at it in that sense…smart decision to pair this up with the uber-clever video and pulling everyone in from basically all-sides with wide crossover appeal achieved between the balance of mediums for “Millennials.”

Musically, I can dig it. “Millennials” kind of has this mixture and blend of some recognizable tones & atmospheres from bands like U2, Dire Straits, The Police…maybe even a bit of Van Halen thrown in there. So again…you can see where I’m coming from…the people that will more than likely going to dig the song are also the very same people that will agree 100% with the points their making in the statements between the lyrics & the video. “Millennials” will more than likely miss this one…but then…if you’re paying attention still and haven’t gotten lost in this review yet…you’ll know already that they’re missing quite a bit more than just this video potentially as it already stands for them in LIFE.

Yeah…I dunno…gotta say…it’s a good song…really well sung and perfectly played & recorded…it’s BIG in the chorus right where it needs to be…and I think it would be strong enough on its own…but I gotta say, a little video-ingenuity can really go a long, long way to making a name for a band these days and they’ve put in a quality-idea here on “Millennials” and executed extremely well.