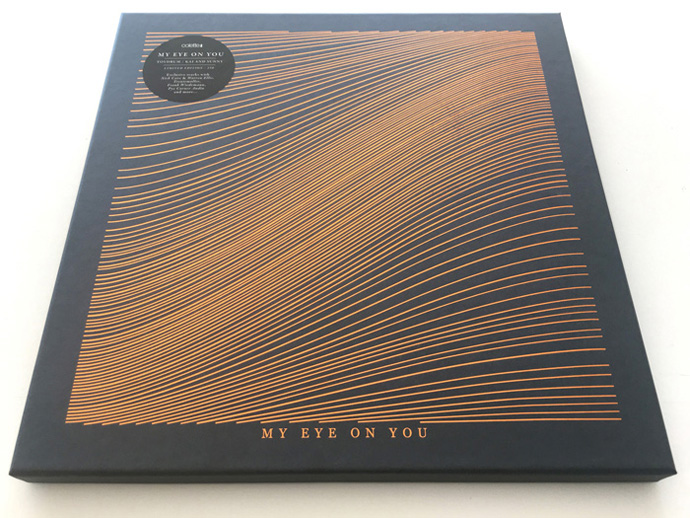 Beautiful job done on the remix of the late Gavin Clark’s song with Toydrum called “I’ve Got A Future” done by Mojib on a new compilation called My Eye On You (To Reinvision).  Not only does it pay a massive amount of respect to the original and still take the song in a gorgeous & haunting new direction – the very fact that Mojib has taken-on a Gavin Clark song proves that his music & voice are still very much alive and still have a presence & a place in our world today.

For those that aren’t familiar with the history, Clark passed on tragically in 2015 due to what’s been generally speculated as complications from alcoholism.  The music community at large was shocked by the impact of losing such a bright star.  Still under 50 and his career still growing, I first learned about him by listening to collaborations he’d done with U.N.K.L.E. back in the day and had always heard the insightful wisdom and years of experience in his well-seasoned voice.  So full of character and bold emotion; it was amazing to hear what Mojib was able to do with “I’ve Got A Future” on the ‘Mojib’s Two Litanies Remix’ because somehow…I felt like we really got to hear Clark’s words in a whole new perspective in hindsight of the tragedy and the yearning confusion of a pure & true artist.  ‘Mojib’s Two Litanies Remix’ brings out the real beauty & paradox that exists within the writing of this song in ways you’ve never heard it before – I highly recommend pushing play on this one, it’s entirely captivating.

It’s also notably different from the original…Mojib retains the essence of the vocals throughout but strips the music back even further, replacing much with stunning piano and string sounds that add beautiful atmosphere into the mix, but also a haunting contrast that lingers in the mood.  You can still hear the hope in Clark’s voice here…perhaps more boldly than ever before…hearing him sing “I’ve Got A Future” becomes an all-out journey of emotions on Mojib’s heartfelt & tender remix treatment.  I feel like the approach and plan was to simplify here; that’s not to say there’s not an impressive level of skill involved by what Mojib brings to the music – I like what’s been done very, very much; it’s more of a comment on the intelligent way that Mojib has kept Clark’s words in the spotlight and cleverly filled in the atmosphere surrounding them.

To me…that’s where the magic resided in this remix.  You can hear the amount of respect and care that Mojib has put into the ‘Two Litanies Remix’ and how much admiration is felt for Clark’s contribution to music’s history.  Remixes like this prove that voice is still very much alive, strong…and remembered fondly.  I loved the tender atmosphere of the beginning of the tune and the haunting notes & mix that the song begins with…and as the remix evolves, Mojib adds in stunning elements of atmospheric beauty that capture the essence of the words & mood with astounding insight.  The acoustic guitars are perfection along with the piano and strings…with the dreamy words of Clark alongside the song’s new life, atmosphere and melody – Mojib has truly created real art you can hear come alive from the ashes of tragedy.   As it evolves…you can hear the music start to swell around the three-minute mark as it audibly takes an uplifting turn towards the hopeful part of Clark’s words…where the potential & beauty of his future still exists and thrives…or at the very least, that’s what I felt like Mojib was trying to express in the end of the ‘Two Litanies Remix’ when I was listening to it.

But without a doubt, no matter how you hear it, it’s impressive what Mojib has done with “I’ve Got A Future” on the ‘Two Litanies Remix’ – the work has certainly been put in and the results are as stunning as you could hope to hear.  I think it really speaks a lot to Mojib’s knowledge of the genre and certainly of Clark’s music/words – and I think that this remix shows that depth of understanding perfectly.