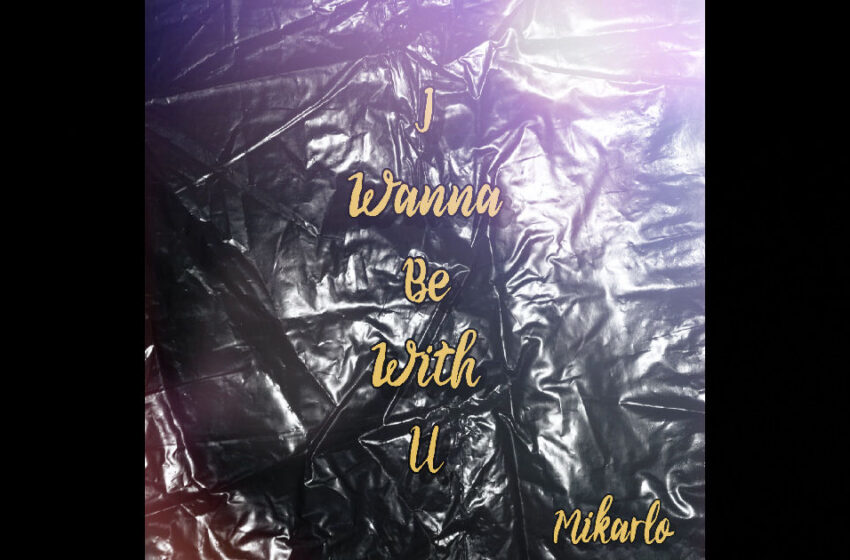 Mikarlo – “I Wanna Be With U” – Single Review

I’m sure at least half of the people reading our pages would love it if I just started talking about the music right off the bat every once in a while, right?  I’ll get to the chorus soon enough y’all, I promise…but this ain’t gonna be that day…

I mean, I get it…not everyone out there digs into the backstory & all…some folks just wanna listen and never think twice about where the music comes from, how it gets made…or what someone has been through in order to make it.  I was practically born with the liner notes of the next album coming out; for me, music has always been just as much about the artists & bands that create it as it has been the songs.

In reading about Mikarlo and the journey he’s been on to get here today, you’ve gotta be impressed by the story here in this dude and his remarkably resilient spirit.  Sure, the sound of a vibe on “I Wanna Be With You” and the way he sings it will immediately confirm he’s here, present, and in the moment – but if you were to read his whole story, of which I probably even known only about 1/100th of myself, you’d realize that we’re actually pretty damn lucky to even have the guy when it comes right down to it.  Like myself & so many of you other fantastically creative people out there, Mikarlo struggled with what was essentially a crippling depression as he grew up, up to & including suicidal thoughts that nearly took this guy out before he even had a chance to shine like he does now.  It’s the kind of thing that, when you listen to his music, you kind of almost think to yourself instantly…”Really?  With THAT amount of talent?  Mikarlo somehow felt like he couldn’t fit in or find a place in this world?”  And then, that other more informed voice hopefully kicks in…the one that reminds you depression can affect even those you might assume have everything goin’ on…no one really escapes its icy cold grip if it wants to make a claim on ya.  Just because Mikarlo sounds like a superstar doesn’t mean he’s not still human at his core, you feel me?

And so he battled.  And from what I can tell, he’s winning the war.

From what you can see & hear at Spotify, he took his first official steps towards the spotlight in 2018 with the single “Blue” – and the following year he’d release two more with “Paradise” & “Nothing Like You.”  Solid tracks from the get-go, Mikarlo has always shown a stunning level of talent from the moment he started dropping tracks online.  He went on to conquer 2020 in a breakthrough year that saw the artist really come into his own like never before, and fully embrace the craft & his capabilities with wide open arms – he’d not only put out two records with the seven-song set of In My Mind leading directly to his debut full-length Crowded – but his connection between himself, his music, and YOU, reached an all-time high.  The trepidation that comes with starting out a career, not that you could ever really hear it in Mikarlo’s music to begin with, fell away…and you can see in personal social-media posts he made like on April 6th, 2020…I mean…this dude just became more daring, honest, humble, and real with the audience listening in so many ways throughout the past year…the growth here is astounding.  He’s still writing his signature style of heartbreaking songs, but make no mistake, Mikarlo is actually stronger than ever right now – and for what it’s worth y’all, everything I’ve heard certainly confirms the guy has a valid place in making music, a true home in this community, and a sound you’re gonna love.  All I’m sayin’ is I’m might glad he stuck it out through the hard times…because the best are yet to come.

Listening to his latest single “I Wanna Be With U” reveals how relevant his music is right now out there in relation to the scene with acts like The Weeknd scoring so much attention…Mikarlo is stylistically slick like that with his hybrid combination of R&B/Soul/Pop, but also communicates in a powerfully sincere way that transcends past the glossy sound to deliver real substance.  Essentially what I’m saying is, he feels the music in a way that most don’t, and you can hear that in the way he sings.  Mikarlo is at his most free when that studio light comes on & it’s time to make music…truthfully, I really think it’s something you can hear that gives his songs an undeniably uplifting quality that stays entirely audible underneath its many mixed emotions on the surface.  You could easily slip “I Wanna Be With U” onto your friend’s playlist right now and they’d be 100% convinced they’re listening to a mainstream star – that’s the level of professionalism and precision that Mikarlo’s working with here – most ears would be shocked to find this level of passion, quality & control on display can be found in the independent scene.  Yet here we are, and here he is, thankfully – Mikarlo’s completely ready to level-up as an artist for sure.

His lyricism is focused on “I Wanna Be With U” – ultimately, Mikarlo’s got quite a love-song on his hands that’s full of memorable hooks and single-worthy sound.  Catchy beat & all that…clever use of the dynamics in between the verse & chorus in how he’ll dial back the energy and let it expand just like you wanna hear as he surges into the main hooks…”I Wanna Be With U” builds continuously on strengths that are revealed from the music to the microphone.  Dude’s got authenticity in his voice & real desire to do what he’s doing right now – in fact, if you’re listening closely, you’d likely find his lyrics to reflect his thoughts & feelings towards making music, what it means to him, and his connection to you listening, as you would about this song being more specifically for that special someone out there.  All-in-all, I felt like Mikarlo’s got a genuinely addictive vibe goin’ on with “I Wanna Be With U” that speaks strongly on behalf of the journey he’s been through already to get to be where he is today.  If there was a point where he wasn’t sure, or didn’t believe he had the talent to make something of this whole music thang, I suppose that’s where people like myself – and you – come in to confirm the opposite.  Mikarlo’s got all the right skills to succeed, real heart & sincerity in the way he writes & performs…and with the silky smooth & mesmerizing results like you hear in his new single, it’s clear his future is filled with wild potential and possibility.  He’s got every right & reason to believe in a lifelong career doing what he loves…in my opinion, Mikarlo was born to make music – if you’re truly listening to how stellar, soulful, entertaining & endearing a track like “I Wanna Be With U” comes out, you can’t be convinced otherwise.

Listen to more music by Mikarlo at his page at Spotify here:  https://open.spotify.com/artist/1Qi4umLElI222c9t7eGFaR

Tags: I Wanna Be With You Mikarlo Singles sleepingbagstudios