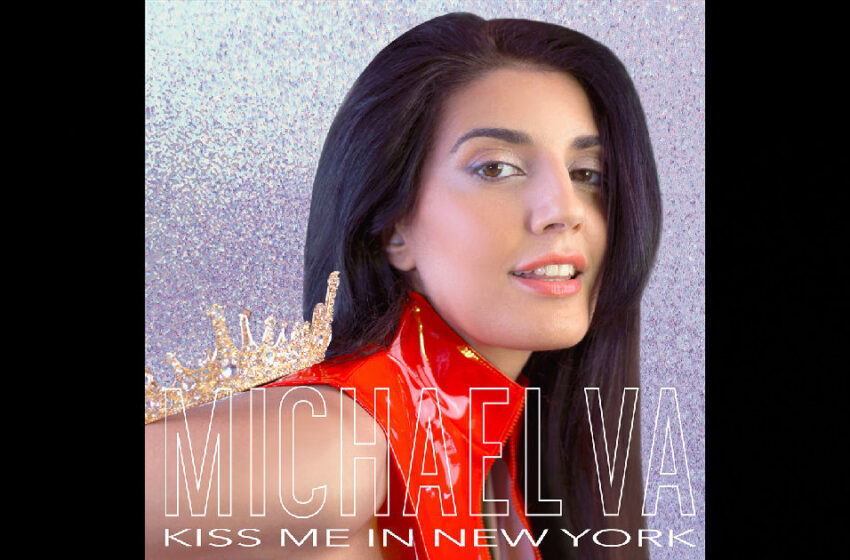 I’m starting to think that Michael Va might be one of the more interesting Pop-stars of the future to come.  Hopefully at least a few of you out there remember her from appearing here on our pages in the summer of last year with her debut single “Say You Love The World,” which I personally reviewed, in addition to posted up even more of my thoughts later on down the road when the official video came out.  All highly favorable stuff when it comes right down to it too…I didn’t have a whole lot of criticism for Michael based on everything I’d heard – and to be truthful, I felt like she’d really beaten the odds in that regard.  I’m not really known to be the world’s biggest Pop music fan to begin with – and while it took a couple spins to fully convince me she was onto something significant, eventually I came around and had to agree with what so many of you all over the world have concluded already – Michael has got something special goin’ on with her music that hits differently in all the right ways.  All-in-all, she’s got the kind of larger-than-life style of sound that’s extremely rare to discover on the inside of this indie scene we share.  While pretty much everything I went through last summer, I went through again here in this summer as I assessed this new single “Kiss Me In New York” – Va’s ability to get us onboard as listeners, collectively, is actually freakishly uncanny…there really is something irresistible about her.

To me, it’s a combination of two or three really key factors in the music she’s making.  First & foremost, there’s no doubt that Michael’s a tremendously capable singer with plenty of stylistic dynamics in her vocals that are bound to catch your attention.  From the spot-on sensational tone in her voice, to the highest points of her melody on “Kiss Me In New York” – let’s be real here…this lady is crushin’ it without question and proves to be as insightful in the way she sings, as she is innovative in doin’ it.  So there’s that…that’s a strong plus when you’re making Pop music, clearly.  Secondly, the authentic mix of confidence & fearlessness she has is audibly intoxicating…it’s like…it’s like every time you hear Michael sing, you can tell she went into the studio booth to record “Kiss Me In New York” completely rehearsed and fully ready to roll.  An undeniable professional that was obviously born for the spotlight, Va takes that talent of hers into the studio, ready to use it all to the maximum of her potential – and when you consider her drive, focus, and dedication to her craft, you can hear how the results echo the strength of her desire & commitment when it comes to the art of making music.  Another strong positive, ain’t it?

Well…just hang on a minute there folks…I’m not done with my list yet – and I promised you a third reason as to why I think Michael Va’s music has the ability to stand out amongst an endless crowd of artists that would love to be Pop stars in our scene today.  From what I hear, it’s really an understanding of what makes a hook work – and being unafraid to do things differently.  When I heard the hook in “Kiss Me In New York” where Michael sings “all you got to decide is how bad you want it” for the first time, honestly, I was like…’hmmm…I’m not entirely sure that’s gonna work for me.’  But this ain’t my first rodeo folks – I’ve been listening to music long enough in this lifetime that I know sometimes a second or third spin through a song is much more revealing than a first impression could ever be.  And so there I was…fairly convinced that I’d feel the same as I listened again…and the next thing I know, I’m listening again…and again…and again – because not only did I change my mind quickly, I ended up straight-up loving the way she phrases that line, how complex it would be to sing it, and how confidently she conquered one of this song’s most challenging moments.  Plus, you get the sparkle & shine of her higher register surrounding that hook as well, which would sound undeniably fantastic to anyone listening without an ounce of resistance or hesitation…her highest parts of the vocal melody on “Kiss Me In New York” are pretty much the textbook definition of what universal sound is really like to listen to.  All this, and you still gotta love what you hear in the music as well!  Not too shabby for the price of your time as the admission here folks…that bass-driven rhythm…the crisp snap of the beat…the smart backing vocals & attention to detail found in the background as well…Michael’s gone all-in with “Kiss Me In New York” and reveals exactly how capable she is of dominating the charts, your playlists, and the future of Pop music.

Find out more about Michael Va from her official website at:  https://michaelva.com