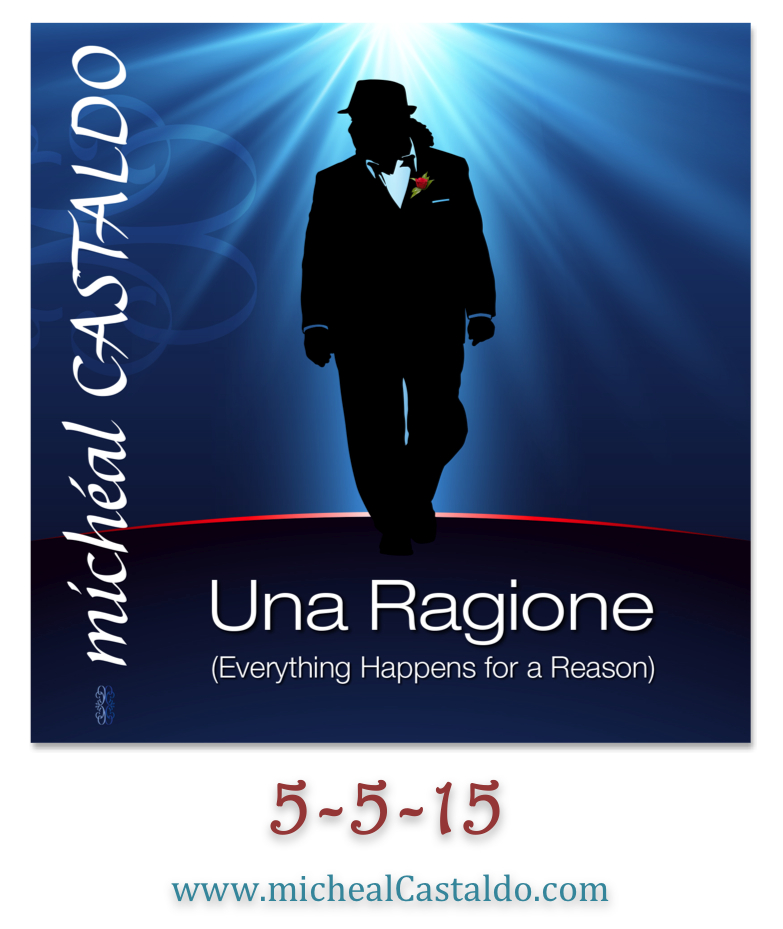 Michael Castaldo – “Everything Happens For A Reason” – Single Review

Anyone remember Starship? Come on…you do so and you rockers out there secretly loved pumping your fists to the big-beat anthems of love and empowerment they created. Something very similar happening here decades later here in our present-day with Michael Castaldo’s spiritual new song “Everything Happens For A Reason.”

Coming up for release officially in May of 2015, the song itself is written by two others, Mike Greenly and Paul Guzzone who, in translation of the resulting sound of the song, must have attended the Desmond Child school of song-writing. Dynamic and powerful in the strong pop-rock beat and music performances here, Castaldo delivers their vision in full and brings in the right amounts of energy, tone and emotion throughout the new single.

It’s a common question that at one time we all ask in life. Does everything happen for a reason? It’s been documented on these pages many times that I’ve not subscribed to any particular religion but oddly enough I do believe things are all connected together in our life. And I really do believe that at the very least, the questioning of it all is something we all share in common at some point. Castaldo puts in a dramatic performance that echoes the determination of seeking the answer to this question.

Even though the conclusion is still an assumed-one through the lyrics, when Castaldo sings “There must be a higher plan” he sings it with a conviction that sounds like the belief is unshakable. I suppose that’s what faith is though, correct? Even though grammatically the statement implies that the plan or existence of one is still an unknown, by the second time Castaldo sings the line through each time you can hear that he’s delivering the performance from a place of sound-mind and stability. He sings this line perfectly and gets the real meaning across and the radiant devotion of true faith.

If you’re Greenly & Guzzone, the official song-writers behind this tune, you’ve gotta be more than satisfied with Michael’s performance here on “Everything Happens For A Reason.” This singer proves here in this track that he can certainly step into someone else’s artistic vision and deliver an impressive performance with emotional impact that matches the tone & feel of the song in a highly memorable way. He brings life into both the verse and the chorus and really does a great job of filling up this anthem with a paired-energy that elevates this tune to the level I assume all parties were looking to raise it to.

It’s usually a lot easier to judge a track that was written by Someone-#1 and performed by Someone-#2 – but that’s not the case here on this new offering from Michael Castaldo. His performance is convincing enough to really believe he feels this song inside & out just as much as the writer’s themselves. Though it might not be the most current sound you’ll hear in 2015 by a spread, it echoes the sentiment of a vibrant & colourful time in music that was full of life and hope. Here on “Everything Happens For A Reason,” hope is traded in for the certainty and security that a plan is firmly in place; and that with a little faith and a positive outlook, things are going to work out just fine.

AND…just in case you need another reason to check out this cool project Castaldo’s involved with…in support of this song and upcoming digital EP release – “Everything Happens For A Reason” will actually be released in 25 languages and will also be an online viral-success story with over 30 lyric videos coming out to get this emotionally-powerful and thought-provoking new song the attention it deserves.

You can find out more from his official page at: http://www.michealcastaldo.com/

Tags: Everything Happens For A Reason Michael Castaldo Singles sleepingbagstudios