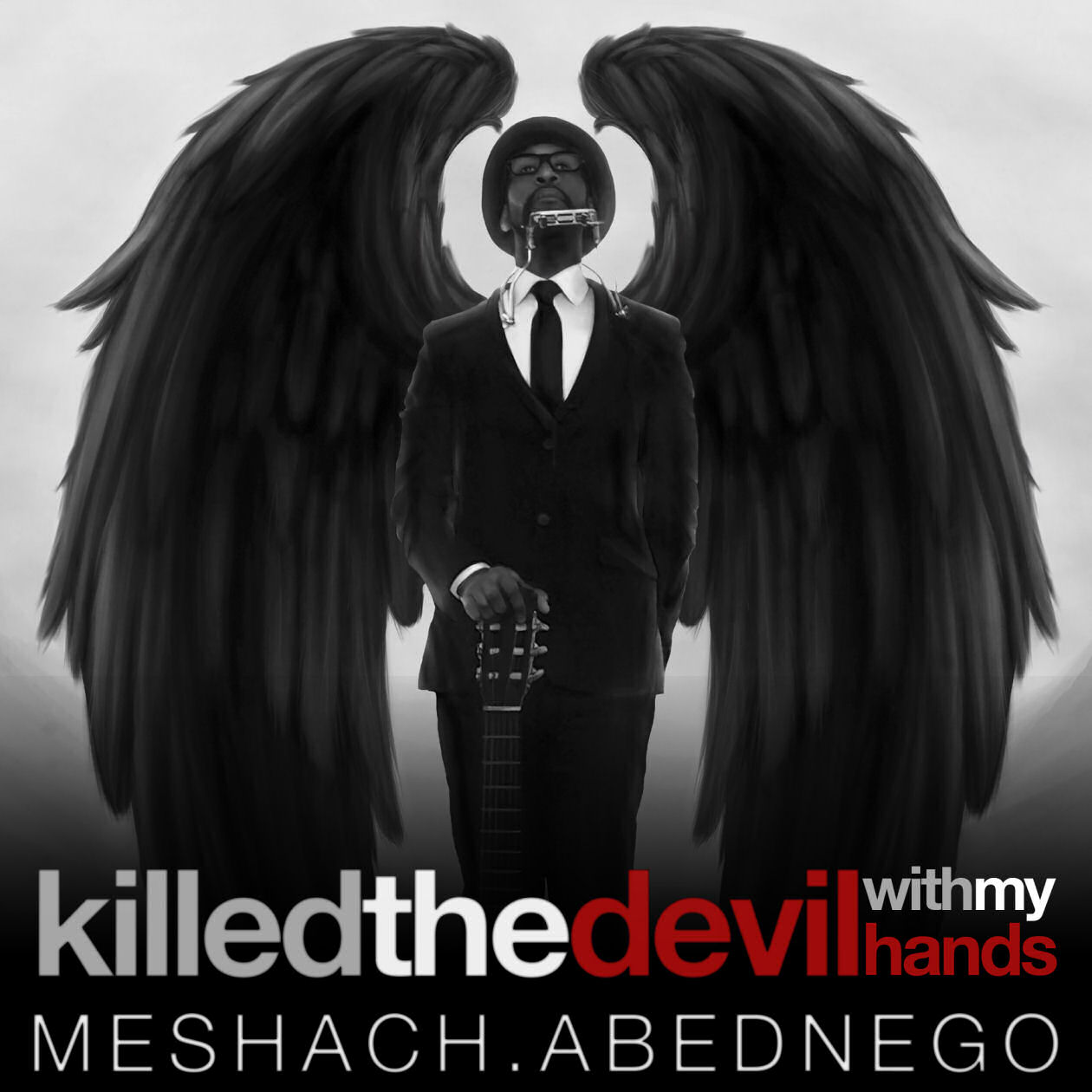 Meshach Abednego – “Killed The Devil With My Hands” – Single Review

Man…I am starting to wonder if anyone out there makes as much music as our friend Meshach Abednego seems to. He’s appeared on our pages several times throughout our reviews in the past, and here once again putting his poetry to music with a ferocious folk-tune created in “Killed The Devil With My Hands.” There’s definitely the unique-but-captivating aspect of Meshach’s music on display once again here in this new-single…but a real-thick atmosphere and haunting element to the music that really holds onto your bones throughout this song as well.

It ranges in its ideas & presentation of those ideas a great deal. At times it sounds isolated…desolate & desperate to communicate…at others enraged and aggressive like a Sam Kinison-rant…it’s all very…hmm…it’s all very…uhhh…

…it’s all very Meshach really. I don’t think there would ever be a possible scenario that could come my way that would throw me off of picking out his music from a line-up of any combination of songs. Unless he has an identical twin brother…with an identical voice of course…in which case I’ve STILL got a 50/50 chance…but you get what I mean – the qualities in his tone of voice, style of playing & recording are unmistakable. There would be no doubt in my mind that if you have loved his music before, that you would love this music he’s making now.

That being said…whether or not it shows any progression to the playing or song-writing itself…I’m not totally sure. Sometimes a break is necessary for things to come out sounding truly different from the rest of what we’ve already written, played or recorded to make that come out in our music. In “Killed The Devil With My Hands” I do however hear an evolution to the performance itself, with the music sounding a little tighter and focused, as do the vocals which certainly come alive (they nearly BITE you!) throughout the song. So there’s a couple ways you could look at it…and the most positive being that there are aspects of Meshach’s music-career that seem to evolve, change or grow each time around that we get exposed to his new material. Do I want a little more on my musical-plate in what I listen to in terms of instruments, sounds, beeps, clicks, or electro-stuff when I’m listening to music? Usually…but that’s not what Meshach’s music has been about…and there’s a time for music to simplify its energetic-tendencies to just calm down, and bring it back to the guitar & vocals like Meshach does.

Not that he’s entirely calm by any stretch of the word in his performance on “Killed The Devil With My Hands,” moments for sure, but overall there’s an expanding range of emotions that he puts into the microphone to relay his message and bring the words to life. Artists that go against the grain of what’s typical like Meshach tends to always fascinate me…the choices & instincts are so incredibly unlike the rest that you know people like this work on an entirely different artistic-level…and it’s a really amazing & endearing part of what we do here at sleepingbagstudios. Always very cool to listen to the truly unique that blaze their own trail in music – and Meshach is certainly one of those types of creative-artist. While that always runs the risk of shrinking the range of acceptance in our population…there are more than enough people that are looking for something different and starkly-authentic as what Meshach makes through his music for it to thrive & survive on many playlists out there.

Find out more at his Facebook page right here: https://www.facebook.com/meshach.nyc