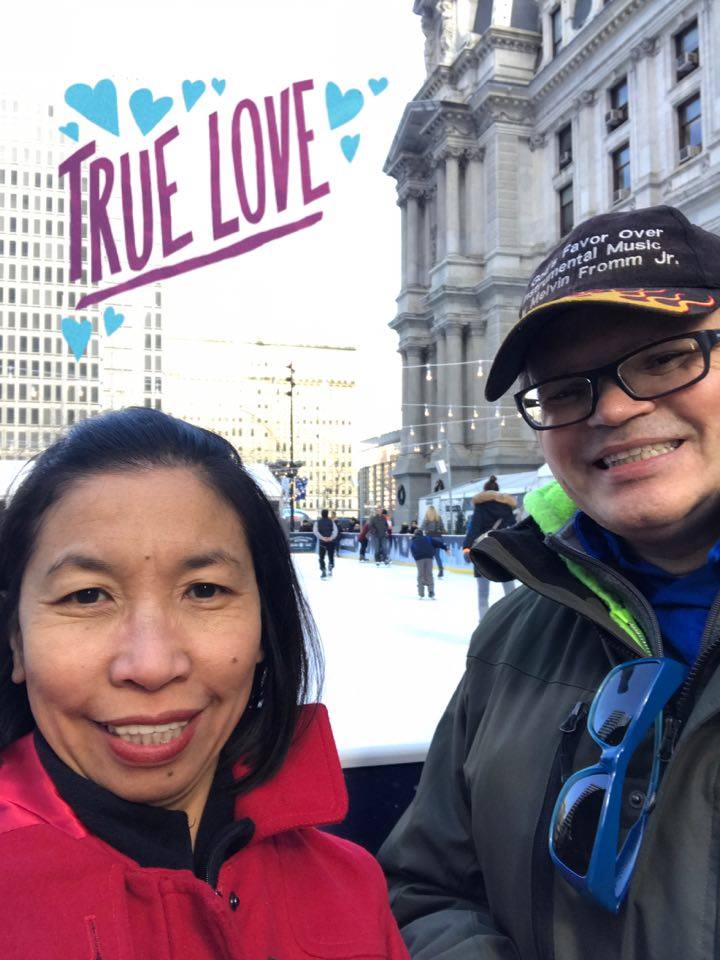 Is Melvin Fromm Jr. outworking the rest of you out there?  While it’s a certainty that he’s not about to create a five-minute long song or anything even beyond half that length…while you’re working on perfecting that next seven or eight-minute long opus, just keep in mind that Melvin has written three or four of his tunes in that same amount of time, if not more.  Quantity AND quality somehow!

And while I might still want to hear the versatility and creativity that would assuredly come along with Melvin allowing himself more creativity in the song-length department…I’m still quite happy to take what I can get!  Supposedly the 2.5 minute length is due to that being a more accepted length when it comes to being played on radio…but I’m hoping Melvin will catch on to the fact that he’s not looking for radio so much as he’d be looking for film/tv/soundtracks when it comes to these tunes.  Does that make the songs bad?  Certainly not!  It’s more of an implication of how very narrow the range of stations that would support these songs would be…and a last-ditch attempt to provide some clarity as to where he would want that focus to shift to.  Soundtrack/film/TV-people aren’t always going to just want a sample…if they’re looking for an artist to score a sixty-minute program or a two-hour epic…they’re also going to have scenes that require longer lengths and expanded ideas – and I think that’s truly not only something to consider, but a whole area of music we’ve yet to see Melvin display his talents.

Could he do it?  Absolutely.  When pitching yourself and your music out there, it’s important to be as varied & versatile as possible, but focused all the same.  Melvin’s music WILL benefit and spark more interest out there by mixing up song lengths and creating new ideas…and honestly…even he knows it would be incredibly beneficial to his work as an artist.  Where would he take the stunning sound and ideas of “Follow Your Nose To Dreams” with all its beautiful rhythm, melody and gorgeous violin-playing?  The benefit in what Melvin’s already doing is that he doesn’t rely on simple verse/chorus/verse structures…so in essence, even though they’re always short tunes, they do play like longer ideas.  The violin on this first new single I’m listening to is consistently brilliant – but I think it was the cleverness of the accenting guitar-notes that really brought out the added sweetness in this melody overall.  A great contrast of bright-tones from the guitar and the more melancholy, mystical beauty of the violin…he’s off to another great start in this new set of four songs once again.

I would also like to know if there is or isn’t a connection between the songs we’ve been receiving in sets of four at a time…because that would be another dimension that Melvin will want to consider as well as time goes on.  Songs like “Box Out Bad Roads To Dreams” highlight the fact that the sets have always had a tremendous amount of versatility…but again…suppose the film/tv suits-n-ties came calling and wanted an example of four-songs that all fit into say, a western theme or a dramatic-setting of some kind; it could be anything – my point is that Melvin will want to consider HOW the music is being presented and put-out as well…and if it truly speaks to all that he’s clearly capable of.  I loved “Box Out Bad Roads To Dreams” just as much as I loved “Follow Your Nose To Dreams” – but obviously of course for completely separate reasons…and do they fit together back-to-back?  I’m not as sure about that…  There is a ton to consider when putting your art out there for consumption…I toss as many tips as I can to Melvin because he’s the kind of artist that could potentially absorb much of what I’m saying and really take his music and career to the next-level – but that truly is going to be his choice.  It’s important to note these aren’t criticisms so much as potential insight as to where to take it all next.  With skills and abilities like he consistently puts on display, he could take his music anywhere…just reminding him there are many aspects to consider when putting the music out there.  Songs like “Box Out Bad Roads To Dreams” are played with such genuine character, personality and charm that they’re always going to stand out…believe me, there are some absolutely standout moments of musicianship on this tune that really echo the golden-age of music perfectly.  I think that’s an alto-sax that leads the way through this one?  I’m honestly not 100% sure, I think it is – but whatever we’re hearing has such amazing charm to its sound that you absolutely can’t help but fall in love with the inspiring way this song is played.

“Real Mixed Bag Of Love” for example, might have made a smoother transition in between “Follow Your Nose To Dreams” and “Box Out Bad Roads To Dreams” – it’s those kind of areas and particular details where I think Melvin can benefit from the most right now by putting some of the attention and focus on layouts, themes and the flow…even if it’s just a sample of singles heading out there for people to review.  Individually…Melvin’s music and writing always have fantastic stand-out elements and uniqueness to the sound of what we hear – “Real Mixed Bag Of Love” is certainly no exception, I probably had this gentle track playing for over an hour on its own before even realizing how much time had passed!  I zoned right out into the sliding guitars and beautifully textured-tones of this melody…absolutely everything we hear has a tremendously captivating sound to it that I got lost into this song several times over.  If I wasn’t always checking out so much music and listening to new stuff coming my way all the time…I could easily spend days on end just listening to a relaxing & curious song like this on repeat.  Always a great sign when you’re not looking to leave the sound you’ve found anytime soon, know what I mean?  Great vibe and atmosphere on “Real Mixed Bag Of Love.”

The final track “Sunday Night Meals Of Love” was pleasant and inviting…probably the song that made the least impact with me of the four here, but still a really good, well-played & enjoyable tune.  Melvin’s got a real way with adding what sounds like sparkling-audio-magic into many of the atmospheres he creates – “Sunday Night Meals Of Love” is a great example of the bizarrely-timed, shimmering melodies that you can find in many of his songs.  The bass was the stand-out element in this final track for me – that’s one incredibly groovin’ rhythm-line in there and its reliability allows the guitars to pursue Melvin’s intentions at full-force.  “Sunday Night Meals Of Love” might not have the emotional textures & tones threaded through it as deeply as the other three songs do by comparison…but undoubtedly, another highly enjoyable listen and very welcoming sound from Melvin’s catalog.

So there you have it…the groundwork has truly been laid for Melvin Fromm Jr. to take his career & music to the next-level – I think it’ll be interesting to hear how he approaches that and whether he’ll factor in some of the points I’ve made through future releases.  He’s definitely right on the doorstep of doing something very special, unique and all his own in music…now it’s time to bring it all together from the album covers to liner-notes, layout, length and themes and challenge himself to rise to the occasion and actively take the necessary steps to bring the people to the music & keep them there with him.

Find out more about Melvin Fromm Jr. at his official page at Facebook:   www.facebook.com/composermelvinfrommjr