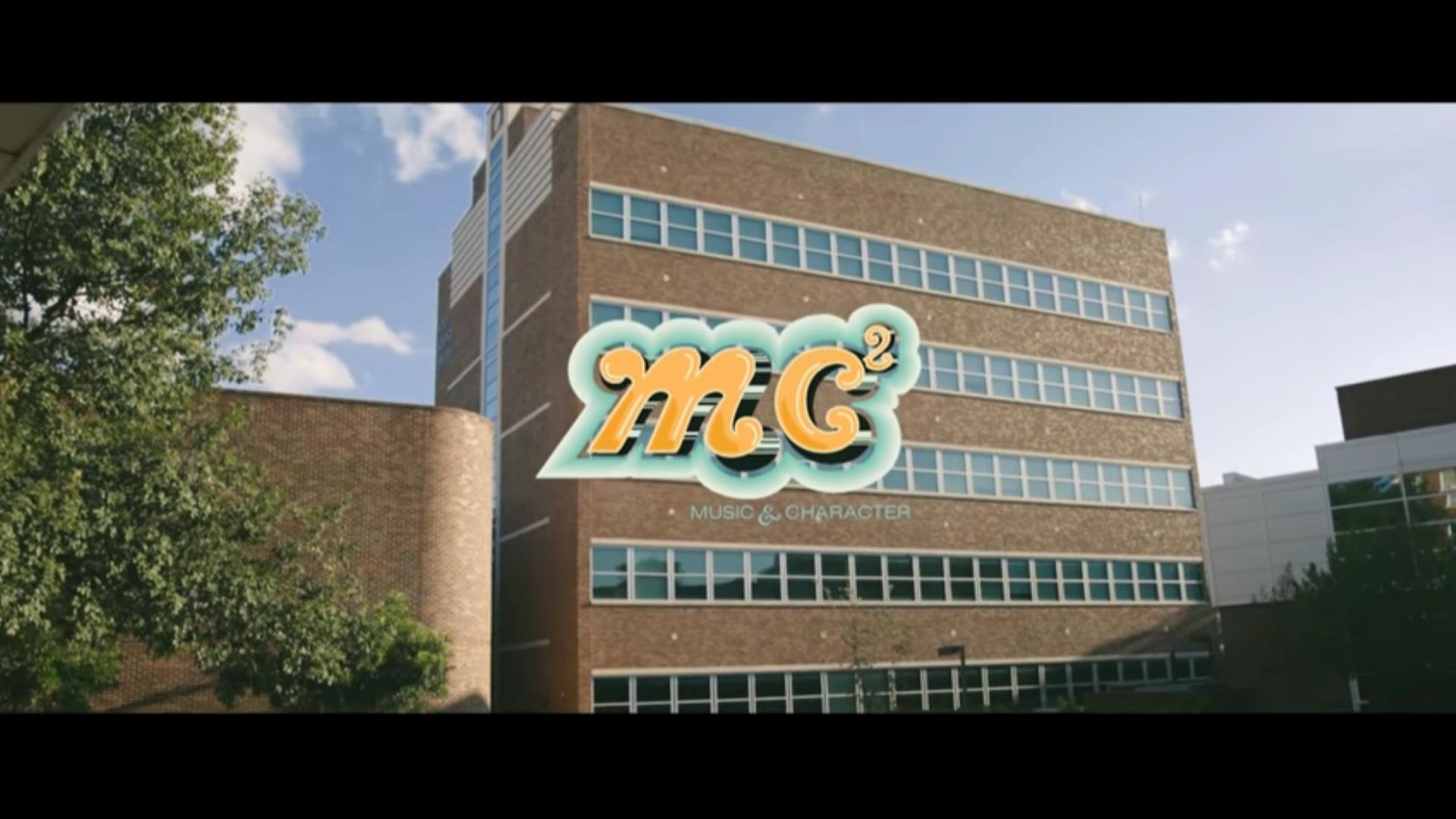 Alright people…class is in session!

I am absolutely digging what I’m hearing from hip-hop crew MC² – these guys got the vibe.  The brand-new single “No Substitute” is smooth perfection – both emcees Louis “LQ” Iverson and Keith “Smeazy” Passmore sound spectacular on their latest cut…real Hip-Hop is alive & well and you can hear it thriving on this new track from MC².

Honestly!  Who can resist this one?  The lyrical-ambition and execution of MC² is off-the-charts good.  For those out there looking for a Hip-Hop cut that delivers on sentiment and keeps it as sweet in the flow as it comes across in the melody, “No Substitute” is the track you’re looking for.  Not only are the verses and bars from MC² incredibly complex when you listen to the words and get right into what they’re saying – but to hear how amazingly smooth their entire vibe remains while they’re doing the equivalent of verbal gymnastics is more than impressive.  You’ll hear what I’m talking about…the effort in the writing & work in rehearsals have all paid off…this gem comes out flawlessly cut.

For those out there that have real respect for Hip-Hop from back in the day, you’ll love this every bit as much as I did.  MC² walks now on the path that crews like A Tribe Called Quest once carved out…that same path that other emcees & talented crews like Jurassic 5 and Common continued on…and now here we are with a new generation, ready to roll.  What I love about “No Substitute” is that you can HEAR how well-versed LQ and Smeazy are when it comes to the genre itself; believe me, you don’t get this good overnight…they’ve put in the work and you can clearly hear the results.  You can clearly hear the WORDS too!  What a privilege right?  I mean…it seriously IS; not only do they write insightful, real & heartfelt lyrics – but you actually can decipher every word…which as you all know, is less & less common these days when it comes to the art of Rap and its current evolution.  But I’ll tell you this…and those Trappers out there can take this to the bank…when an emcee has every right and reason to be proud of the words they write, you’ll hear’em clearly, just like on “No Substitute.”  This is definitely a highlight in the year for Hip-Hop and a real achievement overall in my opinion; there’s not a thing about this track out of place and the genuine authenticity of this song’s overall message of keeping it real and keeping life about love is on full-display for your ears to absorb and your brain to think on.  Notice how MC² isn’t rhyming about anything played-out, cliché or tired…they’ve written something relevant for today without stumbling into any of the pitfalls that typically snag the modern-day rappers out there.  No ridiculously overdriven vocal-effects…no bitches…no cash…no drugs, no guns…like I was saying people – “No Substitute” is all about the LOVE…real Hip-Hop that’s really refreshing to listen to.

Because it makes all the difference in the world to our ears when we can hear a song that comes from a truly genuine place…and whether it’s in the way they move through the bars of the verse or the hooks they create for the chorus – you can feel that connection they have to the words and it all ends up sounding highly sincere to us as a result.  Nothing sounds fake, phony or phoned-in here…you definitely get the sense that the gentlemen of MC² are lovers, not fighters, based on what they’re rapping about.  The music is highly vibrant and subtly-smooth at the same time…it transitions perfectly and provides the emcees with real balance in a carefully crafted composition to work with.  Produced by Tek Nalo G – props to that dude as well…this track shines musically and fits the style, demeanor & movements of MC² as good as it can possibly get.  Also worth noting – this is the 3rd single released from their recent album Native Sons, which is like, a reboot of the entire MC² project altogether.  They’re ready to leave the past behind and charge forward with an evolved sound and refined skillsets – no objections to that from me.

Check out that video too eh?  Fits this song perfectly.  We actually played this on SBS Live This Week earlier this week and you can catch some of my additional thoughts on MC² there as well.  I’ll be spinning it later today on the new episode of the SBS Podcast too just to make sure EVERYONE hears it.  I’ve been all about “No Substitute” since the moment I heard it and doing what I can to spread the word, loud & proud.  These guys might actually be too NICE to get all up in your faces about their music like I will…so it’s probably best left to me at this point anyhow.  Suffice to say, if you’re in earshot of my speakers, you’ll probably hear “No Substitute” bumpin’ or at the very least, playing within a song or two of when you tune in.  Enthusiastic YES to the video as well though – MC² = Music & Character…and they show us just as much sincere personality onscreen as they do on the m-i-c…they’ve definitely got ME believing that THEY believe in what they’re doing – and that kind of humble confidence could certainly bring them much further down that path that their idols first carved-out for them long ago.  People are looking for authenticity in the Rap/Hip-Hop genre like this in our world today…and it’s that organic, real and resonating style that MC² does so well.  I know I loved “No Substitute” both in audio & video…but more importantly, I highly suspect that I won’t be alone in that – these guys are absolutely fantastic.

Find out more from the official MC²  website at:  https://www.mc2vibes.com