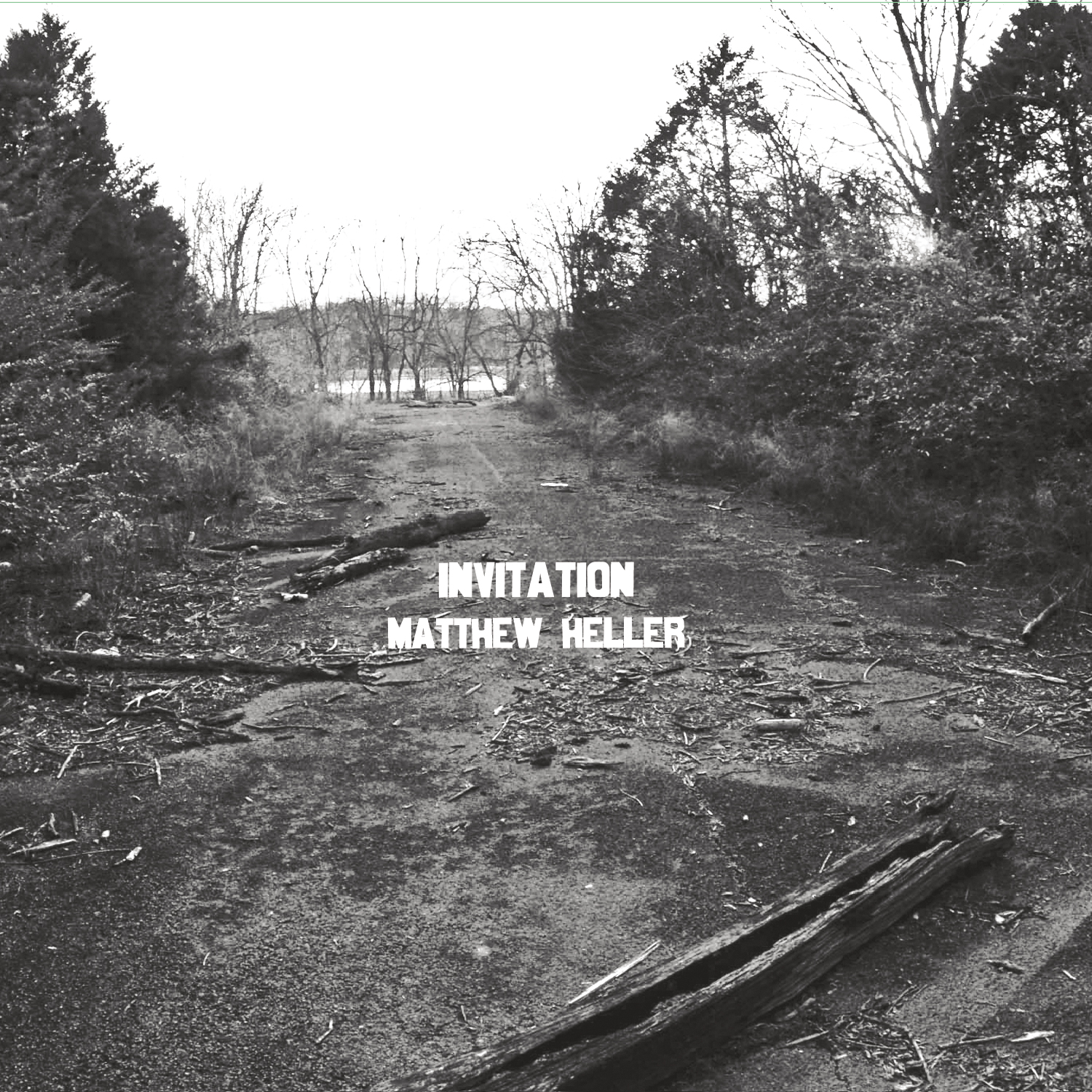 I have taken longer in preparing this review than I’ve ever taken before. If you’ve read these reviews in the past, you know I quite often start out with an apology on how long it has taken to get it on the page, but let me tell ya…Matthew Heller is not only an excellent musician, but he’s a completely patient gentleman and has literally waited nearly five times as long as anyone I’ve reviewed before him.

There’s a justified reason as to WHY I’m so last minute with everything…one that goes beyond my commitment to Hunter S. Thompson-style journalism; I listen. You could find a million journalists and reviewers out there, but never one to take their role as seriously as I do. Not everything can be understood, heard or written about during the course of a single listen, yet I can see 99% of the time from the writing of these reviews that this journalistic low-road has been taken again and again.

Let me explain. I suppose if I had reviewed this new album Invitation that I wouldn’t have had as many good things to say about it. That’s not a knock on Matthew, his music or anything other than a knock against ME. Hopefully I’m not alone in this – but have you ever listened to that NEW album by your favorite artist and come out of that listening with a big ol’ “WTF?” Then somehow, because you REFUSE to believe that your favorite band could do you so WRONG, you eventually listen again. Only this time, the WTF is now pointed directly at yourself and you wonder how you missed all this amazing music the first time around.

I can admit when I’m wrong. I missed Matthew Heller’s album Invitation when I played it the first time. And Mr. Heller – you certainly have my apologies. These (many) subsequent listens have put my brain on track – now I can hear this as I should have to begin with. In fairness to myself, rock is not my genre of choice necessarily – but this is far from the “straight ahead,” and I should have noticed that right away.

The level of creativity and ability in this album has no limit. There are so many of those things….aww shit…you know what I’m talking about…those…things…they used to happen all the time when the singer’s not singing…RIGHT – solos! I’ll admit, through sleepingbagstudios we’ve dealt with a lot of progressive rock, which of course is laden with solos, but also expected. In typical modern day verse/chorus/verse songwriting the solo and bridge have nearly disappeared entirely; with that, the ability to showcase not only the songwriting ability of a band, but the exceptional playing as well.

Invitation is such a complete break from the normal all the way through. From the off-the-wall lyrics to this wonderful incorporation of extremely capable musicianship – this album is what I’d imagine Les Claypool to sound like and make once he’s retired and sitting on the porch of some backwoods ranch.

Yeah…okay…that’s officially the WEIRDEST compliment I’ve ever handed out, but Matthew, I assure you, it IS a compliment.

The other comparison I drew to instantly was Stephen Malkmus after listening to the Matthew Heller track “Space Girl.” After jumping into a riff-laden opening to the album, Matthew switches to a alternative-pop-indie-thing that reminded me a lot of the song “Pencil Rot” by Malkmus after he had left the lazy style of Pavement behind and tightened up the musicianship for his solo work. “Space Girl” has that instantly recognizable feel and pulse and the moment I heard it, all of a sudden I could easily remember hearing it before when I had first spun the album. Track after track, not only did this continue to happen, but I was actively SINGING ALONG. Matthew Heller writes songs that have hooks that stick into your brain whether you realize it at first or not.

There are moments of the big and the small all over this album, but it’s the small that suits Matthew Heller and his vocal style the best. His voice is that of the perfect indie hero; fragile and vibrating with energy, emotion and genuine belief in the music he’s making. The end of this album is incredibly strong and really highlights the strengths of Heller’s voice with the music. “Sink Or Swim” and “Dismay King” end this album in a musical splendor; fantastic songwriting, incredible emotional songs, one slow and one up-tempo to close out the album in a way that will instantly taunt you to play it again.

Incidentally, the fifth track on the album, “Interlude,” a song with no vocals is a cut that could easily bring tears to your eyes – listen with caution. A piano and strings combination that truly solidifies the amount of skill in Heller’s songwriting, some songs don’t need words and he was right on that one. Perfect track.

And as that track breaks, we get a 70’s rock production feel to “Howdy From Hades,” nearly Zeppelin-esque in the assembly. There are nods to other greats as well, like Tom Petty and his song “Last Dance With Mary Jane” that bears a resemblance to the Heller track “Mercy.” He never crosses over into being a copy, never even gets close to that line…Heller re-invents each and every sound completely as his own and plays them all with incredible skill.

Regardless of the time it has taken to put this together – I’m glad that time was taken. Apparently my earholes had to adjust before I could fit this music into them properly, but now that they have, I don’t want to lose these songs or these moments. I keep coming back to “Sink Or Swim” as THE example of why on this album…that sound…that one right there is the one I don’t ever want to lose in the soundtrack shuffle of my life.

Yeah. Took some time but it was completely worth it and I’m thankful I came around to my senses. Believe me when I say the next time Matthew Heller sends out an Invitation, I’ll be gladly accepting.