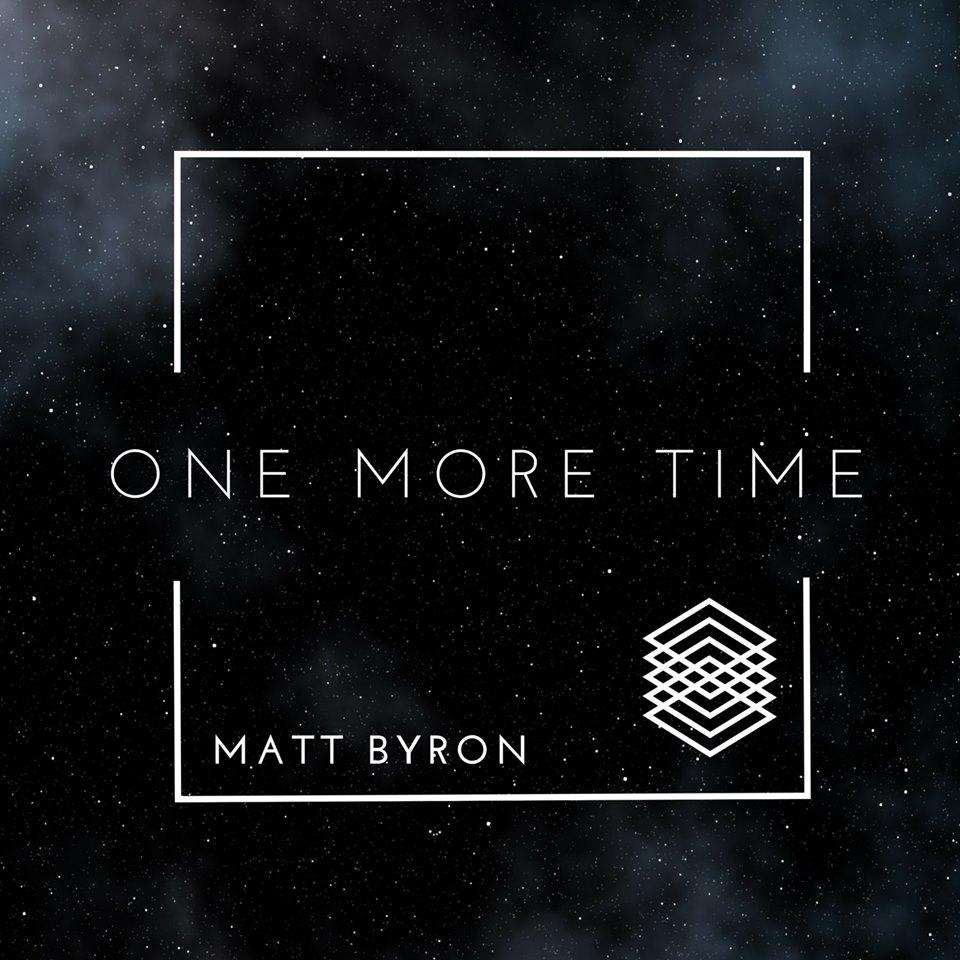 Sometime nearly a year ago, we got ourselves exposed to the music of Matt Byron for the very first time when reviewing his EP Next Time I’ll Know…and if there’s something that can always bring a smile to my bearded-face, it’s an artist coming back to make another appearance before a full-year has even had a chance to pass by!  Main reason being…that’s about all I can ever hope to hear from a lot of bands & artists out there…that the music is still flowing that is…  Always brightens my day – even when the music is mired in the dank & dark like “One More Time” is…or any of the music from Matt Byron for that matter.  As I’ve already mentioned today in reviews earlier – it’s been a day full of exceptional music that has really expressed a ton of emotions – and not surprising, Matt’s slow-pulsing energy on his new single certainly qualifies as well.

In fact, even on a day as exceptional as this has proven to be – this new-single from Byron certain exemplifies the vibrancy of the emotion we’ve experienced today.  We’ve already been through our spot of “Sunshine” through the review on Jef Joslin earlier today…and I’m always a little more comforted by the dark-side of music personally.  “One More Time” hits that spot-on with a murky electro-infused vibe that moves at perfect pace with a slow-intensity that never quits.

Last time when reviewing the EP, I had him compared to the sounds you’d hear in bands like Nine Inch Nails, The Editors and Depeche Mode; and while there’s still a bit of that influence here on this song, I’d put it a little closer to the slower tracks from She Wants Revenge.  Once the sparkling but somber guitar notes come in, you get the sense that he’s also spent some time listening to The Cure as well…the comparisons all certainly mirror the dark-atmospheres and heavy, slow-burning emotions you can notice easily and feel on this new track from Matt.  It’s layered on so thick and rich here on “One More Time” that it’ll feel like your own shadow is sticking to your very soul.

Wild but controlled synthesizers keep the music flowing like it’s covered in neon-paint…the atmosphere and layers of depth in this cut are huge…yet everything feels so still.  Not stiff – still…like a painted picture…and as Byron pleads for relief throughout “One More Time” you can feel that emptiness of a hole never quite able to be filled.  You get the sense from this song that even “One More Time” would still not end up being enough to ‘fix’ this situation…though it might ease the pain.  The production & effects added to the vocals give Byron’s sound & style extra strength while it contrasts with the lyrical aspects of fragility and the sensitive nature of our emotions.  Our need for need itself…and to be needed.

I also think…that if this new track is any indication of where Byron is headed for a new EP, album or singles being released…that I certainly like where he’s heading.  He’s always written his music with the exciting amount of depth and layering that you’ll find here – but there’s a maturity and refinement you’ll hear as well this time around…maybe not so much of a controlling of these emotions he displays, but an understanding of their chaotic nature.  Whatever it is he’s truly feeling, I can only theorize…but I know a good song when I hear one – and this is definitely one of the best I’ve heard from Byron so far.