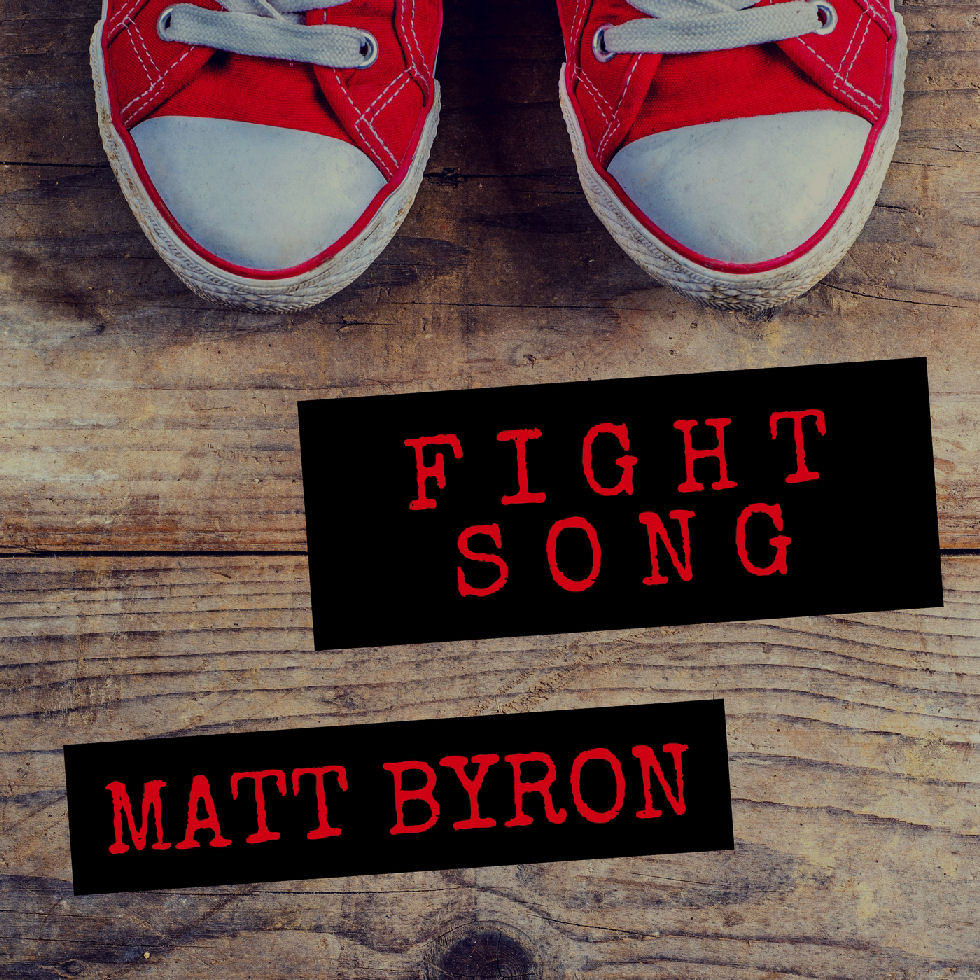 Full disclosure…if you were to look at my personal Facebook wall full of friends, you’d find Matt Byron on it.  I’ve been a fan of his music since reviewing it for the first time way-back-when…but beyond that, he’s proven to be an ally in so much more than just music itself.  The real disclosure of information here isn’t that you’d find Matt on a list of people I know…but that he’s on this list for a whole slew of justifiable reasons that go beyond our own friendship and into a personality I genuinely look up to and admire.  As concisely as I can explain it – he’s one of the true leaders of tomorrow; not only does he consistently make entertaining music, he’s completely unafraid to stand up for what he personally believes in and always ready to give a voice to the voiceless out there.  Despite the border that exists between our countries, he’s been able to reach me with a lot of the observations he’s made throughout the past year in his social-media posts…and in a year that’s been exceptionally tough on the creative community, he’s actually been able to provide some hope to me personally through his relentless pursuit of what is right and what is just out there for people not just in his own country, but the world.

And hence, his new single “Fight Song” is born.

I would never have accused Matt Byron of being necessarily chilled-out in the music I’ve heard along the way – but he’s as fired-up as I was hoping to hear him be on “Fight Song.”  A song for the resistance…a song that helps its author relieve some of the never-ending stress that an incompetent president has bestowed upon his country…a song that is at the same time, designed to unify the people in a common cause, to keep them WOKE and to rally them for what could truly be the biggest ‘fight’ we’ll experience in our lifetimes.  We’re in a constant battle right now for truthful information, reliable sources and a positive resolution; while the skeptic in me wonders if we’ll ever see any of those three things in our world again…the optimist in me likes to remind myself that every one of those things is worth fighting for.  I don’t ever expect the world to be ‘sane’ – it’s been far from it ever since I’ve been wandering on this floating rock we call Earth…but I do continually hope it can find its way to being ‘sane enough’ once more.  Songs like “Fight Song” and art/music in general become so entirely important at a time like this…they provide that levity, that voice, and ultimately, perhaps beyond any other measurable metric – songs like this become an important part of our history in documenting what was actually happening with the people at a time where those in power have abandoned them.

As much as I wish that I could close my eyes and wish that Trump wouldn’t occupy a single moment or second of ANY of your time, thoughts or life…that IS where we are.  I’ve absolutely fallen victim to it myself…not just here on the pages but in my own music as well…there is almost no escaping the orange muppet and his pervasive ability to invade your mind on any given day.  Byron is fired-up on “Fight Song” for a REASON…or that is, for MULTIPLE REASONS…he’s had enough; and this track is every bit as much of an indication of that overload as it is a justifiable reason to write a gripping new tune.  As has been pointed out here many times throughout the years…whether we like it or not, the struggle – however you experience it – can quite often become one of the best things to happen to our music/art.  I’ll admit…it’s been a while since I’ve heard a new Matt Byron tune…he’s been busy producing the music of other projects out there in the independent music-scene…but I’ll also say it was a most welcome return and at the exact time where we needed him most.

First impressions had me thinking he’d been listening to Interpol…the band in this case, not the intelligence agency…I think the energy/sound of “Fight Song” resembles them at their most powerful.  Add in the comparison through the vocal-effects & tone and you’ll hear the similarities I’m sure…or of course, to She Wants Revenge, who I’ve cited in comparison to Byron’s work in the past as well.  Keeping great company as far as I’m concerned – and with all the work that Byron’s been putting in behind the scenes producing other people’s music, his whole production-game seems to have seriously sharpened up on “Fight Song.”  Essentially, I’d be honestly surprised if he’s not making the music he’s always wanted to make right here & right now with the consistently evolving skillset he’s armed with.

I love that the words fit the energy, expression and emotion in the song…I love that I know they come from a genuinely authentic place that MEANS what’s being said here.  “Fight Song” is NOT fake news – this is real talk.  I think he’s written a solid tune here, all friendships aside, “Fight Song” has Byron sounding really damn good from the guitar tones to the synth notes and perfectly placed drums spread out throughout what becomes a seriously rad ride and empowering track.  The guitar tones in the verse are absolutely killer…same thing with the bridge; they sound absolutely wicked and have character & menace dripping from every note.  Might be all-synth with this guy…it’s hard to say…his ear for sound and selection is really damn good – what’s important is that it all sounds incredibly REAL and you’d likely never know the difference either way.  What difference does it make ANYWAY when it’s all ONE guy and it ALL sounds great?  He’s structured this one to seriously move and groove as hard as it rocks – and the shift from the verse to chorus of “Fight Song” is one of the most powerful I’ve honestly heard this year.  I was digging the verse…but I’ll be damned if that chorus doesn’t hit the exact right spot right now.

Check out this line…because I LOVE it…”Don’t forget that most of us aren’t buying what you say…” – I think that’s completely accurate.  It marks that powerful shift into the chorus, which actually continually evolves and gets better as it plays as well, introducing smart backing-vocals into the mix and giving us extra layers to absorb as the hooks continue to pull us in.  But to be FAIR to both Matt and to the writing here – a great line can be a beautiful thing, but it’d be nothing in music without the expression and energy to match its intentions and sentiment…and THAT is where Byron REALLY wins on “Fight Song.”  Vocally he’s just as intense as the music surrounding him – and he NEEDED to be on a song as politically grounded as this is…to convey the seriousness of the situation, the severity of the consequences of inaction and the ability that WE THE PEOPLE have to rise up against adversity with confidence.  “Fight Song” is a musical call-to-arms…a rallying cry from one of the troops ready to stand on the frontlines of the latest battleground surely to surface in our world; the American Dream.  We’re going to need people like Byron out there over these next four years…you can trust me on that.  Art, life, liberty…all that good stuff is going to be under siege for some time if we let it happen…precisely the points that “Fight Song” ends up looking to make and successfully shares the blame as much as points out that we’re all equally part of the problem’s potential resolution if we all stand up & push back.

Well-conceived, timely and crucially important right now – “Fight Song” spits significant venom into the eyes of its target…written ambiguously enough that it’ll hold up over time but absolutely relevant for where the world is currently at.  It doesn’t HAVE to be there…and it doesn’t even HAVE to stay there for long – that’s up to US – ALL of us.  Songs like “Fight Song” prove that the human spirit & ability to resist are stronger than they’ve ever been.  Expertly assembled and produced to really punch and thrash in a controlled and organized manner that delivers real thick & meaty hooks in the lyrics just as much as the music – Byron ends this lead-single from the upcoming Songs For The Rebellion in an inspired way with what sounds like the true voice of the people shouting “Let them in”…I believe it comes from the protests that took place at the airports of the USA following the unjust travel-ban.  A solid way to wrap-up what’s been the real point in “Fight Song” perhaps all along…the people were here long before the government was…and we’ll all be here long after it’s gone.