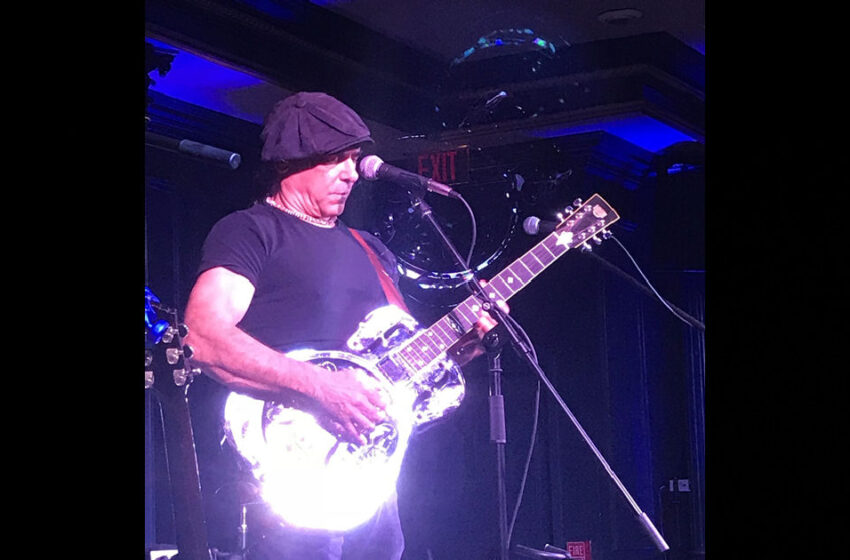 Mark Newman – “From Me To You” – Single Review

Believe me when I tell ya…you see the list of credits that come along with Mark Newman’s name out there on the internet, and long before you push play on this shiny new single of his here, you’ll already know you’re in-store for a quality tune.  He’s played with the legendary likes of artists like John Oates, Bobby Whitlock, Travis Tritt, and Elvis Costello to name a few – and trust me, that’s cutting the list supreme short when it comes to Mark’s credentials – we’d be here all day reading if I listed them all.

So!  Expect this to be good…go on…don’t be scared…I promise ya, you can’t overhype this enough in your mind to the point where you wouldn’t enjoy it still when you push play yourself – a quality tune is a quality tune, always has been, always will be – and Newman will prove that to be true in several ways.

First & foremost – this skilled veteran of the scene took on a specific challenge from out yonder on the ol’ internet – and it’s where this story somewhat begins.  It’s something we run into every so often, but every time we do, it seems to provide a massively inspired experience and yield impressive results that are generally a little bit outside of an artist’s or band’s comfort zone, just enough to add in that creative spark of uniqueness you don’t often find in their own catalog of tunes.  Mind you…let’s be real here – I’ve already listed just a FEW of Mark’s career highlights…but you know from that list alone that we’re not really all that likely to run into something that’s NOT in his quote-unquote comfort zone; when you have as much verifiable skill & talent as this guy has, it’s more than transferrable to many styles of music.  Make no mistake y’all – he’s proven his value as a musician in many arenas already – and to me, that’s part of what’s sincerely remarkable about this entire single here…Mark is STILL challenging himself as an artist & doing it for the pure love of the game, even this far into his storied career.  That’s inspiring – I literally don’t know any other way to put it to ya than that…we should all be so lucky to have this guy’s perspective throughout our lifetimes and embrace the real spirit of the art & craft in what we do, just like what Mark is clearly doing.  For this particular single here, he’s taken on a cover of the brilliant singer/songwriter Janis Ian’s “From Me To You,” and shown us exactly how relevant her music still is to this very day in an all-new light through the passion & soul of Newman’s vocals & music shining a bright light on how much of an impact these words generate even now, long after the original was written.

Technically, Mark Newman’s “From Me To You” came to be as part of a broader concept, with a whole bunch more people out there far & wide across the globe involved as well.  It’s known as the Better Times Project, which according to the notes I’ve got here, is based around a song that Janis released during the pandemic to assist in bringing awareness to the scene as it was shut down into isolation, and to help out how she could.  The reaction was MASSIVE – and as a result, hundreds of submissions of covers of her song “Better Times Will Come” were sent in to be posted up, including Mark’s own, which features him splittin’ his time between chillin’ out in the woods & the studio, and a provides ya with the aforementioned expected fantastic performance of the Ian tune that you’d assume you’d find from a musician of his caliber.  LOVE the guitar you see in this man’s hands too…which I think, is the steeliest lap steel I’ve seen…is it not?  I never profess to know all that much about the instruments of music – I just know what I like to listen to – and Mark’s got the connection to music I personally love to hear.  Not only did he do a great job with Ian’s “Better Times Will Come” – but he found himself going even further into Ian’s catalog of tunes, and mined out this spectacular gem called “From Me To You” as well.

So there you have it folks…verifiable proof…art inspires art in so many delightful ways and you can visually see the trail of the effect in a situation like this.  Janis Ian makes incredible music – still does – and Mark’s a fan…Mark plays Ian’s music…Mark’s inspired to play more…and this wheel might just keep on a-turnin’ from here, you never know.  What I can tell ya for sure is…as much as I was digging on what I was seeing & hearing in his official submission for the Better Times Project – it was this second cover that had Newman reach mesmerizingly captivating levels of entertainment…I couldn’t get enough of what he’s done with “From Me To You.”  There’s no cracks in the armor to be found here whatsoever – his performance is absolutely spot-on perfection in every conceivable way; not only will you love the soulful sound of his vocals, but you’ll really appreciate just how clearly he’s got these words sung out with so much conviction behind them…you know as a listener, that Newman connects to these lyrics because we can HEAR IT in the tone of his voice.  He takes care of this song as if he’d written it himself, and pays real tribute to the iconic Ian’s original by absolutely nailing this performance from the music to the microphone.  The depth in the production & sound is magnificent…for real y’all…the passion & soul & professionalism you’ll hear in the mix and the musicianship will leave you wanting nothing more, because again, your ears will know from what they hear that Mark’s held nothing back & put it all into his performance.  STUNNING guitar work from this guy too…rich & thick bass-lines and gentle percussion shaking the beat out delicately in the background – you could have all the musicianship in the world as upfront in the mix as you want, but it would still be extraordinarily tough to steal the show from Newman on the microphone, if not outright impossible – and that’s saying a LOT, ‘cause this man can play!  Above all things, I think he deserves serious credit for keeping Ian’s words as the main focus and real star of the show; this ain’t Mark’s first rodeo y’all…he knew exactly how to play this track with all the right pieces in place to have each and every one of us revering Ian’s contribution to music’s history & her insightful lyricism…and in the process, we can’t help but marvel at how equally fantastic Newman is.

Find out more about Mark Newman from his official homepage at:  https://marknewman.us

Tags: Cover From Me To You Janis Ian Mark Newman Singles sleepingbagstudios