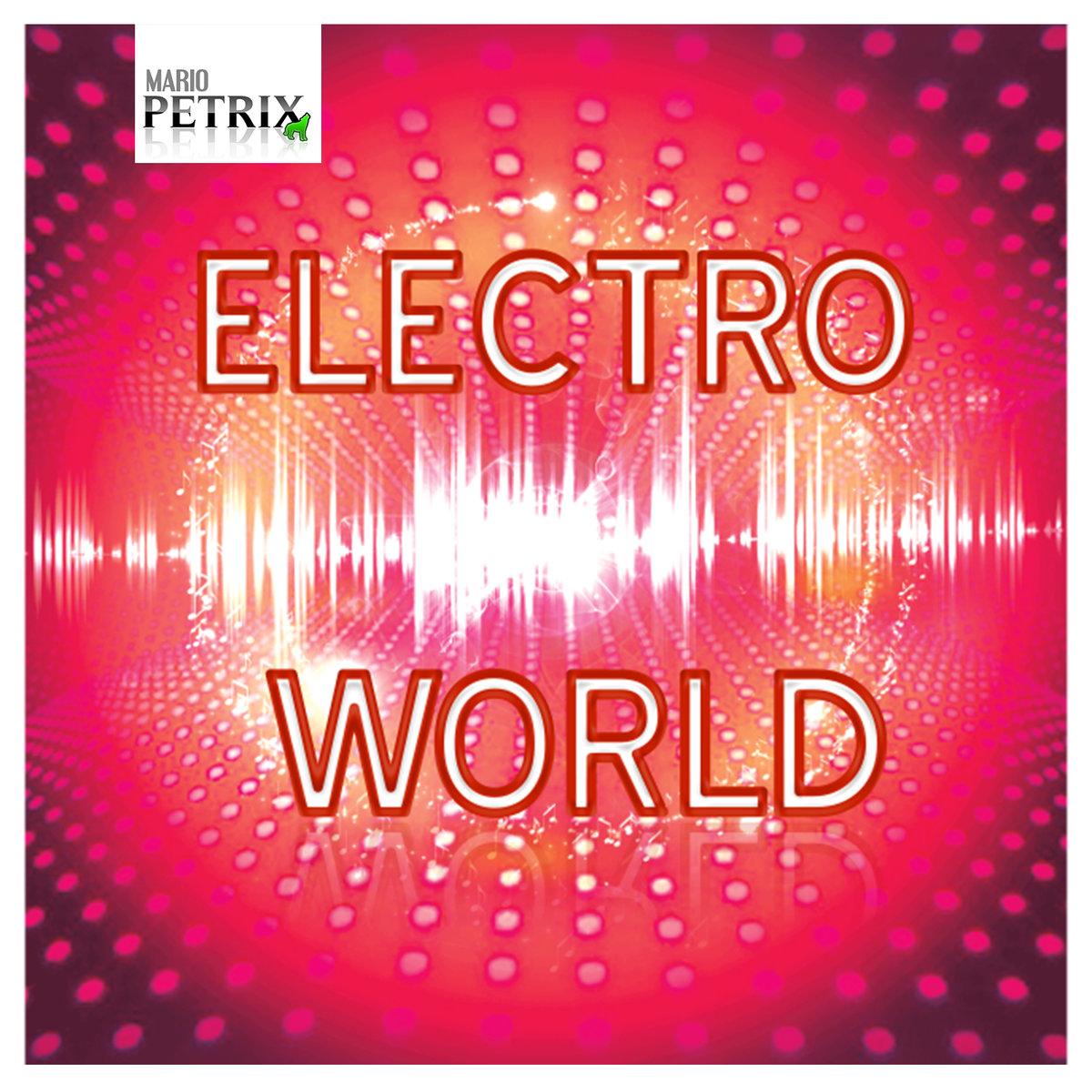 Well I’ve really kind of covered the map as far as singles have been concerned tonight! Ranging from acoustic-music, to rap…and now here to a bold-electro rhythm & groove all the way from Italy with Mario Petrix’s new single from the very beginning of 2016, “Electro World.” What can I say for myself…your music keeps me awake at night…couldn’t be happier to stumble upon some of the fantastic artists and sounds we’ve heard tonight so far – and Mario Petrix certainly holds up as strongly as the rest in the other genres I’ve listened to…good stuff happening all over the place on this bouncy electro-house cut!

Incorporating that intensely hypnotic rhythm & beat that the house-genre is famous for – Mario makes the magic happen with a minimalist’s approach that serves each sound extremely well. Separated clearly within the mix, it all seems to come together quickly with a crisp-snap to its energetic beat. “Electro World” definitely embodies and achieves what the title itself implies – this is definitely a get-out-your-glow-sticks situation and get your dance-party-on kind of song.

Petrix keeps the flow uncomplicated, smooth and simple…”Electro World” and its low-pulsing rhythm will absolutely satisfy that craving for a lively-groove and the added electro-elements and synth-samples keep the attention sharply focused on the subtle changes and transitions in this new single. Depending on what you’re looking for in your electro, this certainly has the potential to hit the spot for people that dig-on a more chilled-out vibe that’s never too aggressive. With many House-music artists finding a modern-day tendency to borrow from EDM and ride that wave – Mario cleverly steers this song in the opposite direction and incorporates much more of an ambient-feel to it rather than glitch it out recklessly like many others out there. Smartly keeping “Electro World” chilled-as-ice the entire time was a solid move on Mario’s part in my opinion…the hooks he’s created, assembled and mixed in his latest release make more than enough sense to be on their own as they are.

So…yeah…I suppose what I’m saying I appreciate most about the new single from Petrix is the amount of restraint, focus & control he exercises in the writing and the clever-precision in which he assembles “Electro World.” It’s tough to look at an entire board or deck full of exciting sounds and not overdo it – but I think the balance has been found and perfectly struck by Mario on this hypnotic-cut. “Electro World” makes for a solid listening experience and gives the ol’ brain a little something to chew on; as the sounds come dancing through the speakers from the lefts & rights, you can’t help but give in to the catchy rhythm and uplifting beat to Petrix’s new tune.

Dude definitely knows what he’s doing around the studio boards and DJ-decks…I could see/hear this being a big, big sound over in Italy/Europe where House-music often reigns supreme and dominates the music-scenes. No complaints about Mario’s new track – he’s got it assembled like a professional and puts a perfectly-chilled vibe into the smoothness of his “Electro World.” You’ll want to live there.