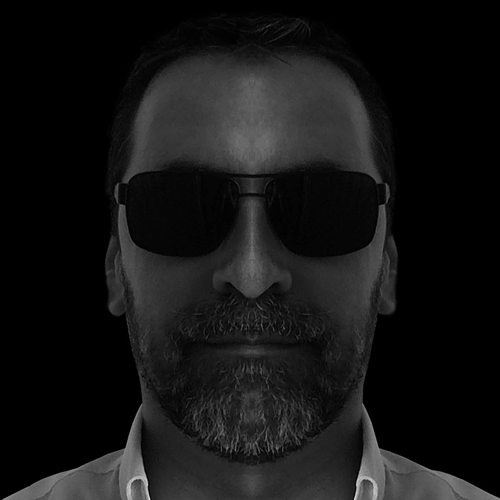 For the lovers of all-things-electronic out there, you’re pretty much guaranteed to like the new-cut from March Alba, called “Hold Up.”  The rest of you people out there supporting other genres of all kinds…probably aren’t going to find themselves turning this off either…there are a ton of well-assembled dynamics that lead to successful transitions, wild new sounds and electro-music that truly sounds like an adventure on “Hold Up.”

There are almost two-sides to this story…Marc Alba that plays it safe, and the Marc Alba that’s ready to push the limits, boundaries and borders of EDM & electro.  Truthfully…there’s nothing wrong with either part of him…the more ‘safe’ parts feature the expected drops, shifts and build-ups you’d expect from the trance/house-music styles of EDM – but they’re all put together with an expert-hand.  No question that Alba understands the intensity that can be found in the electro-genre, he wields it like a master throughout the buildups, breakdowns and serious ride that “Hold Up” becomes.  So even though it’s a fairly well-used and worn path that Alba’s heading on with a track like this…it serves him well – the production is absolutely tight and every transition happens flawlessly.

So really…that’s not so bad…in fact, that’s pretty good.  Alba has a way of making the ordinary extraordinary in these moments and keeps the track rolling along in a captivating way by adding in some seriously ambitious and well-thought-out breaks like you’ll hear around the ninety-second mark.  These exploratory, sharply-edited and chopped-up electro-breaks sound truly cutting-edge…modern and yet still a step ahead of the rest with moves like this.

And it gets better…from that first innovative break, you end up in a much more serene, nearly ambient electro for nearly a minute before some of the most impactful moments come springing back into place; just past the three-minute mark…around 3:10…I mean…that’s just an EPIC sound there…Alba crushes another transition with ease and sets up a solid build-up to the grinding & rubbery electro-alarms to follow.  Alternating smartly back into the cut-up IDM/Dubstep break, “Hold Up” continues to find a way to solidly entertain the ears.  Closing in on five-minutes, it all becomes extremely smooth…the electro rides and glides into a series of drops in the final moments as “Hold Up” comes braking to a full-stop.

Well-produced, well-assembled and well-mixed – you can’t really ask for more.  Where Alba plays it safe, the moments in the music still pop-out & shine to their maximum capabilities; when he goes rogue and jumps off the trail into new terrain, he’s puts in some seriously genius moments.  I think as far as electro-music goes, Alba has definitely proven in this one track alone that he can certainly “Hold Up” his own – I can’t see fans of the genre being anything less than ecstatic to hear what Alba’s come up with.  Great energy, great effort…I think Marc Alba completely demonstrates a strong grip & understanding of what it takes to truly captivate the ears and entertain the mind…he’s done it perfectly with “Hold Up.”

Find out more from his official homepage at:  http://marcalba.com