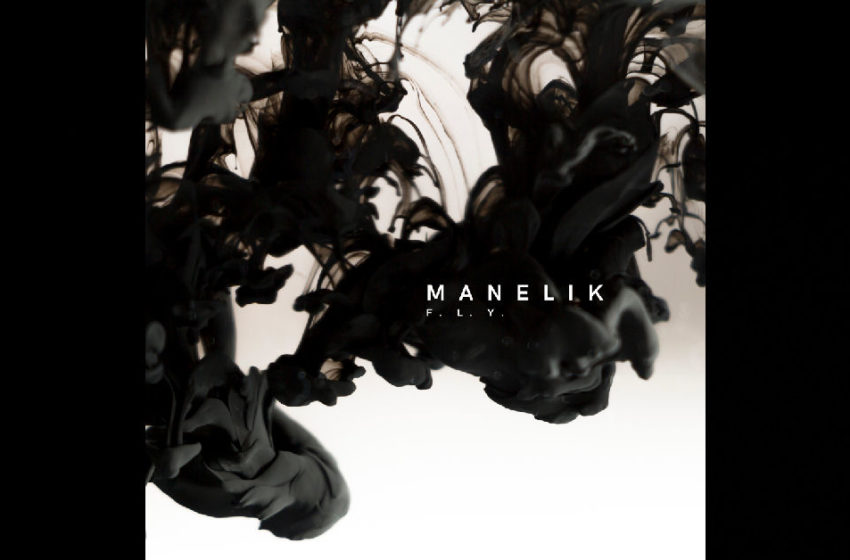 Something about the title-track/opening song on the new Manelik EP that genuinely reminded me a lot of the music I love that bubbles below the surface of the mainstream.  Moody, atmospheric, melodic tunes…songs that weren’t necessarily hits by any definition, but classics all the same; Manelik sounds like the kind of music you continually come back to.  “F.L.Y.” has a similar air to its aura like the album Black Fingernails, Red Wine by Eskimo Joe had at the very beginning, if you’re familiar with that record – and also similarly, you’ll find that Manelik will twist & morph this sound you hear now into all kinds of different shapes & forms as the EP plays on.  Not only will you find this opening track to be a hybrid combination itself, but you’ll find that the whole lineup of the F.L.Y. EP speaks strongly on behalf of a very versatile band with limitless possibilities in their future as far as where their sound will take them.  There’s a shroud of heavy seriousness that hangs over “F.L.Y.” for sure, but it’s balanced perfectly by powerful & uplifting melodic moments from the microphone that seem to forcefully push away the clouds & post-punk inspired moodiness in the music…each section of this song complements the last & continues to further the story as you listen.  As if Manelik needed to give you another reason to be impressed at the beginning of this EP, you’ll also hear extremely bold, bright, and brilliant guitar work that will also reveal the depth of the musicianship you’ll hear in this band through noteworthy solos.

“Be As You Are” probably has the most memorable hook of any cut on the record with its giant chorus – they’ve definitely got a massive asset in Marcello Vieira on the microphone; and between the verse, chorus, and bridge of this cut, you’ll find he excels in three completely separate gears.  That being said, he’s got a lot of freedom up front, largely because he’s got a band he can fully rely on to deliver the goods in behind him, which with six members in total, Manelik certainly does, time after time.  When it comes to “Be As You Are,” I think the only questionable aspect of the song really becomes the mix itself, which…well quite honestly it might be right on the money for what they’re looking for, or just short of the ambition when it comes to how the rest of us might hear it.  Let me explain…I mean, it’s better if you just have a listen for yourself, you’ll understand exactly what I mean here…it’s likely the gigantic difference between the approach to the verses and chorus that creates the effect we hear.  What sounds like an increased clarity or more volume when the chorus comes around might be the simple result of the energy & power surging at the same time as they shift into that part of the song – but I suspect there might be a way to get the verses a bit more of an equal billing, which they deserve for the uniqueness they bring to “Be As You Are” overall.  At the end of the day, I think the listeners & fans get exactly what they’re looking for with this cut in the sense that it’s those main hooks that’ll stick with you long after the song has stopped playing…and really when that’s the case, it’s pretty hard to complain.

I’d say “Stars” is a solid representation of the Manelik style of hybrid melodic-Rock…like I’ve been saying from the very beginning, it’s interesting stuff, there’s no doubt about that whatsoever.  I probably wouldn’t go as far as to say that “Stars” is a single perhaps, but here in the context of a record, I think it adds a lot of strength to the lineup & depth to their sound.  Let’s keep in mind that not all great tunes need to be savagely radio-friendly, shall we?  Sometimes a great tune can be exactly like “Stars,” where you feel like you get a real meaty story and song combined together…the hooks are the entirety of the ideas themselves, not some flashy sing-along moment, know what I mean?  Don’t get me wrong, you COULD sing along with the chorus if you felt so inclined – I’m not disputing that – what I’m really saying is that the songs Manelik designs aren’t dependent on the catchiness of a single moment, so much as they build engaging structures that keep you fully entertained from beginning to end.  They do that through brilliant instrumentation, through compelling vocals, and by keeping their focus sharp & delivering on the potential of their songwriting through their performances.  Listen to this cut get movin’ & groovin’ right from the get-go though will ya?  “Stars” is an excellent example of Manelik’s inherently interesting sound derived from their passionate playing, undeniable talent, & exceptional musicianship.

For myself personally…and chances are many of you out there will agree…”Twisted Life” is immediately impressive and the kind of sound that instantly has you wanting to find out where the rest of this whole song goes.  Built around a very smart & simple melody from the keyboard and tightly designed from there – you’ll find that the demeanor & vibe of Manelik lightens-up a bit in the atmosphere of this tune with a more playful performance.  Listen to the solo around the two-minute mark will ya?  There’s not just a bunch of awesomeness on display, but significantly different awesomeness than we’ve heard from the band so far on this record…and I’d highly recommend that they continue to explore this melodic vein of their music for everything it’s worth.  Something about “Twisted Life” is straight-up mesmerizing at the heights of its melody & hooks…Manelik is almost right into the exquisite sonic terrain occupied by Keane in these moments, and it certainly seems to be a sound that suits them spot-on.  I could entertain the argument that at over five & a half-minutes long, “Stars” beforehand might be a bit lengthy for some listeners, and at times, depending on the mood you’re in, you might feel that length wear on ya a little – “Twisted Life” was like the polar opposite in that sense; it’s the shortest cut on the EP and you want a lot more of it, every time.  I absolutely love everything happening on the keyboards, the drums/percussion are spot-on, the solos that take place in the background give the whole song a real 3D-like texture, and the bass solo up-front was spectacular…all-in-all, there’s not a remote thing I’d change about this song and it was a real highlight in this set that stood out for all the right reasons every time.  I think the vocals are incredible on “Twisted Life” without question…but really when it comes right down to it, it’s just a damn great tune from beginning to end, played flawlessly with the confidence it takes to explore & expand sound into a new direction and truly pull it off.  Don’t get me wrong, Manelik is built entirely of ace studio-musicians…we know they’re capable of a great many things when it comes to making music – but hearing it in action…hearing them audibly pursue a whole new avenue of sound was a great idea.

Because ladies & gentlemen…spoiler alert…but this last tune gets straight-up WILD – what a great cut to end the F.L.Y. EP with!  “Insomnia” featuring a breathtaking guest appearance from singer Ivy Marie is a seriously powerful gem and unmistakable highlight within this lineup tunes on the new Manelik record.  By the end of this EP, between “Twisted Life” and “Insomnia” at the end, you realize just how much more there is going on in this band than you’ll find in most – the sheer diversity in sound of these last two tracks alone clues you into the fact that there is a whole lot more to this story than we knew at first.  Between those first three cuts, Manelik really establishes a reliable baseline of their sound – and over the course of the final two, they flip the script entirely and flex a fantastic amount of radiant expression.  The pulse & groove that accompanies “Insomnia” definitely hits the mark, and quickly – you’ll be locked into the sound of this final song in less than twenty-seconds, this I can guarantee.  That being said…I think there’s a good chance we’ll all have to hand the final awards and accolades to Ivy, who really steals the show on “Insomnia” with a mind-blowing, gripping, and all-out no-holds-barred performance.  I’m all about it…it’s lively, it’s got serious bounce to it, and the vocals are off-the-charts amazing; as far as final tracks are concerned, this is as strong of a tune as you could ever hope to end on & a single-worthy song.  Manelik has given us plenty of reasons to jam this record…”Insomnia” might very well end the experience on its most widely-accessible & currently relevant sound…any way you slice it, it’s a massive highlight, and the exact kind of song you want to finish off strong and have people reaching for a repeat.

Make sure to check these guys out – and grab yourself a copy of the F.L.Y. EP at the ol’ sale at Bandcamp tomorrow to support artists/bands of the independent scene.  If you pick the EP up from there, you’ll get a bonus cut along with it, their original debut single called “Let The Rain.”  Hear the music & find out more details about Manelik at their official homepage at:  https://www.manelik.com/