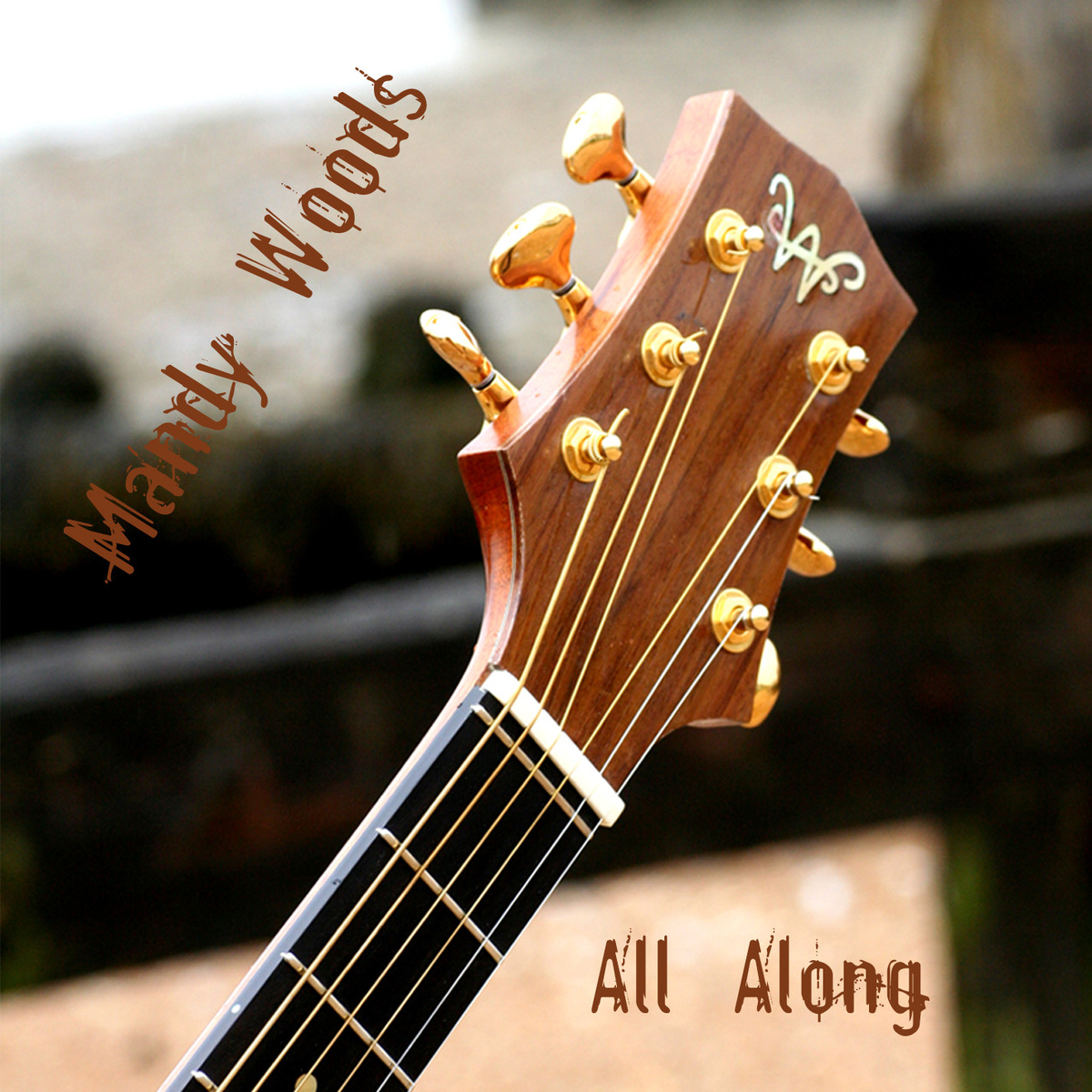 Mandy Woods – All Along – EP Review

Here’s a whole mitt-full of sounds you might not expect on this new EP All Along, and specifically Mandy Woods herself, a singer/song-writer of the folk-variety. Currently based in the UK, you can hear the accent creep through every once in a while…what can I say aside from it adds a little…hmm…like a little bit of a ‘distinguished’ element to the overall sound…it’s working well for her! And she clearly writes both passionately and like a true story-teller…you gotta love that in your folk-music don’t ya folks?

What I really found interesting, especially as the opening song “Don’t Wanna Run” began and subsequently throughout the album, I felt at many points if I was to close my eyes, I would have sworn it was a male singer. Now…don’t get me wrong, I certainly don’t mean any disrespect in saying that; by male singer, I’m referring to singers that used the higher-parts of their lower-register, like Robert Plant in Led Zeppelin. Mandy tends to sing in a much lower tone than you typically expect of the female front in a sound, and that uniqueness works to her benefit throughout much of the All Along EP.

Truthfully…”Don’t Wanna Run,” starts out a little shaky before finding its ground. Of the songs on the EP, this one I thought was one of the trickiest to get completely right; complex vocals & flow make this opening tune have a fragile nature and somewhat breakable feel to it…in a way similar to the early work of David Gray or Frightened Rabbit. The melody, idea and song itself all have redeeming qualities, and Mandy has her moments…but by comparison to songs found later on in the EP it comes out slightly less refined and polished.

I think immediately the song-writing, storytelling, performance and overall delivery improves right away in the following cut “In My Arms.” This is where Mandy displays what a real song-writer she is with a brilliant tale through the lyrics told expertly in a true folk-western setting. I know the song’s not about any kind of gunfight, but man can you hear this song playing at high noon or what? Love the atmosphere she’s captured here; it’s traditional somewhat, but it’s done well.

I think the Robert Plant comparison comes aptly into play on “All Along.” You can all call me crazy if you want to…but I think the similarities are there in both tone and style of Mandy’s delivery. Another set of excellent lyrics here on this song – she’s truly gifted in the wordsmith department; but this song comes together from every angle as well; great atmosphere, great music, great sound to it all. It’s melancholy, somewhat sombre in tone, but at the same time, through the lyrics, you realize that it’s much more than that…almost like a forlorn longing or admission of feelings long buried deep. Seems like an incredibly personal song and I think she’s nailed one really well here with “All Along.”

“Slick As Texas Oil” is one hell of a sad, sad love song. Like…damn…it feels like it’s raining on the inside of my studio kinda sad… Mandy! What are you doing to me here? This song is a truly emotional one, definitely expressing some pain and getting out some personal demons on this one I think…you really go with Mandy on this track…you feel that pain in a genuine way. Love the guitar and harmonica combination, the melody, another really well-written song. Mandy’s voice comes through a little on the sharp side sometimes tone-wise, but she’s also delivering with confidence and the full conviction of her fantastic words.

You’ve got a remix to go still yet, but I suppose the ‘ending’ of All Along if you will, takes place with the last original, “Come October.” I’m a little mixed on this one…not so sure if it’s Mandy’s fault on this one…there’s a rhythm and flow to folk-music that at times I find can become a little similar in the ol’ ears. The vocal flow on this cut sounds a little too familiar I suppose; I think Mandy’s adept enough to stretch a little more creatively as she’s shown throughout the middle of the EP.

The “All Along (Remix)” is wonderful. It certainly has the advantage of being an incredibly well-written song, but the additional low-end in the production and general fullness of this track is thicker, bigger, stronger. Truly though – she’s got herself a champion of a song on her hands and a real journey in acoustic folk-music here in “All Along,” no matter which version you choose, they both have impeccable merit and certainly a place on my stereo. Mandy’s created a really strong vibe that’s all her own and it comes through shining through the music, lyrics and smoothed-out feel of this final remix; a very smart way to end a well-written EP with the memorable impact it deserves.

Find out more at her official page: http://www.mandywoods.co.uk/